One the last day of the Trail, I ended up with a great collection of Art Trail venues - a church, a museum, a pub, a laboratory and a tea party! Being Sunday it seemed kind of appropriate that I started off in the church and St. Barnabas was exhibiting 14 paintings by Henry Shelton depicting the stations of the cross. The pale silvery blues, browns and fluid lines in this series were subtle but very effective and sat comfortably against the stone and the dark wood. It's quite a challenge taking photos in such a huge space but the paintings were behind glass which resulted in a few very nice reflections of the building itself. 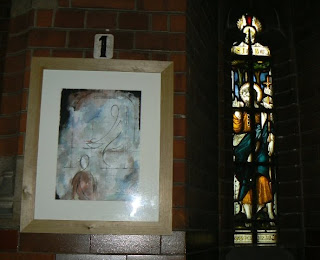 After this rather meditative start to the day I then went down to the Pump House Museum to see Kebab(ish), Harriet Hammel's life size soft recreation of a kebab shop. She was having problems because it was very windy and bits of the shop would occasionally make a break for it under a nearby train. Luckily it all stayed in one place while I was there and looked great, All the different components are so recognisable but it's the little details that make this work so brilliant and so funny. I loved the mouse, the flies, the cigarette and lighter and the pitta bread! 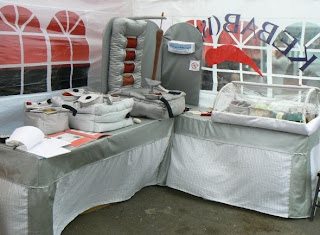 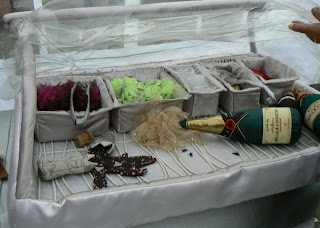 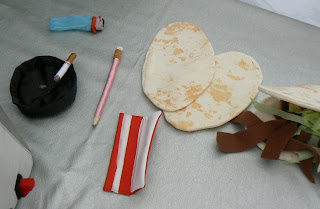 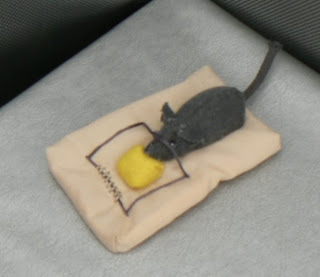 Also down there was Sidney Bell who I bumped into when I was at the Image 17 Show. He is not on the Art Trail map but he was very happy to show me his paintings which were being exhibited next to Kebab(ish). 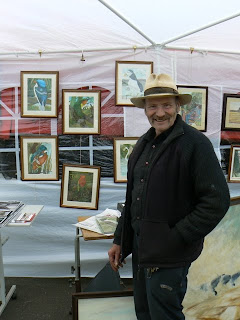 Next stop was the pub... yes, I'd finally made it to the Rose and Crown! Over the past week I had intended getting there three times and each time something happened which meant I didn't make it. However, although I missed several things that were on here earlier in the week going this late meant I got to see the fantastic Lino Cut exhibition. The Red Room looks superb with the work of Martin Adams and Anna Alcock lining the walls on each side. 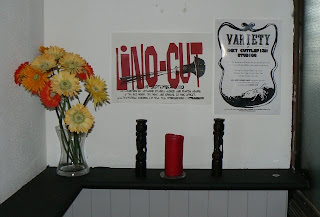 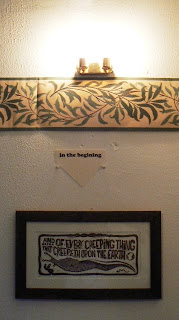 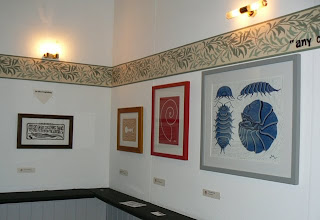 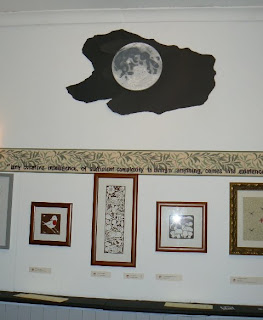 There is a Darwinian narrative in the lino cut prints of Martin Adams which he explained in his questionnaire before the Trail. There were some lovely images here. I loved the foxes and all the creepy crawlies and my personal favourites on Anna's side of the room were the glorious tiger and the two separate images depicting the sun and the moon. 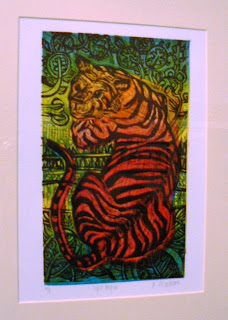 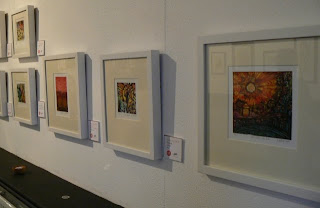 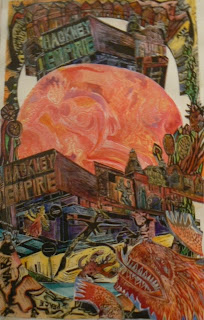 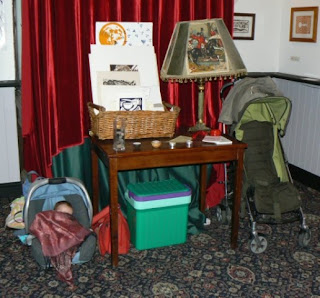 There were lots of other things displayed around the rest of the pub as well. 'Dreamers' was a joint exhibition and very impressive body of diverse work by Lorraine Huddle and Sandra Shevlin. There were paintings, prints, mixed media works and small framed ceramics but unfortunately these were the least successful set of photgraphs I took! So if anyone would like to send me others I will be happy to use them. 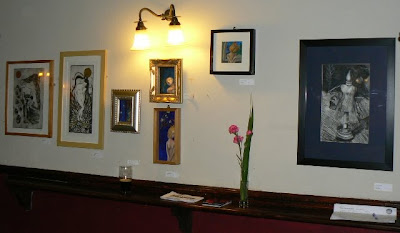 At the front of the pub there were some great photographs by Kate Tilmouth. I really liked the Autumn leaves one and the three hung in the window with the light behind them looked really good too. Gabriela Castellano's bright, abstract and flower paintings and prints really added a splash of colour and Fight the Height had managed to wallpaper a whole area with postcards that have been filled in over the course of the Trail. 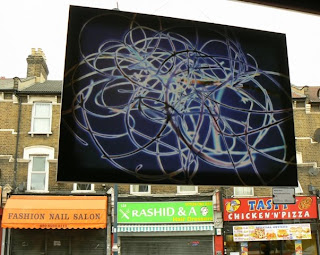 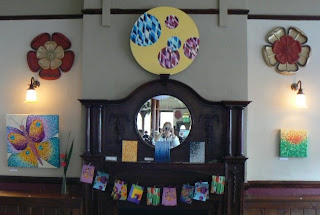 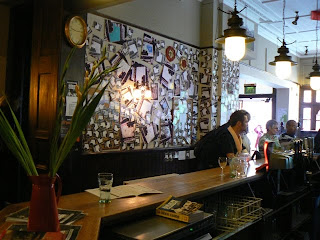 The pub was absolutely packed and there were all sorts of things going on. As well the all day breakfast people and the art viewers, a Mcguffin Film Society, EMD cinema campaign meeting was about to start and a lot of people had turned up for that. 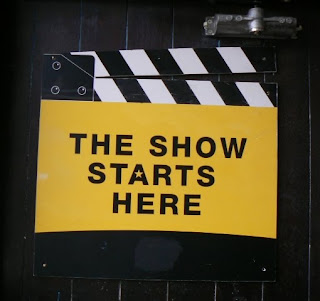 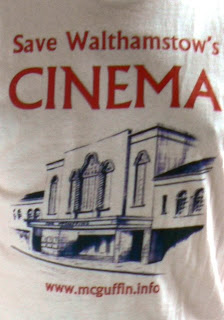 Went from there to surreal venue which was Dr. Knit's Knitting Laboratory. It really does look like a laboratory too. Clean white walls, test tubes, specimen jars and other lab equipment. However the most important equipment of all are the knitting needles... 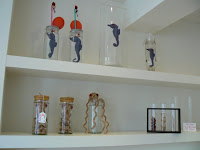 Ended up at the place it began and cadged a cake from East London Craft Guerrilla who were at Vestry House Museum for the Craftea Party. After that all there was for me to do was to pack up my 10 suitcases and come home! 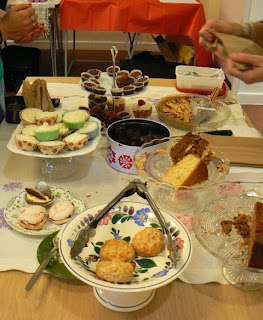 My one empty suitcase is no longer empty but I haven't had a good look through it yet so not sure exactly what what ended up in there. So it's not quite over yet......

I am inspired said...

Fabulous work
You missed a great day at Chestnuts House on Saturday please see my blogg on
www.iaminspired.co.uk
but there is always next year

Thanks :) I will compile a list of blog and website links that reference the Trail shortly and add you to that.

In the meantime if you have a review of anything I missed that you want me to post on this blog as a 'guest review' please feel free to send it to me (with a pic or two if poss.)

Being one of the artists mentioned I would just like to point out that none of my paintings were or are of flowers. Thanks for adding me to your blog though.

Sorry! That was a hectic day. Flowers was actually supposed to come out in the edit when I remembered it was a butterfly!

Thanks to everyone that made it over to the Craft Guerrilla CrafTea Party...we had close to 300 visitors! That's a lot of cake,tea and craft, We'll be restarting our E17 DIY craft nights in October. Check out www.eastlondoncraftguerrilla.blogspot.com for details,dates and venue.
See you all soon!