Diana Furlong - Zoom In, Zoom Out 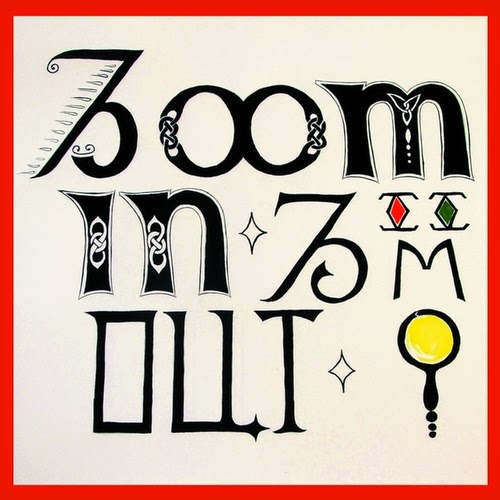 ZOOM IN, ZOOM OUT captures the essence of the seasons in two contrasting series of artwork taking inspiration from the patterns and lettering forms found in Celtic Art, and using scale by zooming in or out to differentiate between modern and traditional gilding and illumination skills.

Preparation started over six months ago with research and study including two short courses at the Princes School of Traditional Arts in Shoreditch to learn how to make paint pigments, and the art of Medieval gilding and illumination. It has been an extremely intensive period during which an average of twelve hours a day has been spent learning step by step the many skills needed to bring this exhibition together. Diana's exhibiton extends past the end of the Art Trail until Sun 3 August.
(The William Morris Gallery is closed weekly on Monday and Tuesday).

Living in Walthamstow with its high proportion of artists is such a motivator as knowing that at any time of the day and probably into the night there are many creatives diligently toiling away at their chosen craft. For Diana the best part of the Trail is catching up with this talented tribe and seeing the diverse work that they have created.

As part of The Wandering Scribe's persona Diana will be seen 'Wandering' around the Art Trail in Medieval costume.

Join in with her Family Activity Day CELTIC PATTERNS on Sat 31 May 1-4pm, or Meet her at the William Morris Gallery on Sun 8 June between 2-4pm.

Listing no.22 in the guide: Click here for more information