Overwhelming levels of positivity were sweeping through the garden of Vestry House for the Artists’ Reception yesterday evening. All the guests had been frantically hanging, framing and arranging in preparation for the weekend. Having spoken to a number of artists and organisers, I can guarantee there are so many exciting things in store for anyone who ventures to E17 over the next couple of weeks. Instead of reading this, go and check them out!

However, I will carry on..

The evening began with Anna Skodbo singing and playing the harp - beautiful music to take in the surroundings. 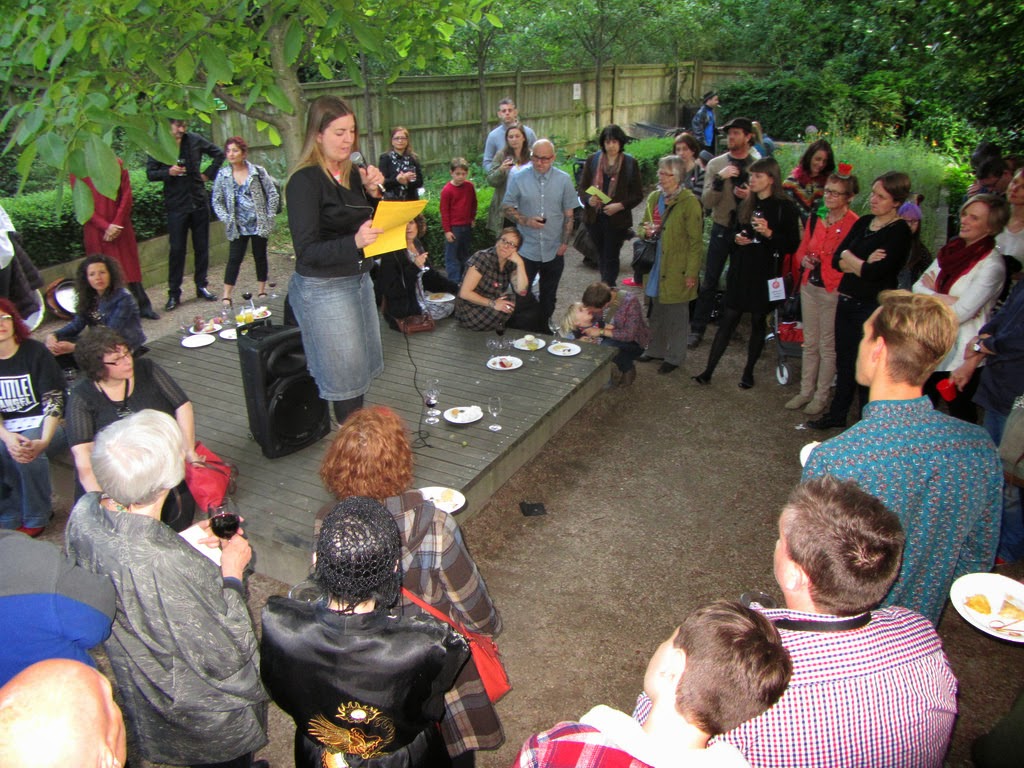 After everyone had chatted, eaten and drunk, Laura Kerry from Artillery gave an E17 Art Trail welcome and in her incredibly modest style gave thanks to all those involved in making this the tenth E17 Art Trail. Her and partner Chris set up the trail (a one day event, ten years ago). She read a letter from friend and colleague Morag McGurie expressing her sentiments about the 2014 Art Trail being a real milestone that was still growing in momentum and support and excluding the paragraph she knew would make her tearful. Morag then emerged from the audience, stating that it is not just the two weeks that are important, but the legacy that continues throughout the year. A presentation was then made to Laura for Aura Rosa Bakery from all the artists involved - something for post-trail recovery!

Paula Van Hagen, who joined the Art Trail team this year as Curator, was warmly thanked for absorbing the spirit of the event so quickly. 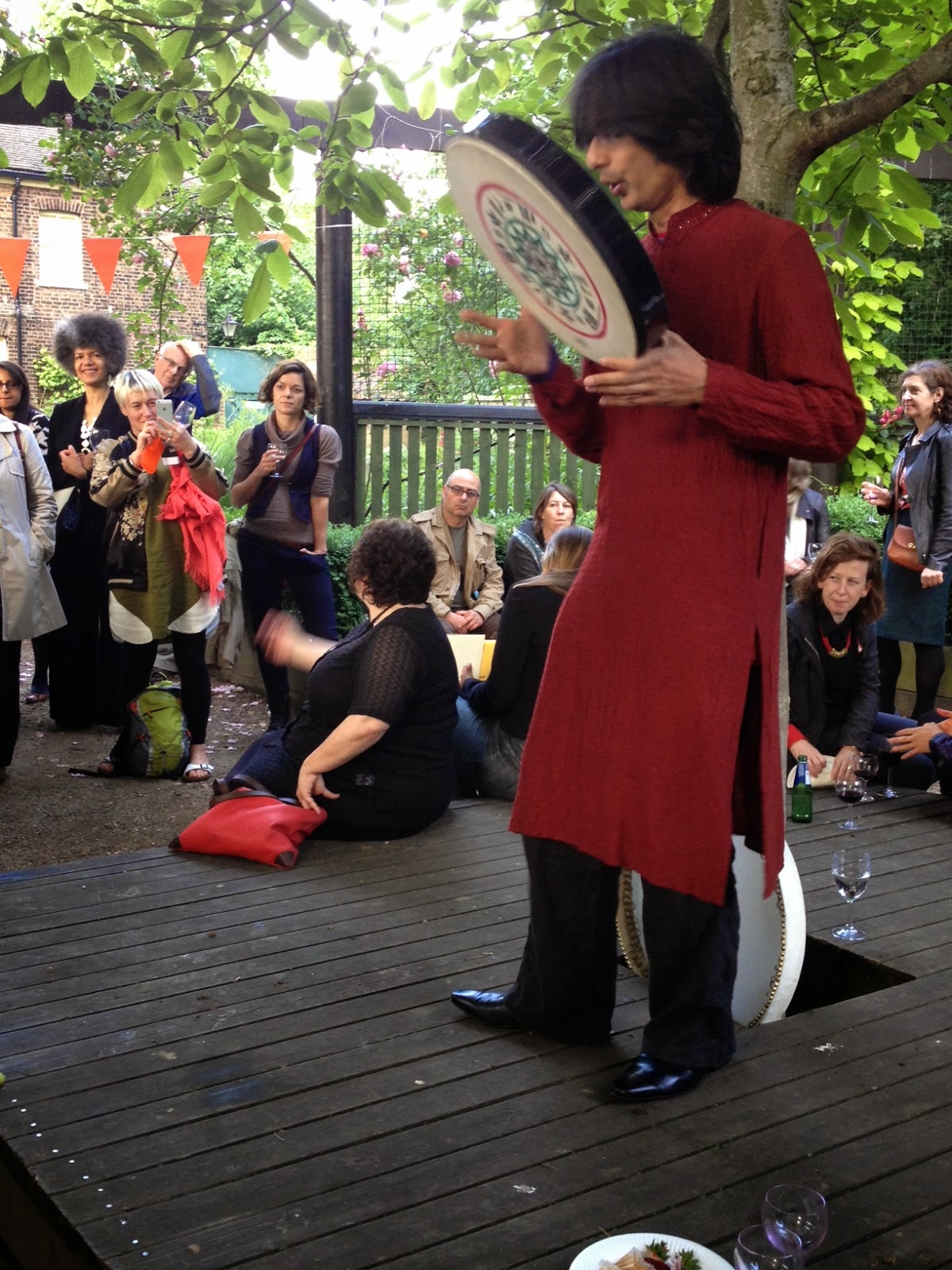 The speeches were followed by Khaled Hakim’s Sufi drumming and singing. The first song he played was ‘Keeping on the Path’, which he related to the struggle of artists, especially those related to funding and health and safety. Next, the audience kept the beat by chanting the Arabic word for 'living' in a metronomic beat, while Khaled sang and drummed over it.

Terpsikhore Mime followed, performing various ways of killing each other after which the crowd got involved by learning the Lambeth walk. For Spotify users, it sounded a bit like this (excuse the picture - the E17 Art Trail does not approve of under-age drinking!)

In the spirit of ‘swept up in the moment’, I will spare the participants by not including video.

Along with the food, donation bar and ‘make your own’ accessories stand (evidenced by the unusual collection of burly men wearing dainty hats), there was a tombola with wonderful prizes donated by the artists in attendance. Towards the end of evening, the remaining prizes were auctioned off by Stella Creasy MP who had arrived to show her continuing support to the Art Trail.

The most coveted prize was a pineapple ice bucket complete with matching coasters. When it came to this Stella proclaimed, ‘Any of those Stokies who want to make it big in Walthamstow, this is your chance!’, and after a slight lull in the bidding, ‘C’mon, it's got Dean Martin written all over it!’. 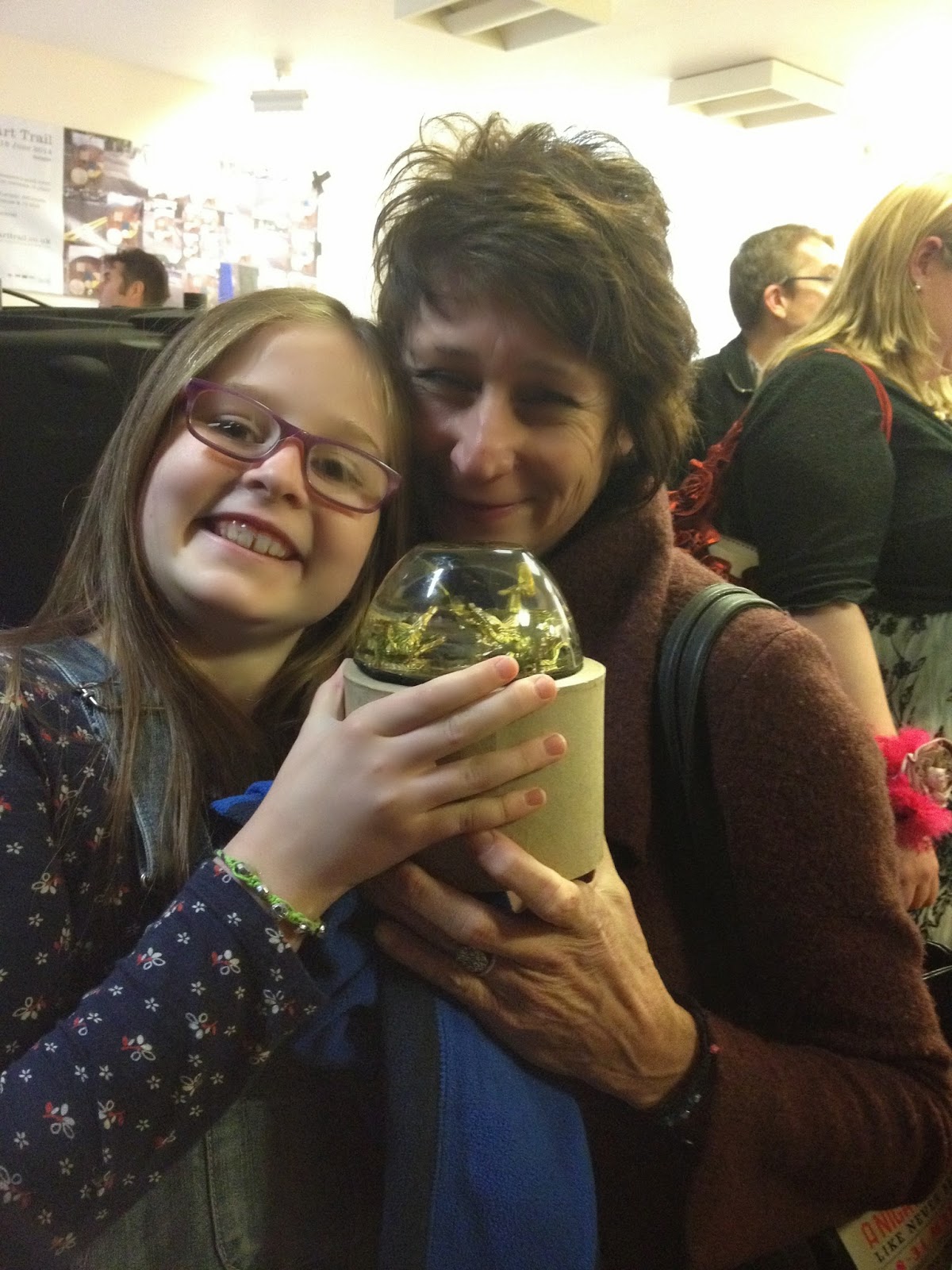 I believe it went for £35, which, having just checked on Ebay, seems like a good deal (if you’re interested, £50 with no coasters).

These are some other very happy customers who successfully bid on a sculpture of encase gold painted toy soldiers by Wendy MacMillan.

Thinking about the evening, it was overwhelming how much talent and enthusiasm has gone into the E17 Art Trail 2014, so I say make as much of it as you can. Meet new people, be amazed by artworks and dance to unexpected tunes! 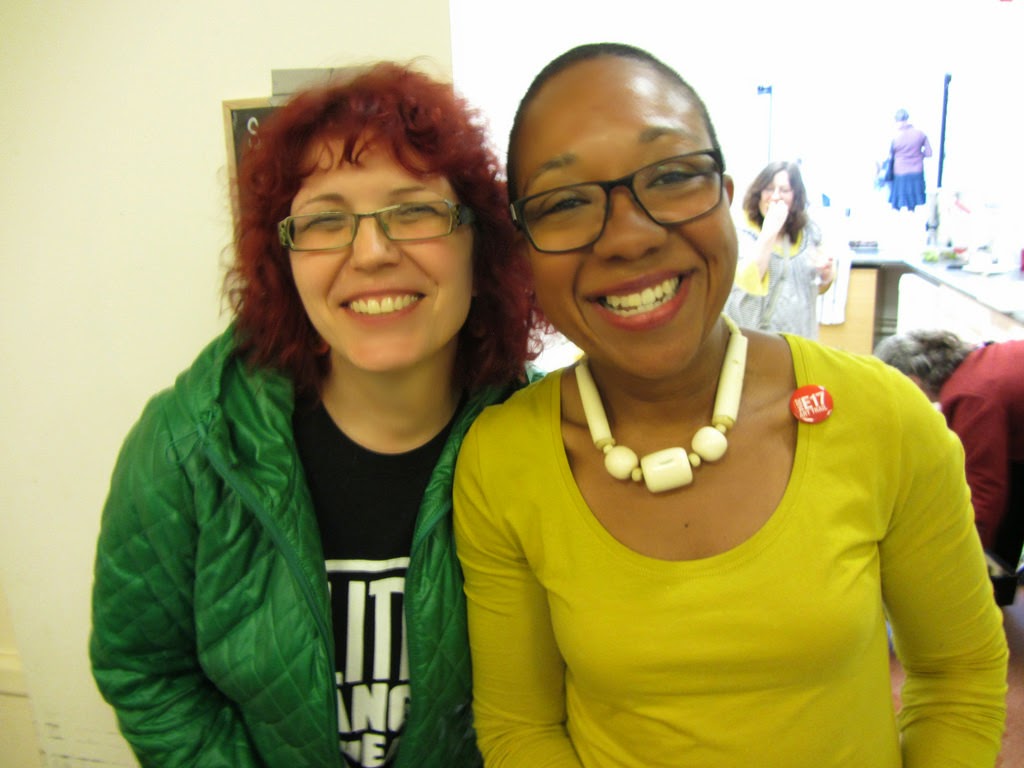 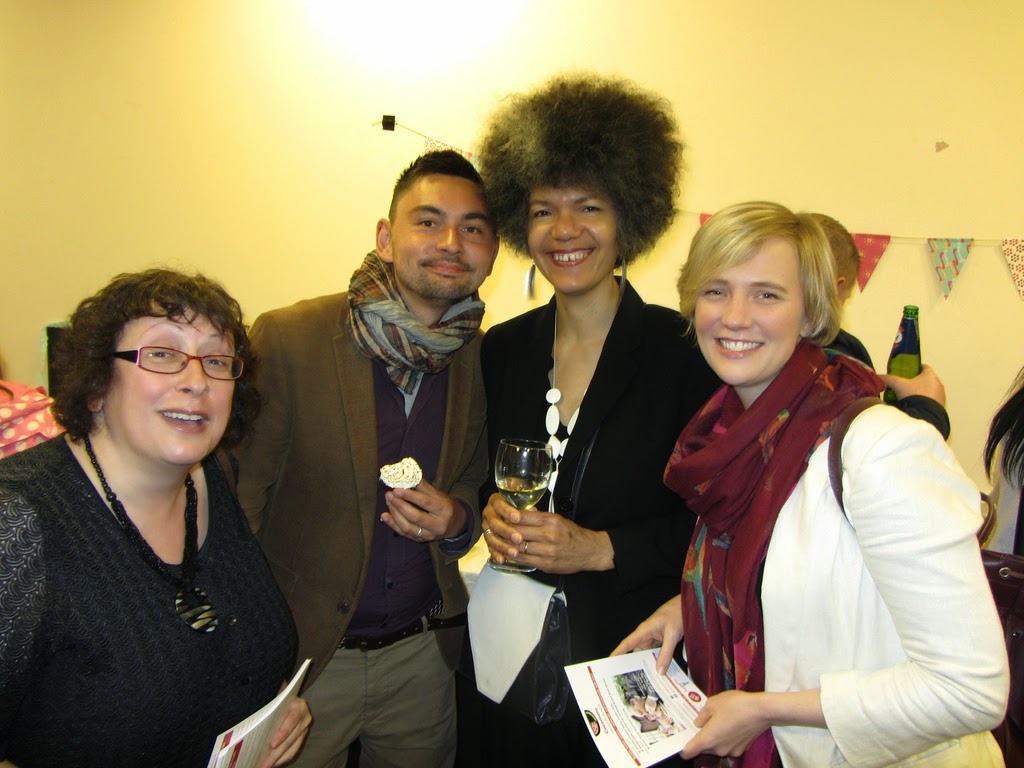 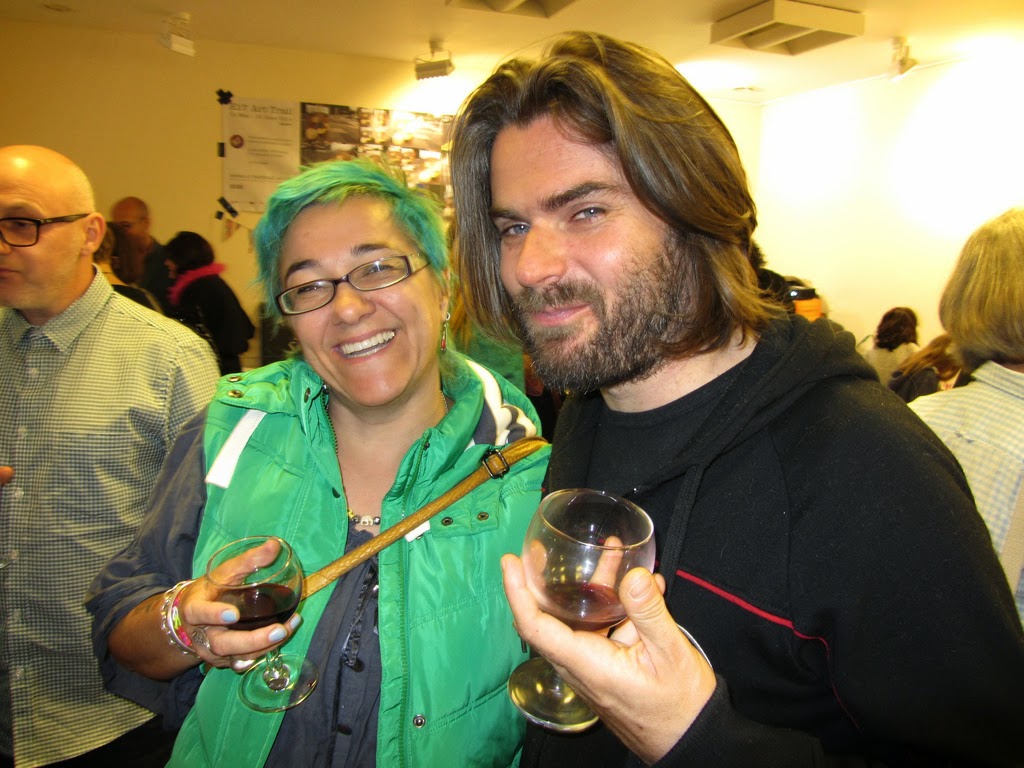 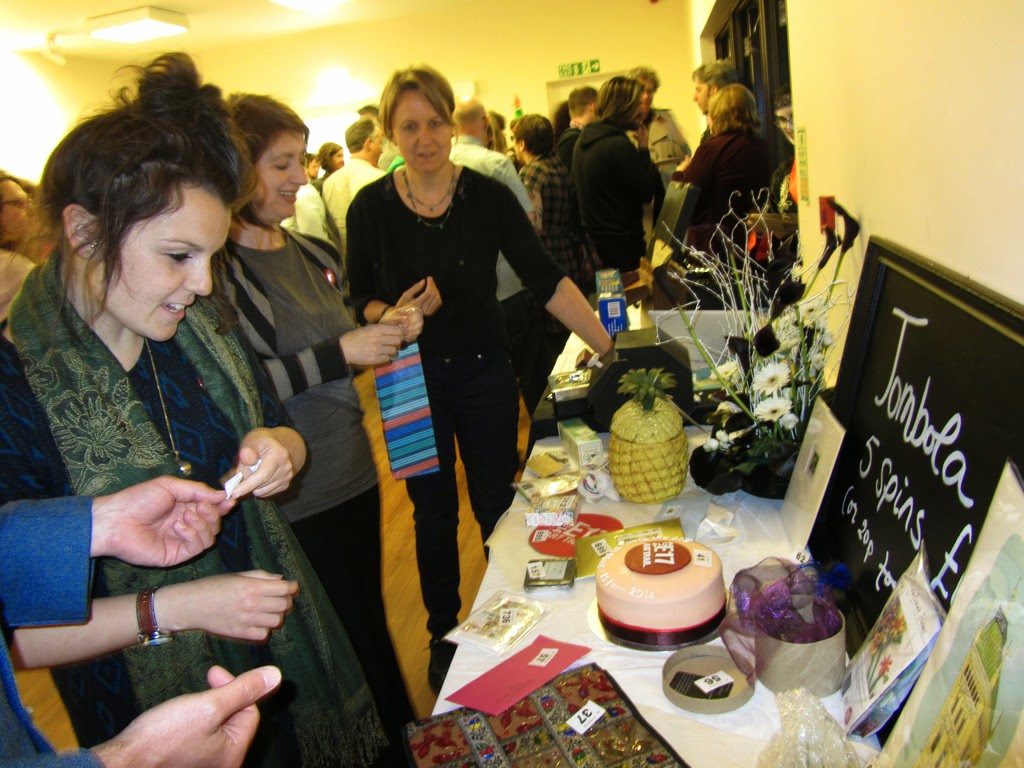 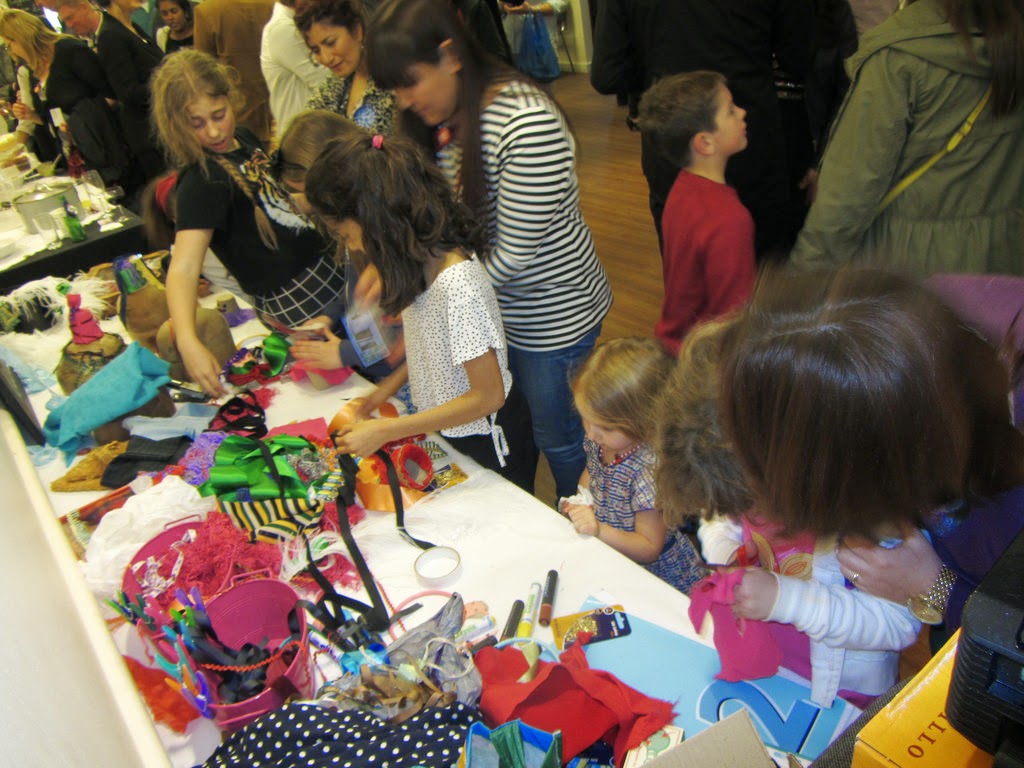 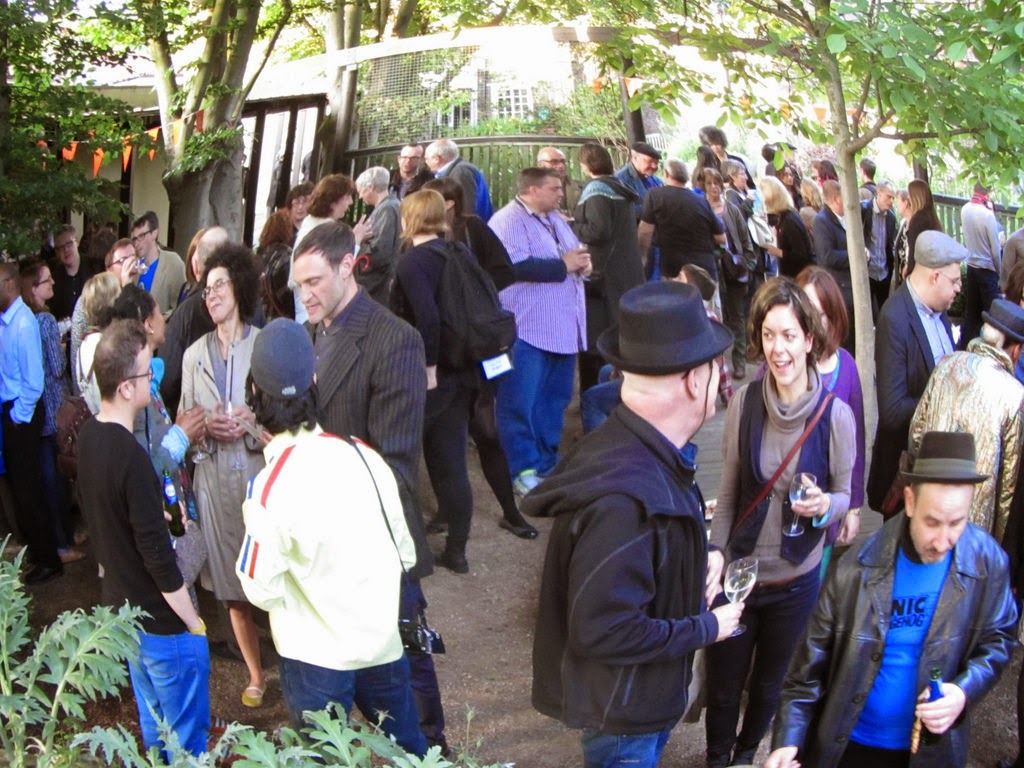