A few stops along the Wood Street Trail

Anja Jane and Coffee
On Turner Road, we were welcomed in by Anja Jane. She had her own screen prints on show as well as the works of water colourist Marianne Preel and animation by Adam Vanner. She tells me she began making screen prints while studying textile design and she still works in this area. She has some fantastic designs showing local scenes, animal life and flowery motifs among others. There is a pretty garden where guests can enjoy home-made cake and coffee. 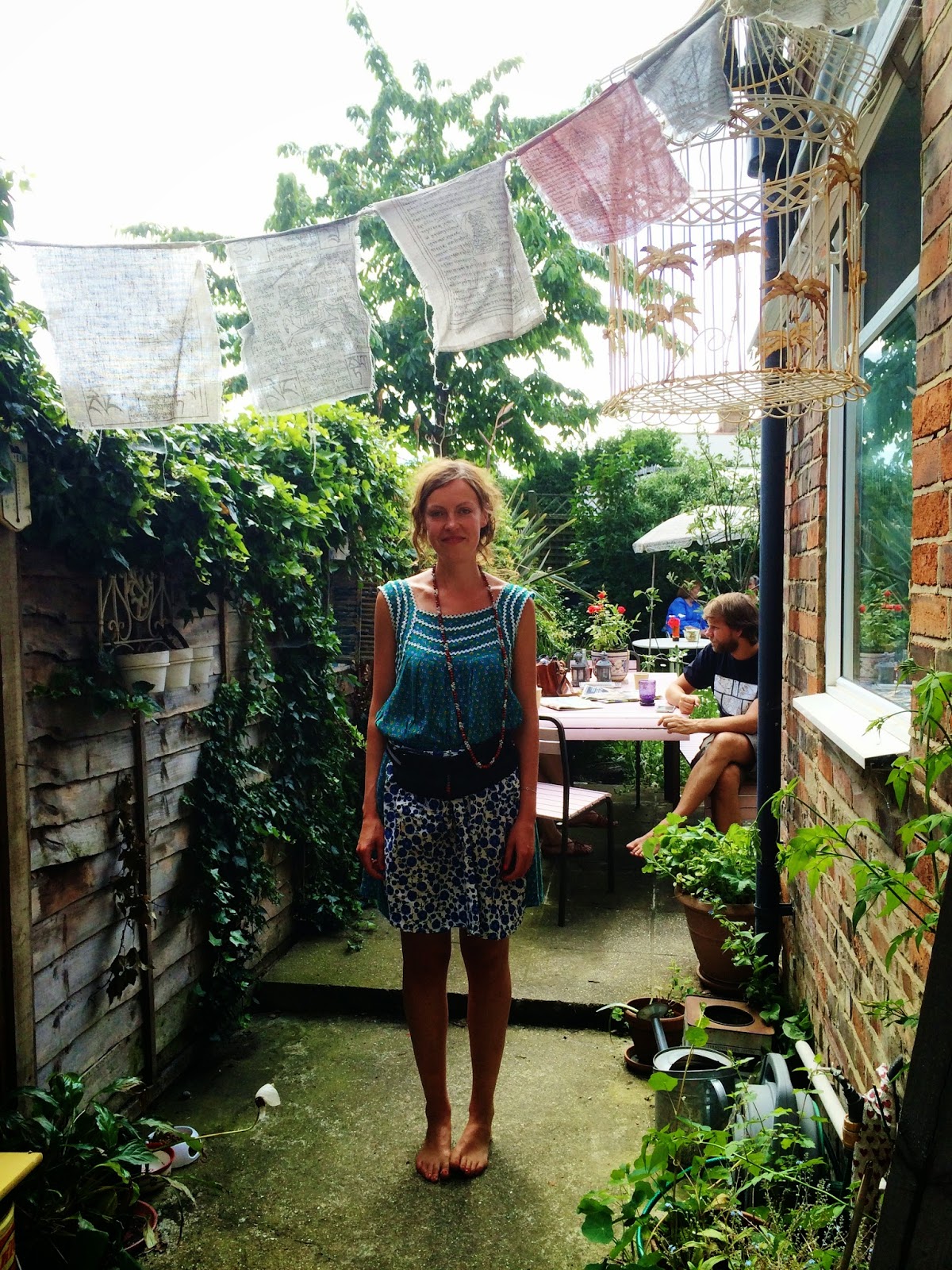 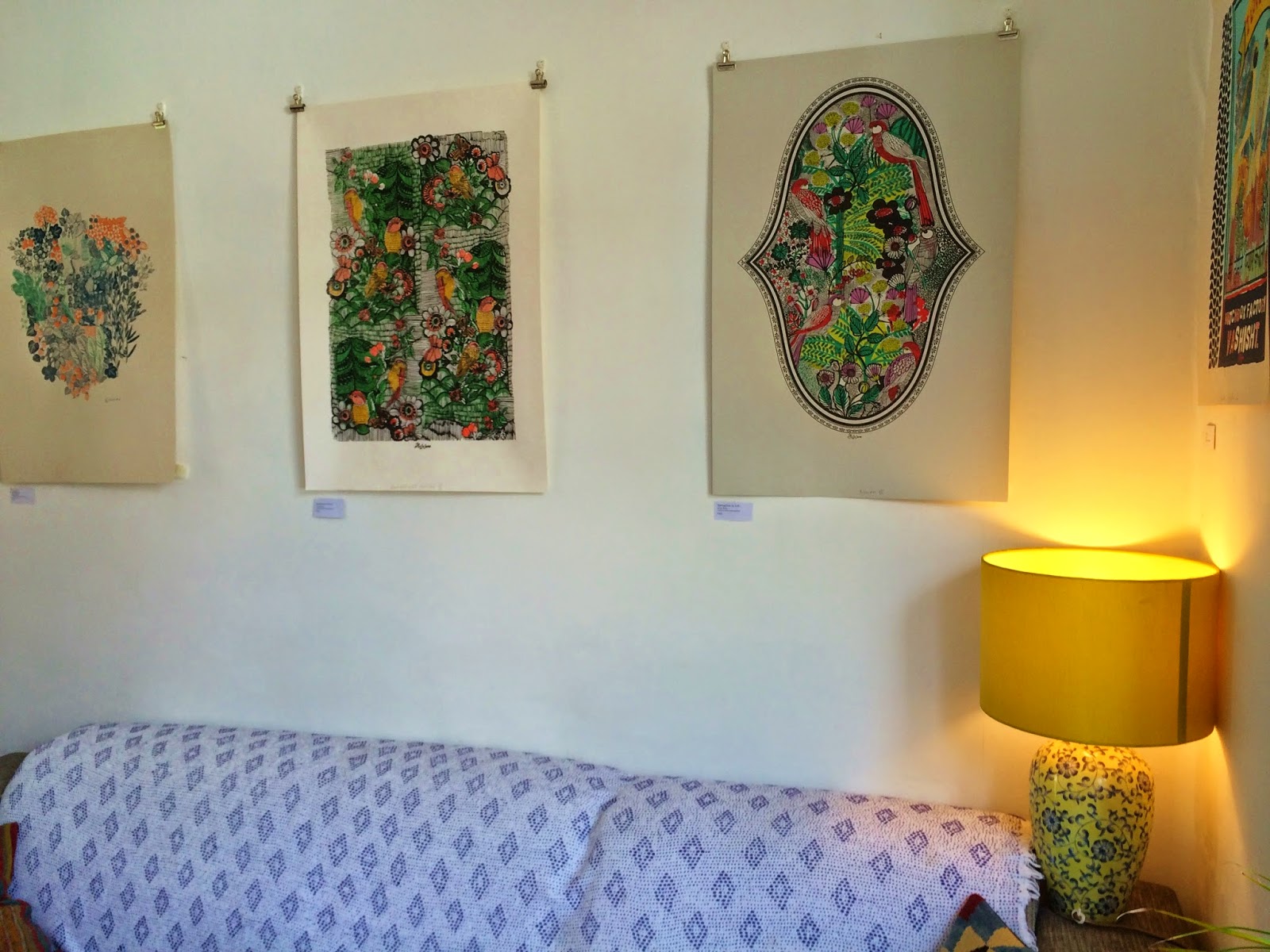 15 Upper Walthamstow Road
Not far from here, heading further toward the beginnings of Epping Forest is Upper Walthamstow Road. Signs lead us into the long garden of number 15, where we meet artist Sharon Drew. It has recently been announced that her work has been selected for the Royal Academy Summer Exhibition this year. She tells us she has lived here for about 20 years and has used the studio at the end of the garden since moving in. 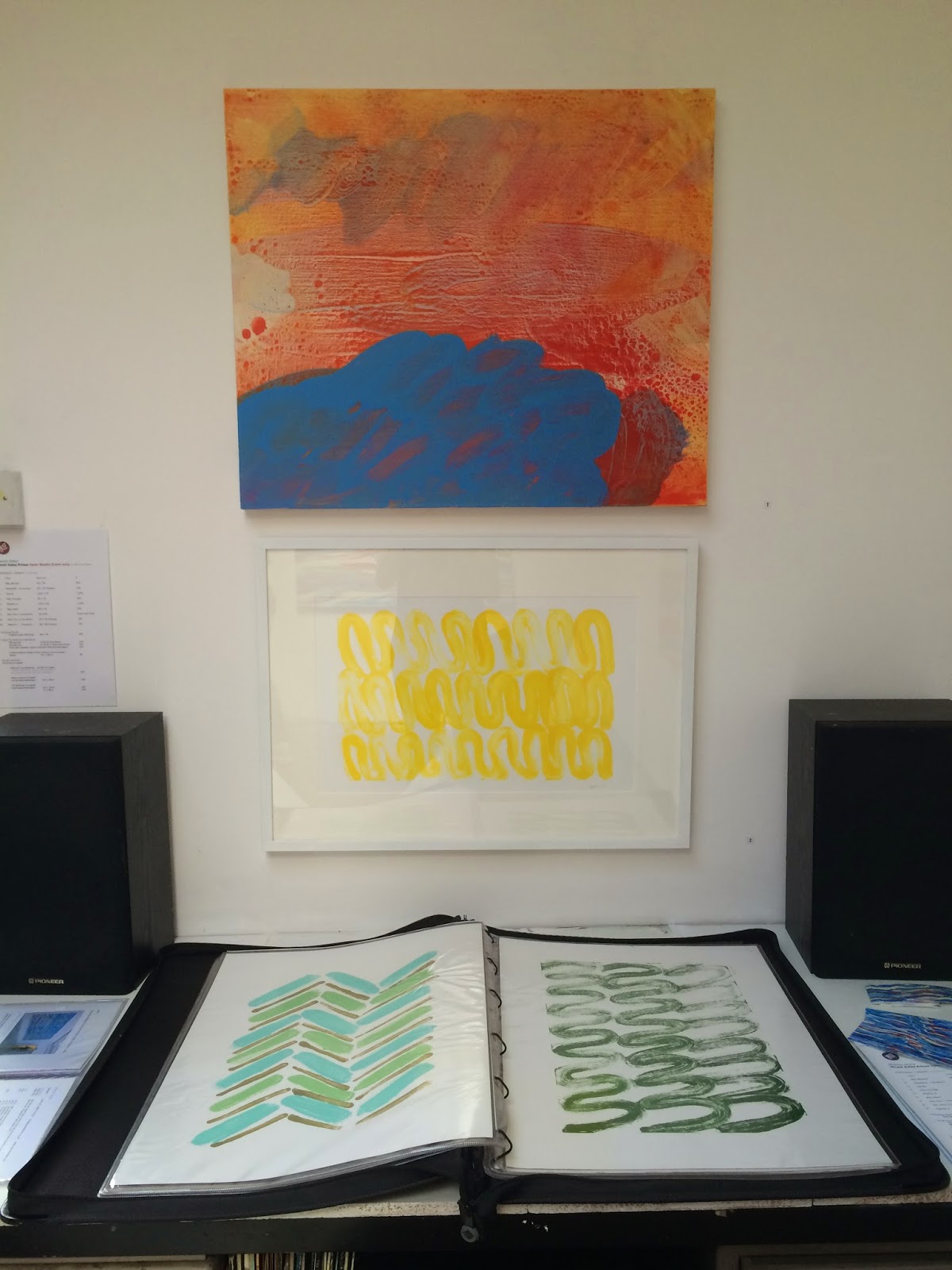 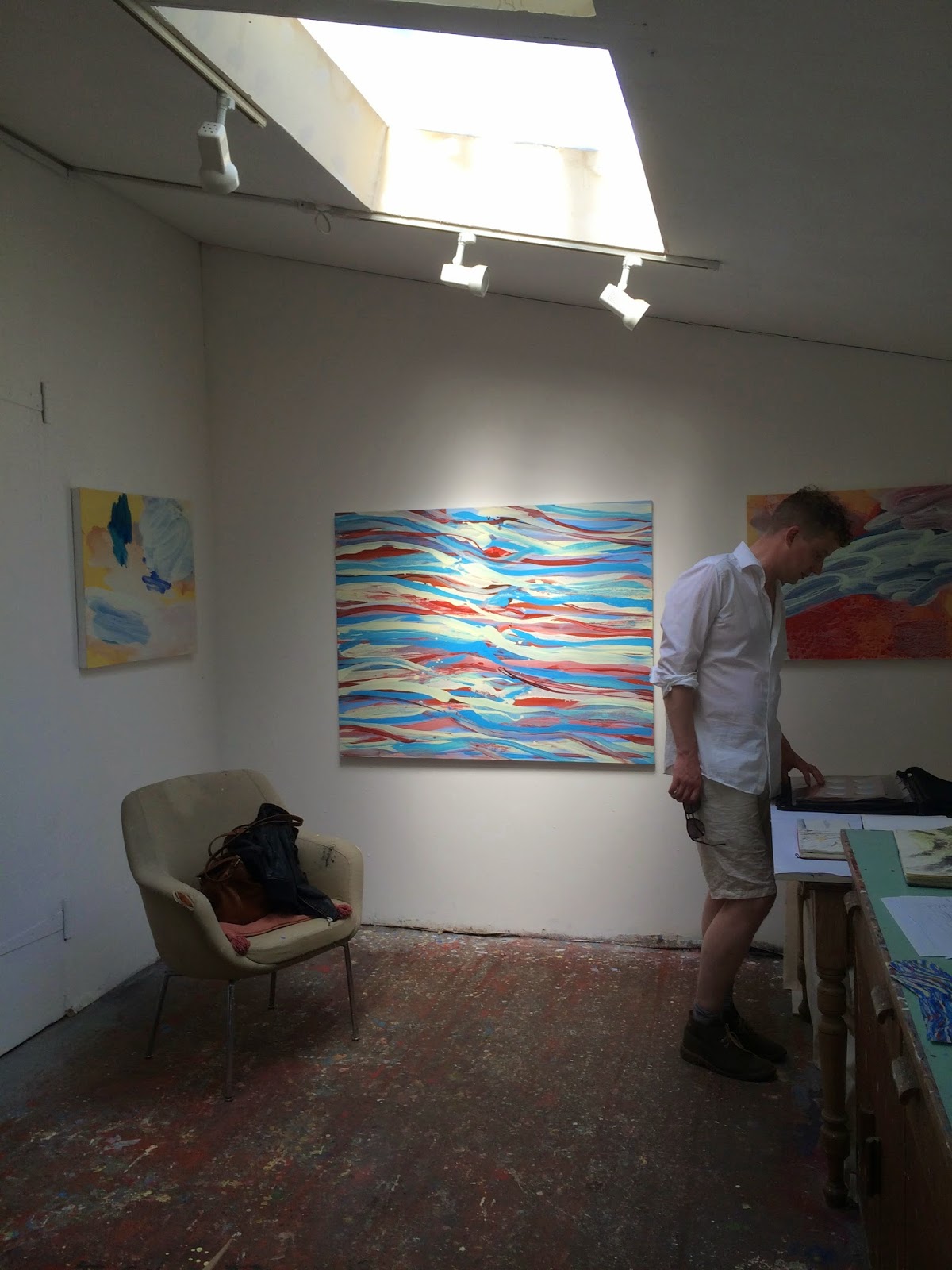 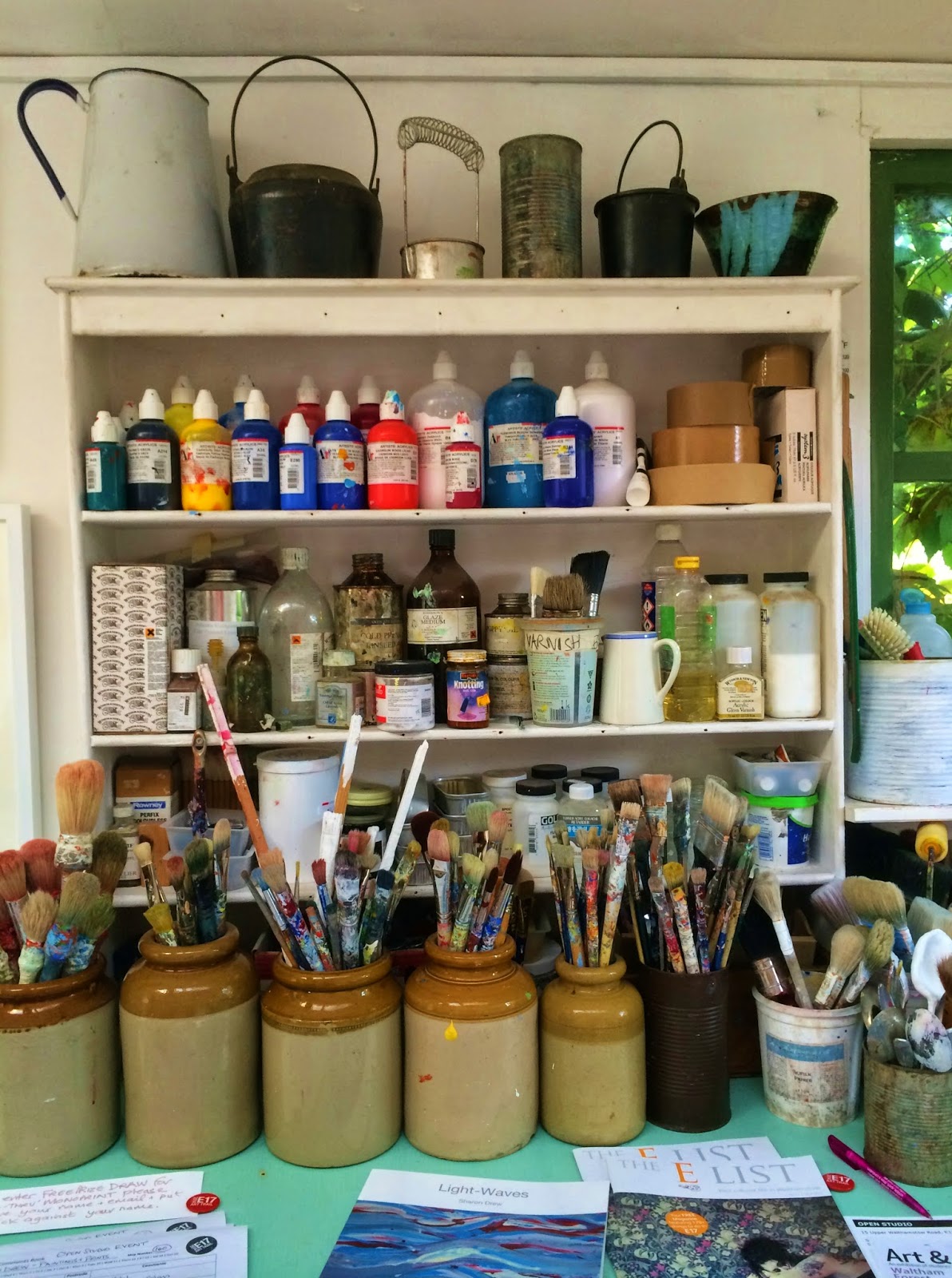 In her studio, it is a real privilege to be able to look through her sketchbooks and smaller studies alongside the large paintings and to see her materials lining the shelves. There are a number of beautifully captured seascapes in the sketchbooks, mostly painted or drawn on the Cornish coast around St. Ives. Though she informs us that she never directly develops an image into abstract, there are certainly motifs and influence from these that can be found in her larger, layered acrylic abstract works. The paintings which hang on the wall have a wonderful texture and are very animated. Sharon explained that she works with the canvas on the floor to create this effect. Such insights are part of the joy of being able to talk to artists in front of their work and this along with the ability to see the materials and related artworks together leads to a much better understanding of the creative process. 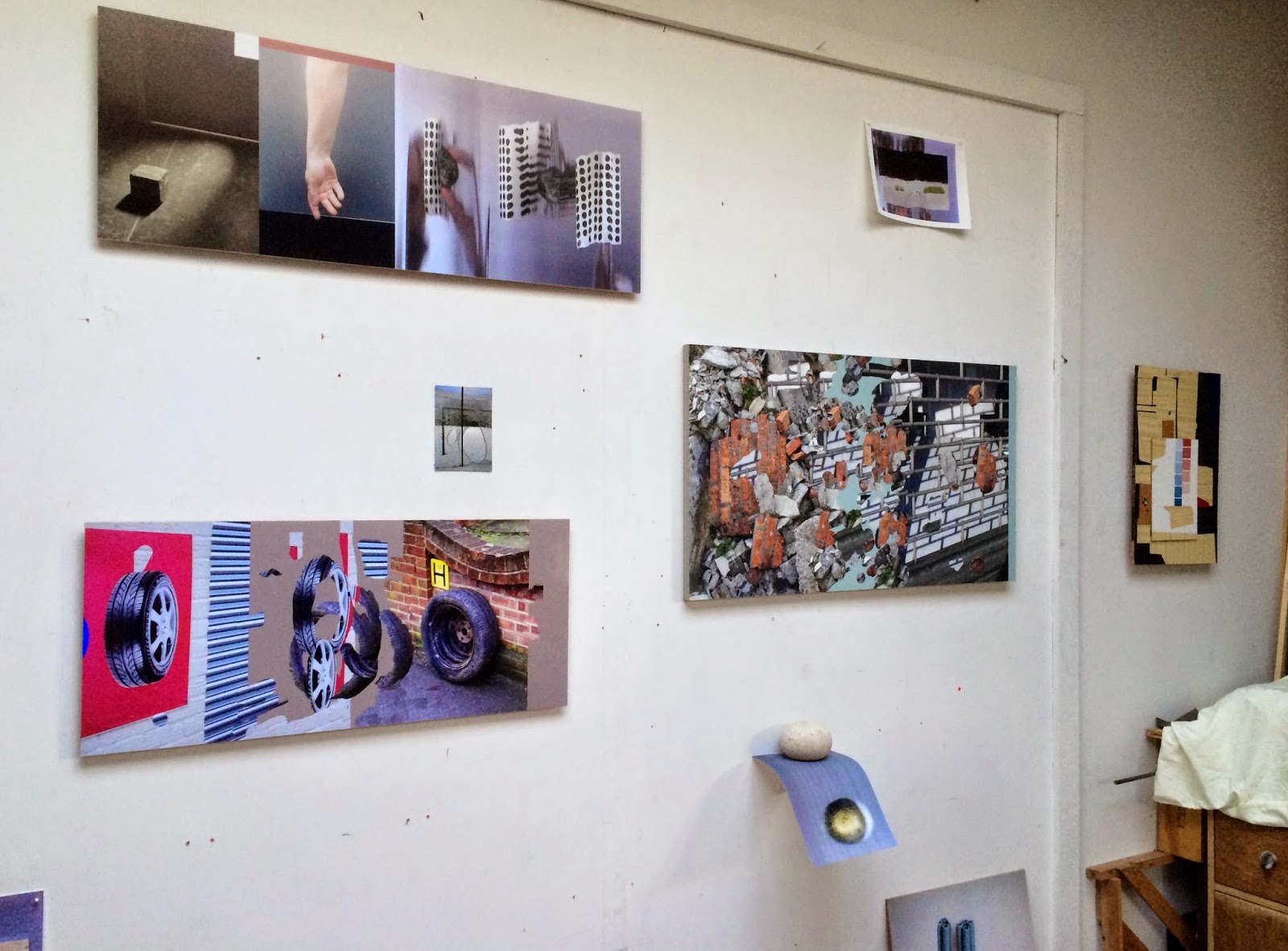 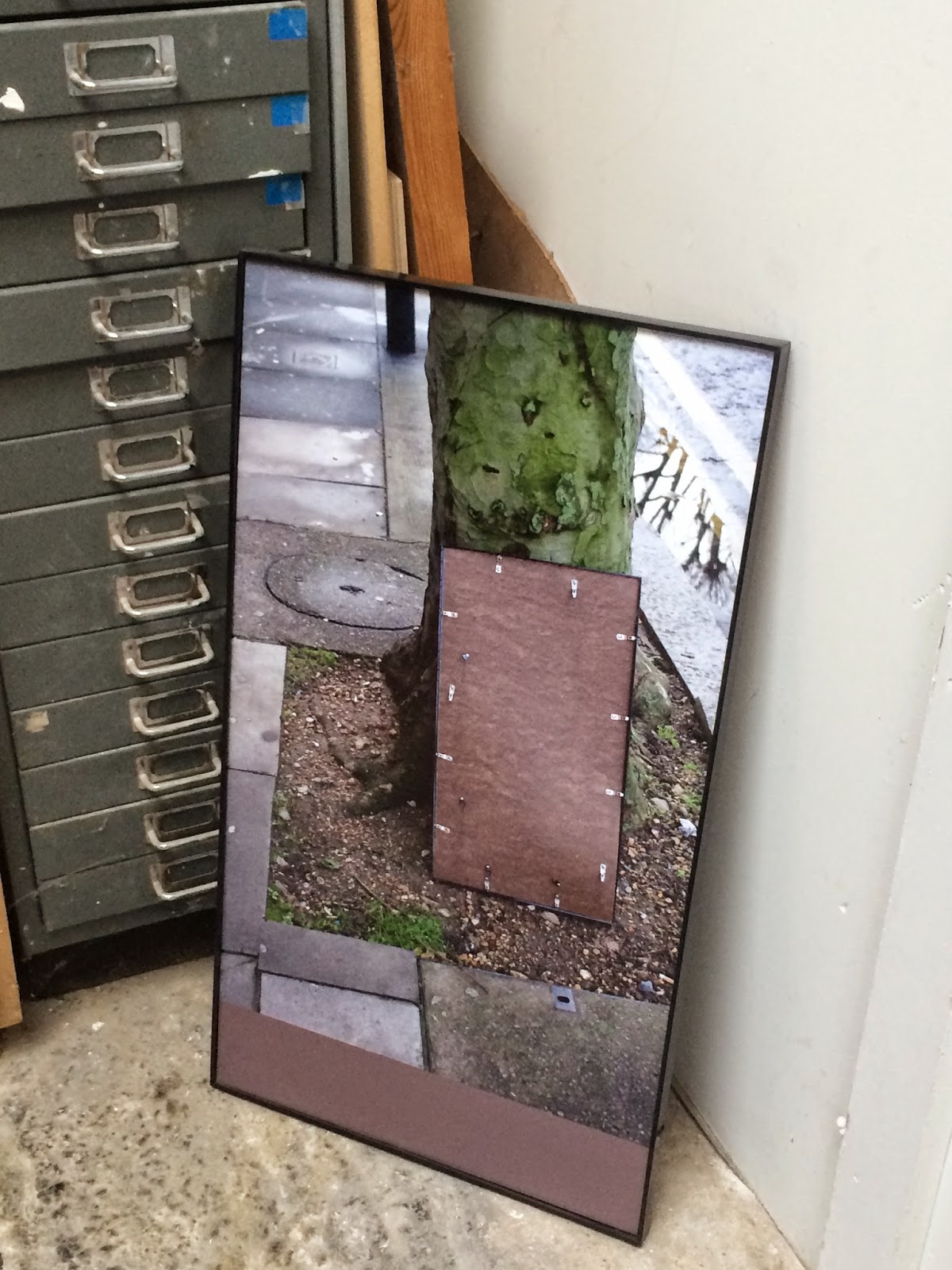 The adjacent studio is occupied by photographer Mark Sowden. The opportunity in the studio to look through his his studies and experiments that develop into final works give greater depth to the understanding of his practice. When I ask about the visible computerised ‘brush-strokes’ on one of his larger works, he tells me about his experiments using scanners and the cloning tool on Photoshop. Some of his works relate to forms of representation that seem to question the division between representation and reality, somewhat continuing in the legacy of Magritte’s “ceci n'est pas une pipe”, but using modern technology. So, he has a rounded stone set onto of a scan on the base of the stone (this is not a stone). His works have other self-reflexive qualities to them as well. A photograph of a found frame discarded against the base of a tree is positioned on the ground leaning against the wall at a similar angle to the subject of the photograph, fixed a similar black rimmed frame. He often uses collage in his works or takes photographs with layers and unusual juxtapositions that seem as though they might be collages.

Josh Berry, who has just graduated from the University of East London, where Mark Sowden works as a technician, has joined the other two artists for the Trail and is exhibiting a series of sculptures alongside Mark's photographs in his studio. These are balloons stretched over animal bones collected by Josh from the shoreline of the Thames. These rest against or are supporting pieces of stone from the studio garden, including bits of road surface and pieces of flint. There is an interesting contrast of textures and the modern plastic materials seem to be containing or protecting the much older bones. However, their fragility is revealed by the already visible disintegration of the balloons and the strained areas where they have been stretched over unusual angles.


St Peters in the Forest
We headed into the forest, towards the start of the Corinne Price audio tour (more on this in another post), and on the way came across St Peters in the Forest. Here they serve tea and cakes on Sunday afternoons and have prints and cards for sale inside. They been involved in the Art Trail through the Community Centre which the day before had held the Kid's Kitchen cooking class for under-fives. I am informed that (beyond all odds) this resulted in a gourmet lunch in the garden. 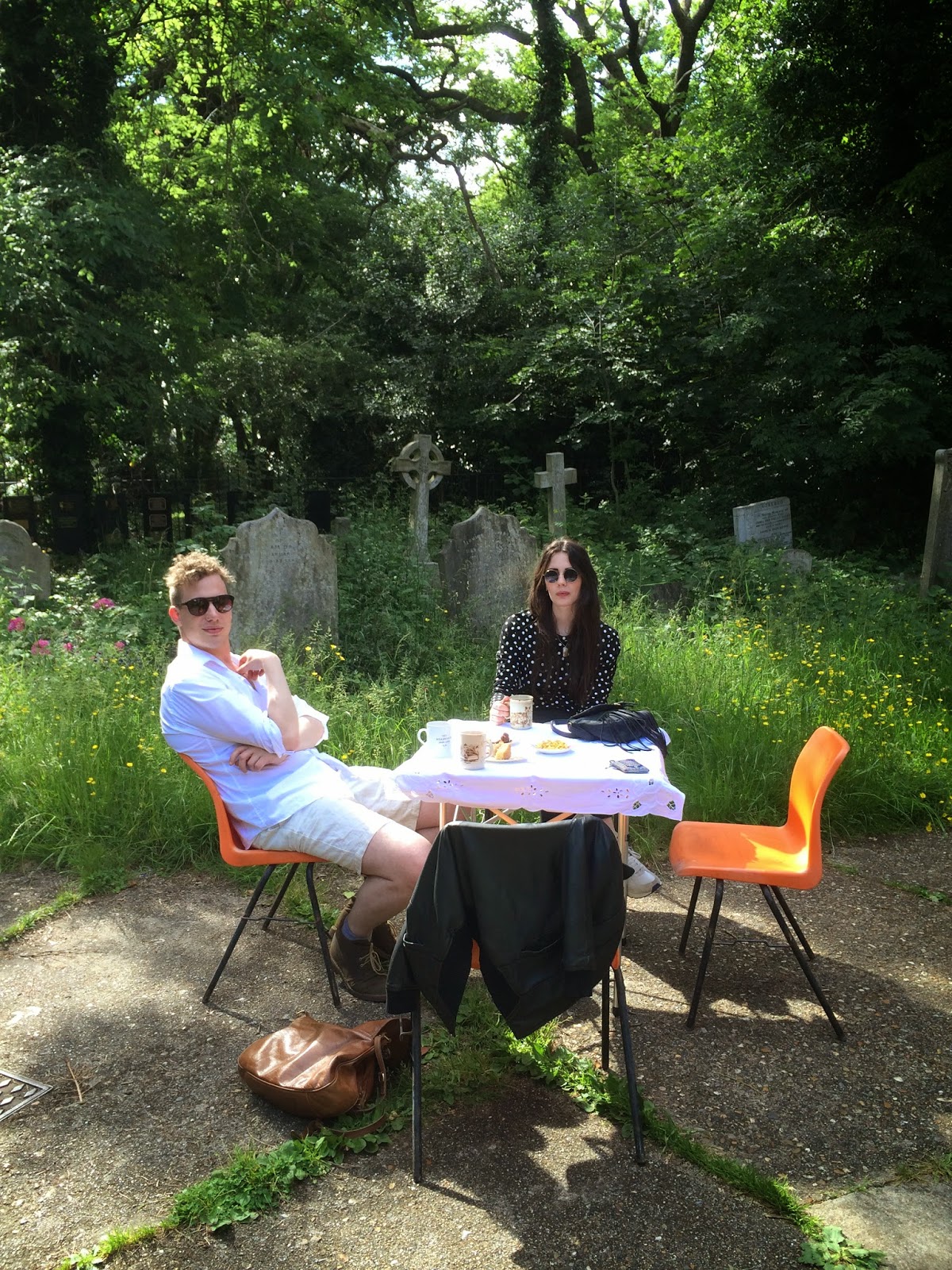