Definitely Not Going to the Dogs

Watermelon and friendliness were in abundant supply at 4 Penrhyn Crescent last Sunday, for the opening of Going to the Dogs – an exhibition of eight pieces, some of which reference the old dog track nearby. The real star of the show though is the exhibition space. Lorraine Ward and Shaun McGlinchey spent four years collecting materials and two years in the building to create this gallery/studio at the end of their garden. It’s a long way from your average shed. 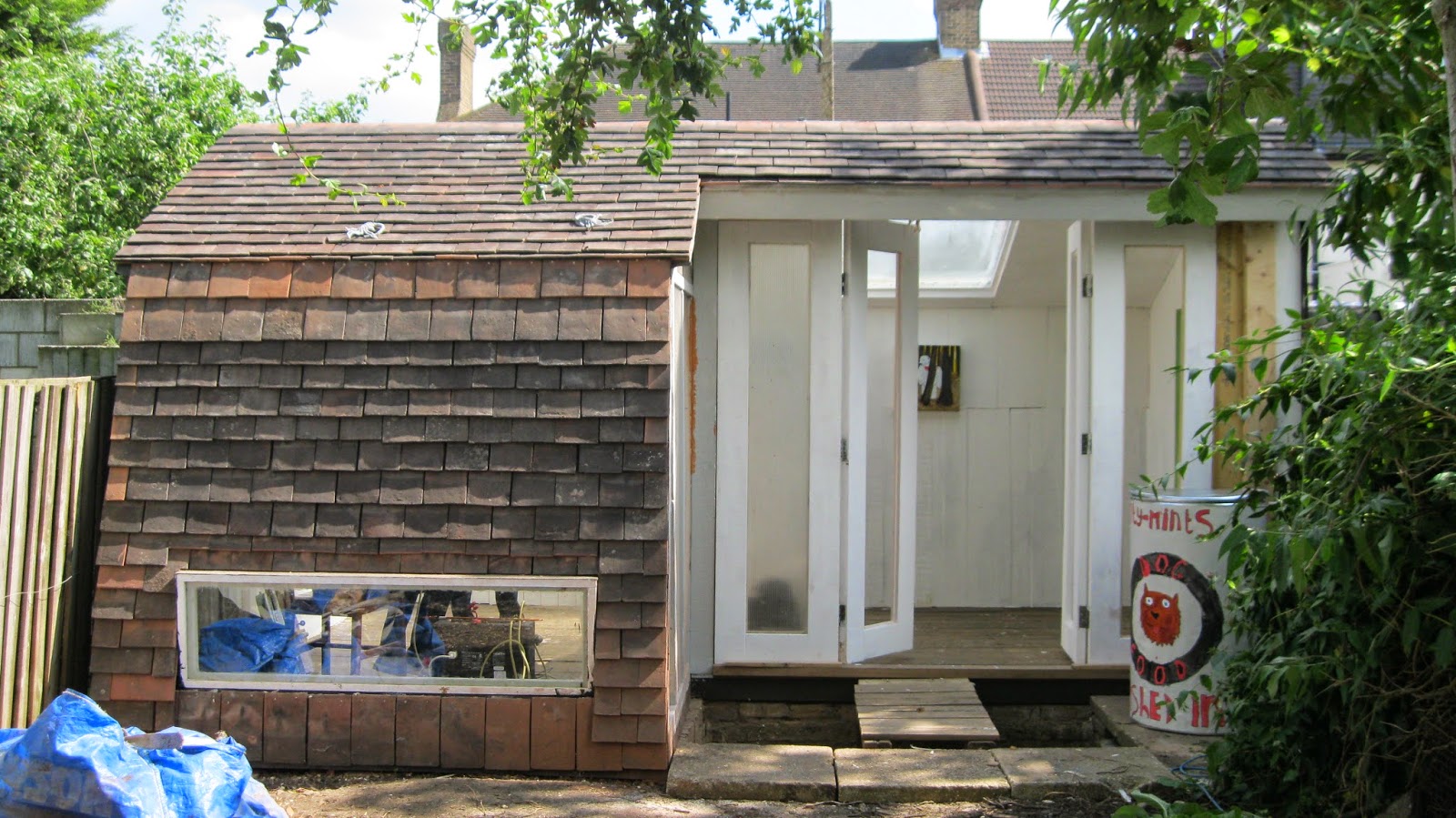 The timber is all reclaimed, the windows were being chucked out and the tiles came from kindly neighbours. They’ve amassed a wealth of do-it-yourself urban recycling and building knowledge, from the desirability of builders’ offcuts (thermal roofing insulation especially) to reclaiming protocol (always check with the owner if possible). But most important: be quick! Walthamstow’s opportunistic salvaging community don’t let anything hang around for long. 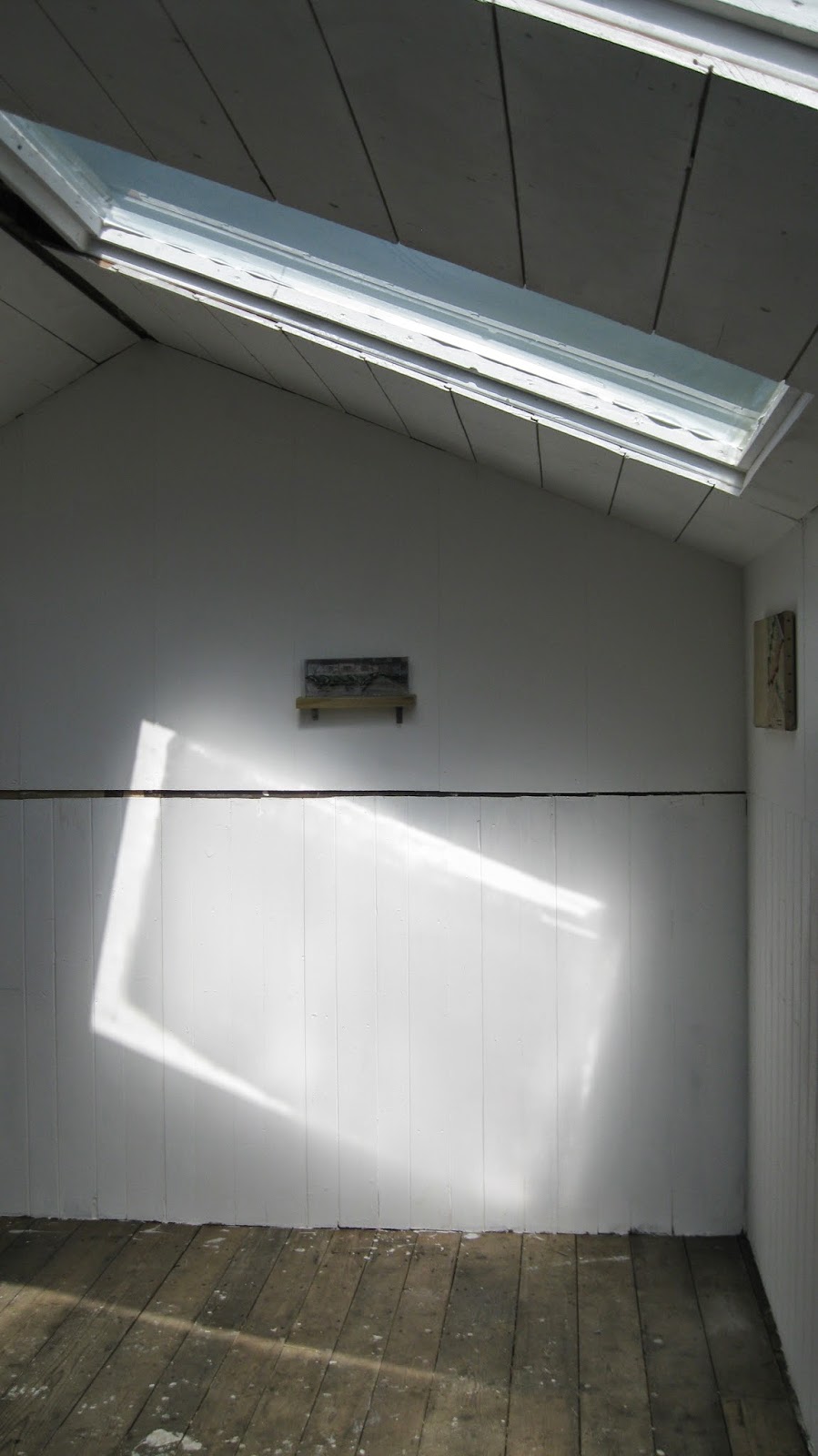 As well as being a beautiful bit of architecture – with electricity and lighting to boot – it’s the perfect space for any number of things. The roof window means there’s plenty of natural light, it’s long enough for a 14-ft table and just to add to the magic they uncovered the cavity of an old Anderson shelter while building; currently traversable by a plank bridge it looks perfect for a pond (or hot tub?) 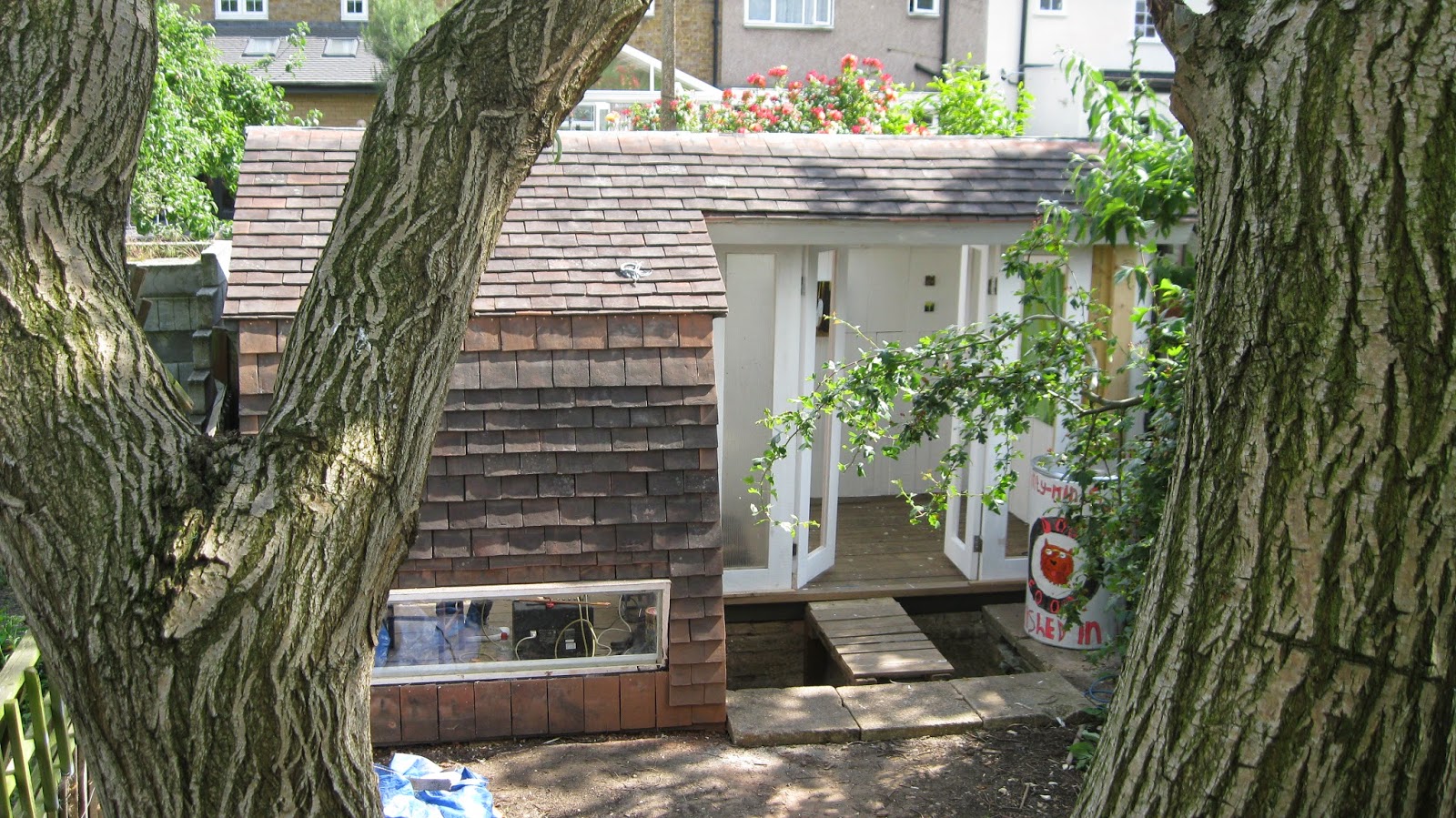 Inside, the paintings (by Lorraine and Shaun, along with David Sullivan and others) have plenty of space and light: a beautiful green plant-inspired painting gets a wall to itself, as does a great piece of racing dogs set against familiar backs of houses and overlaid with Perspex inscribed with radiowave frequencies. The dog track theme hasn’t been rendered nostalgic or twee; the artworks have too much vitality and fun for that. Along the main wall the paintings include Shaun’s funky abstract: half blank canvas, half intricate jazz madness, and Lorraine’s mysterious polar bear lurking in the woods (or is it just someone in a polar bear costume?) 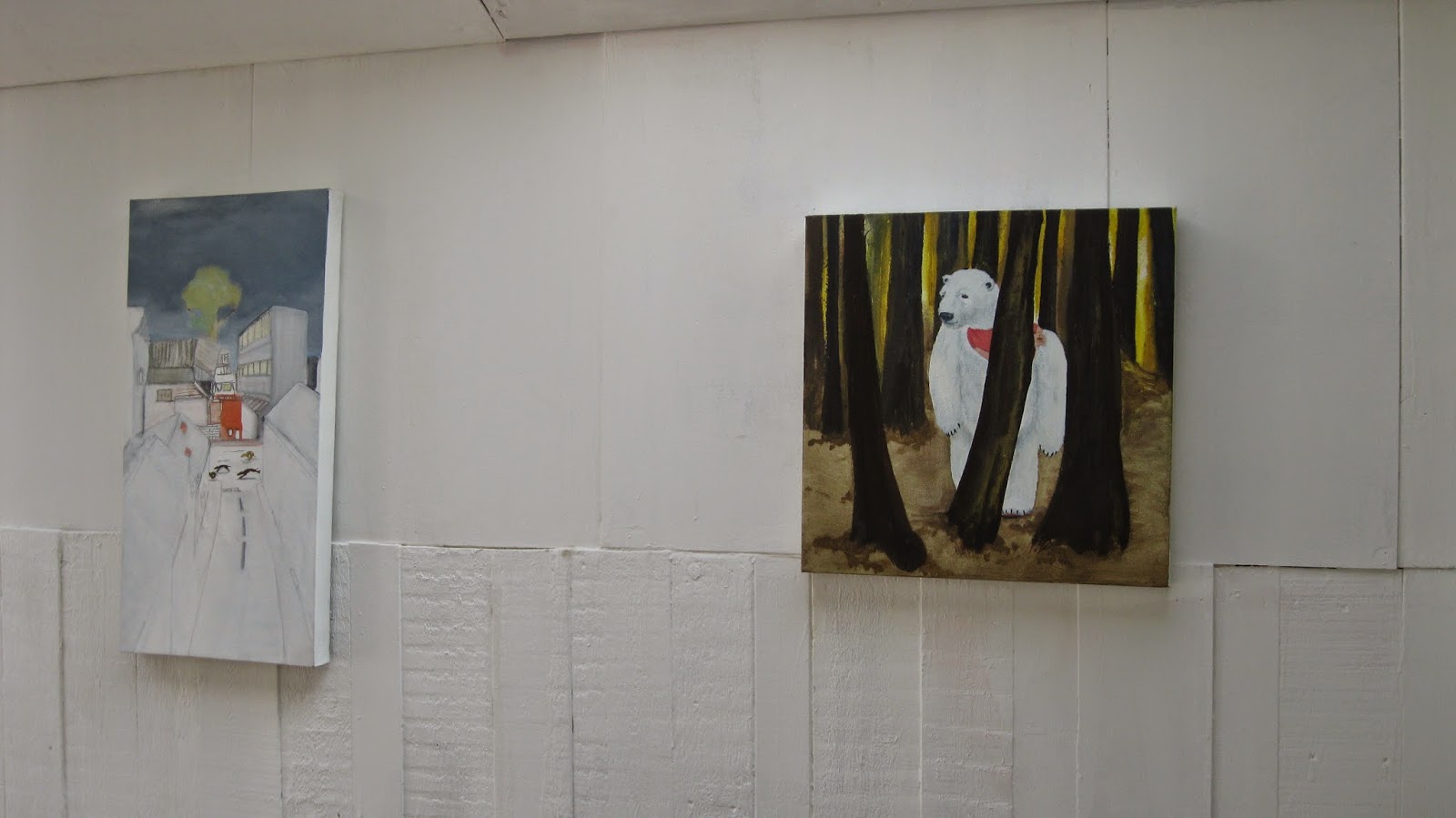 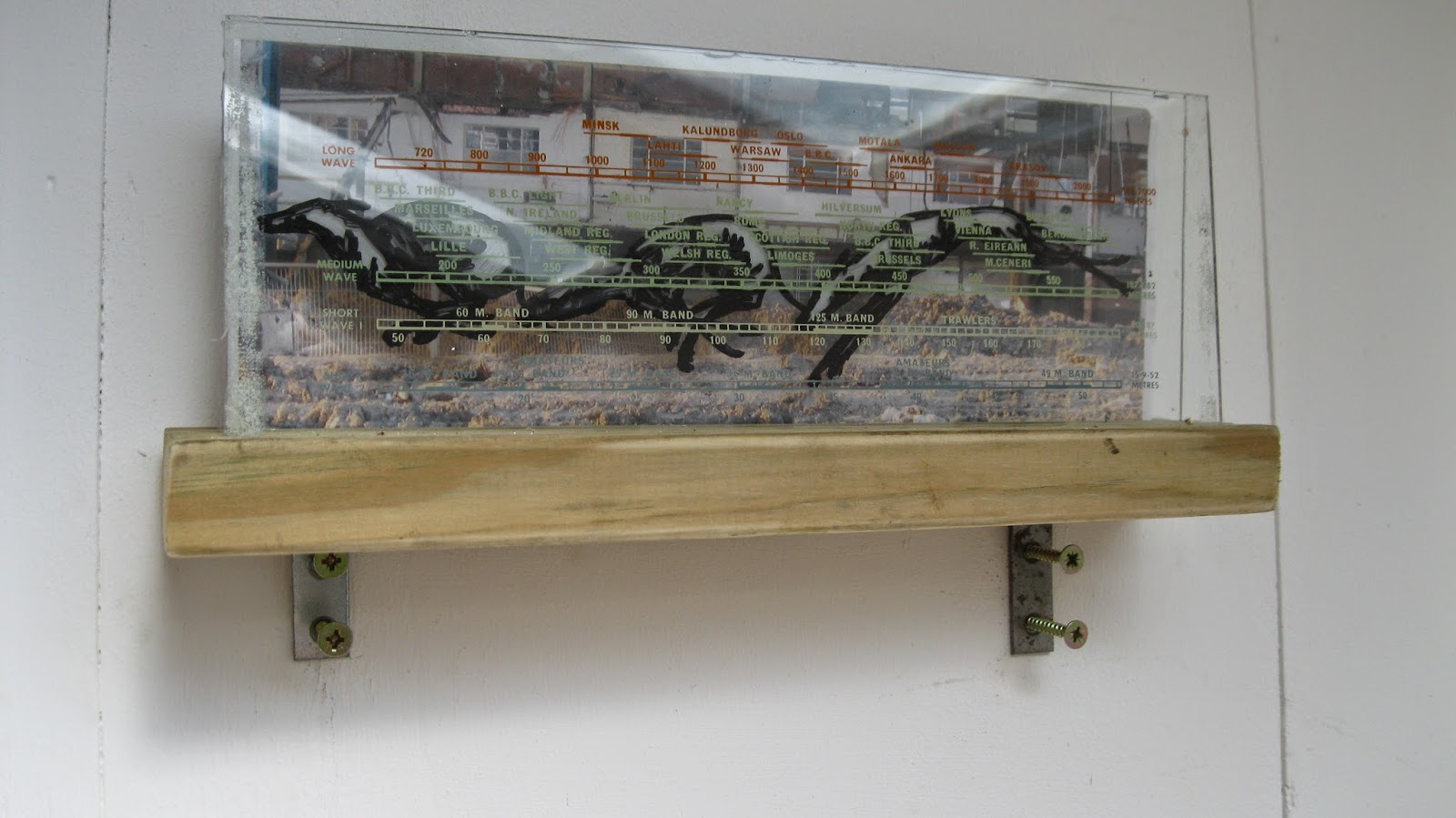 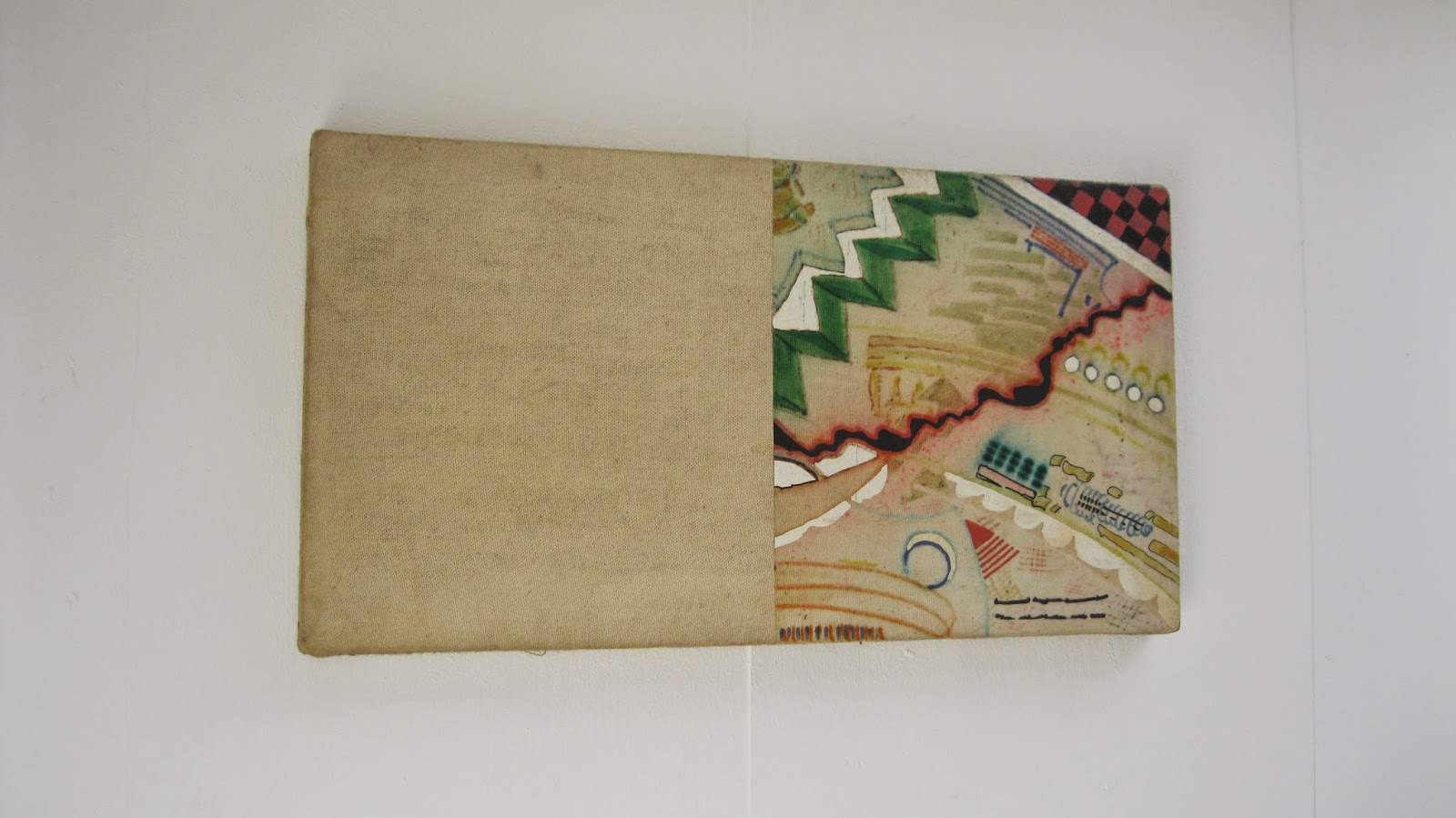 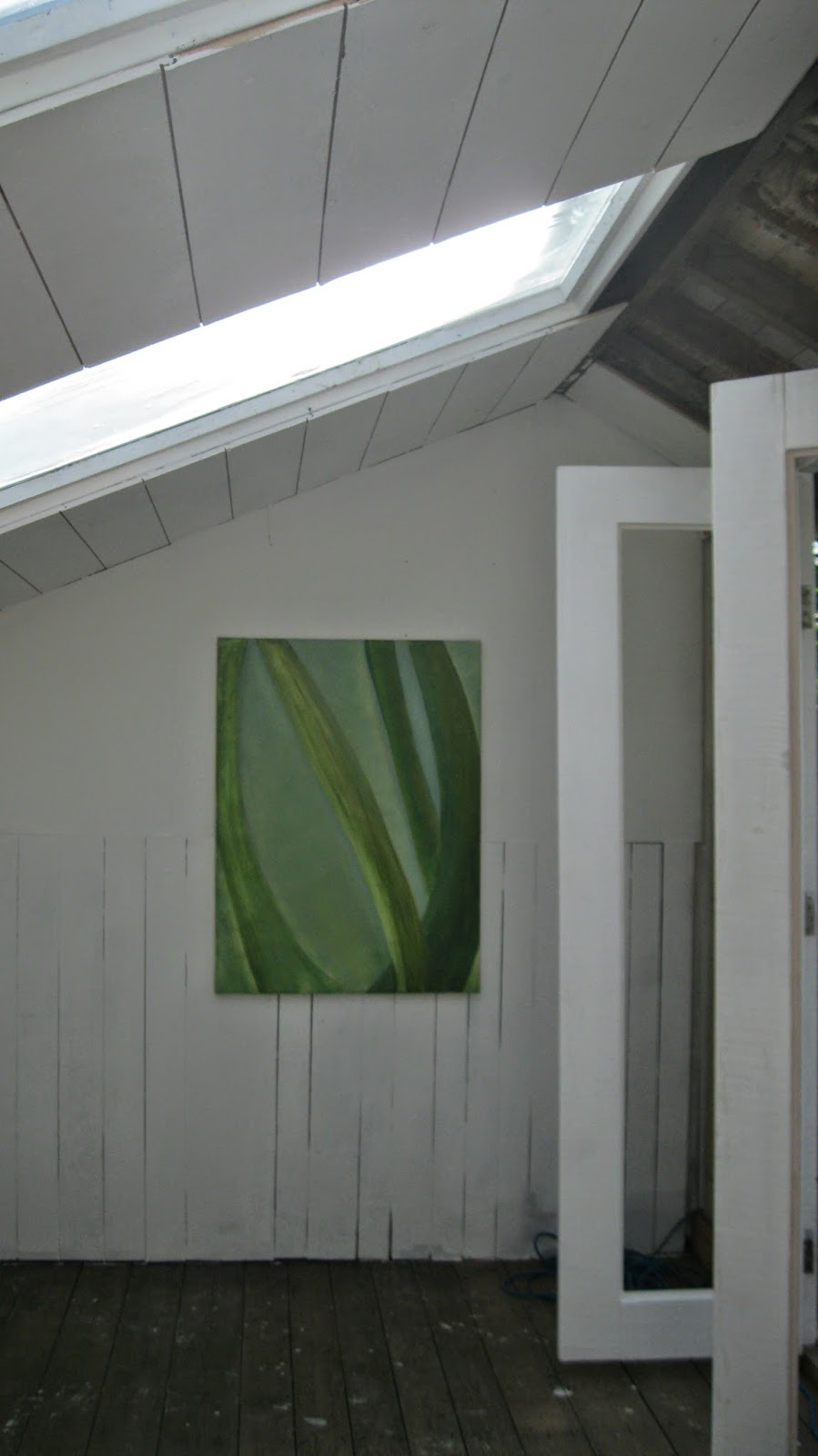 To top it all off, Marsh the musician added sublime sounds via his handmade electric slide guitars (one and three string), switching between bluegrass and eerie desert sounds, recording and looping them back. He’d also brought along the beautiful turquoise and cream soapcaster electric guitar he’d built by hand – go Marsh!

The exhibition is on for the next two Sundays so make sure to take a Penrhyn detour. Parents and students might want to keep an ear out for any upcoming courses in the space – Lorraine and Shaun both teach as well as being practicing artists. They’ll have to wait till the autumn though: their children have claimed it as the perfect place to build their lego world this summer.

Nice one Shaun and Lorry ,its a shed to put allotment world on the map !!!
And i like the added danger of falling in the air raid shelter .