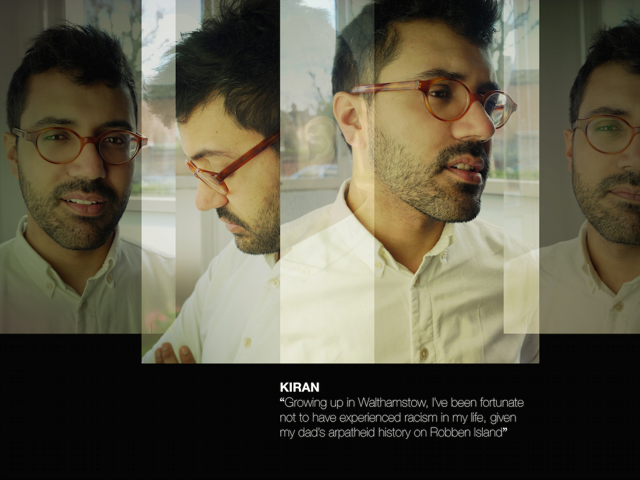 Could you tell us about the work you will be showing during this year's E17 Art Trail?
My starting point was to think about what the theme ‘inhabit’ meant to me. As a mixed race person, I knew that I wanted my work to be an exploration around the notion of mixed race identities which we collectively, and individually, inhabit. As I developed the concept further, I wanted the project to be about telling our stories, evolving perception & finding commonalities which bind us. From Chile to Finland, Nigeria to Japan, the sheer diversity of mixed race residents within this single postcode is something to be immensely proud of. The unifying thread we share is that mixed race individuals are the result of our parents overcoming prejudices & ignoring social taboos, in order to follow their hearts.

How have you been preparing for this year's trail?
I started in January as soon as the theme was announced and during the past 6 months, I have documented, interviewed & photographed 17 local Walthamstow residents who share a mixed race/multi heritage background. My aim was to find as broad a spectrum of participants as possible. I wanted to see if the experiences of trail blazers from the 1950s would differ from someone who was younger, for example. And I wanted to see if there was a way of documenting the evolution of acceptance and shifting societal views. That someone would be willing to invite me into their home, share with me their personal family histories and sense of self, while letting me point my camera in their face; I found this experience hugely humbling. For myself and those who have taken part, it has been an empowering experience to talk about and share, our largely untold experiences.

The project has developed into what is effectively a snapshot study of Walthamstow’s diversity, here & now. Some stories can be traced back to colonialism and slavery, others to revolution and political strife. Many are interesting & unexpected, some are funny, others can be upsetting. All of them are personal insights into what it means to tick the ‘Other’ box on the census. How does inhabiting a community like Walthamstow help your practice?
I have found that people here are open, welcoming and supportive. I did come in for some stick when I first announced the MixedRace17 project. But the feedback I’ve had since the beginning of the exhibition has been both touching & encouraging. I feel the optimism & sense of inclusion is something we shouldn’t take for granted though. Because my Art Trail exhibitions, past & present, have always involved local residents, I literally wouldn’t be able to create my work if not for them. I just take the picture - it’s the people of Walthamstow who tell the stories.

Do you have a personal highlight from the past 9 years of the E17 Art Trail?
The lovely MP Stella Creasy visited one of my exhibitions a few years ago. She tweeted it & the next day I had a line of people queueing round the block, trying to get in. That was quite amazing yet terrifying at the same time. Every local resident I have interviewed and photographed through the years has gone on to become a friend in one form or another. I think that’s pretty special.

Q&A EVENT Details:
There will be a Q&A event on Saturday 7th June at 7.30pm at Bygga Bo Scandi café & gallery: 8 Chingford Road, near the Bell pub.

This will be an opportunity to meet and hear the participants’ stories & find out more about the project from the photographer Fabien Ho. 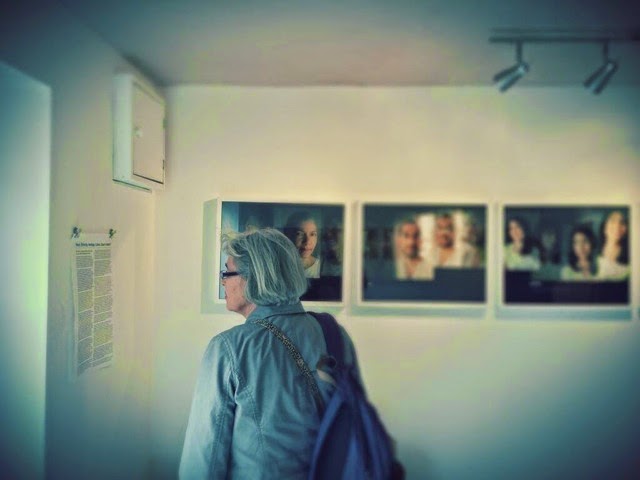 It's a very touching exhibition, a snapshot of the diversity in Walthamstow. The images are beautiful, stories enlightening and the venue is great too!