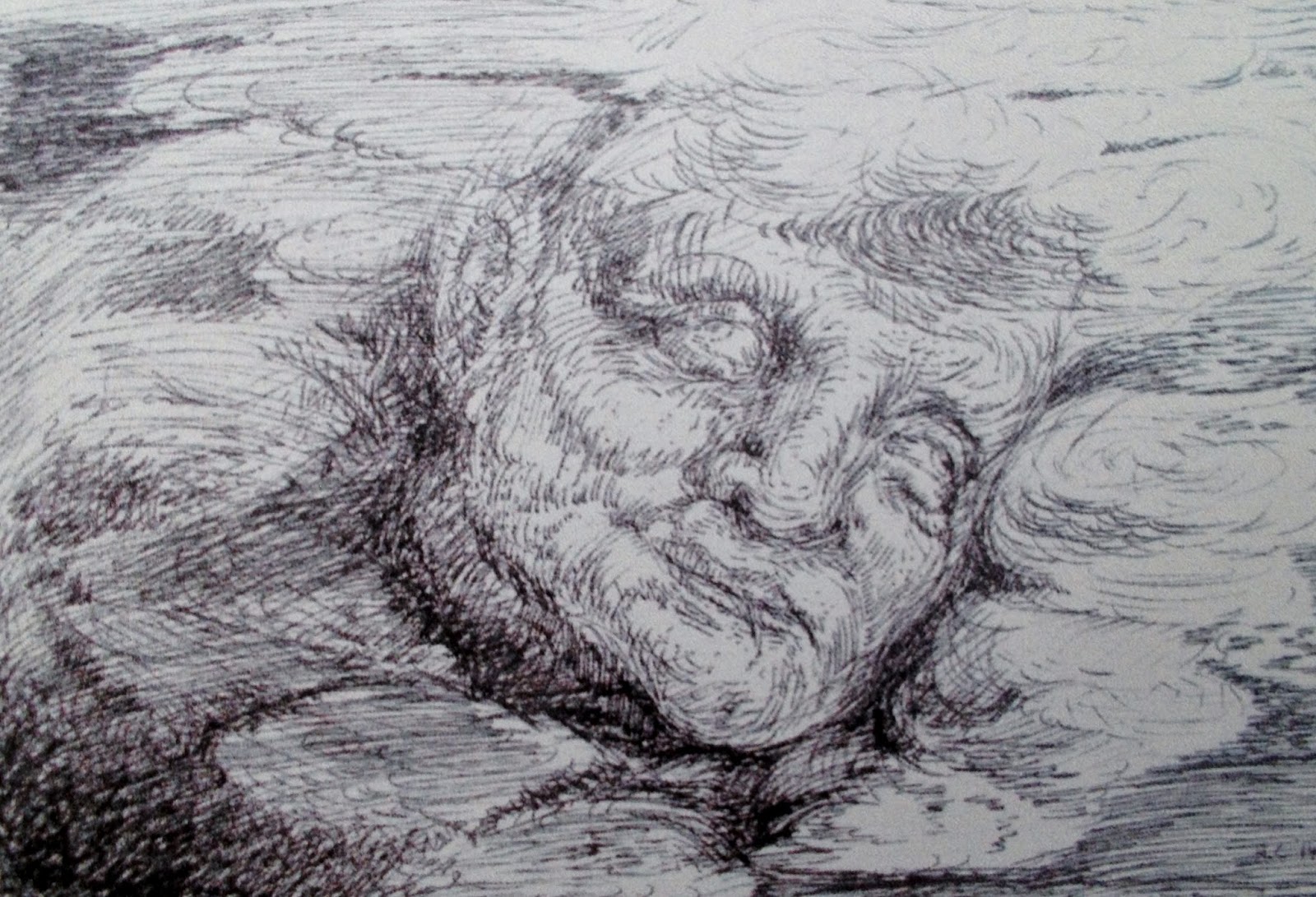 Rob Richier, landlord of the Warrant Officer on Higham Hill Road, gave the pub its name as that was his role on tours of duty in Afghanistan and Iraq. For the first time, as part of the E17 Art Trail, the pub has converted its function room into a gallery space and is showing the work of local artist and psychotherapist Ruth Calland. The initial starting point for her exhibition ‘No You, No Wonder It's Dark’ was a conversation with Rob about post-traumatic stress and the effects of war.

The room was packed yesterday for her presentation on shell shock and psychiatry. In his introduction Rob said “When I look at these pictures, I feel they are awesome and they mean so much inwardly to me as a soldier of many years…I keep seeing more and more in them”. 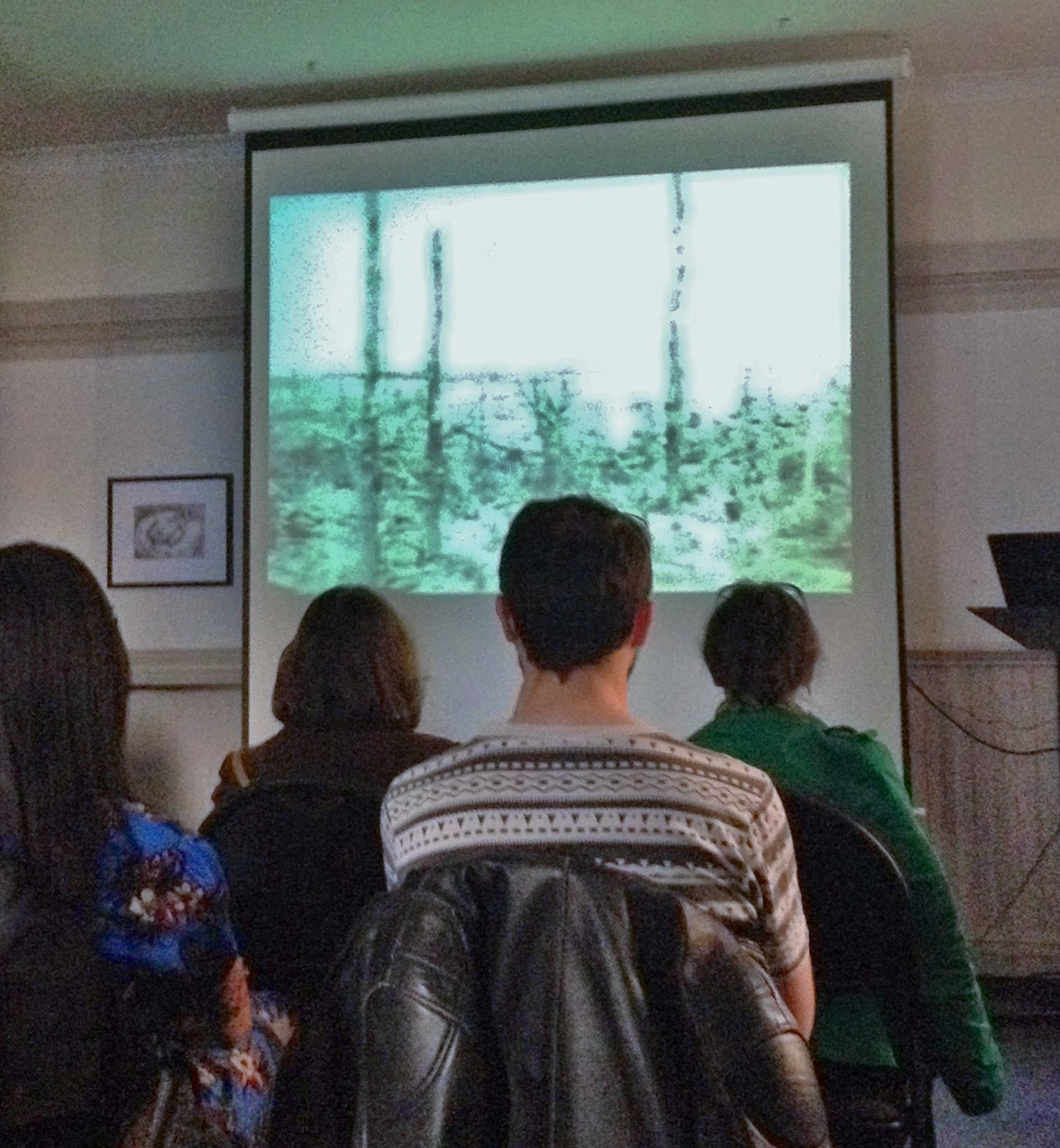 Ruth spoke about the history of shell shock, how it was not originally recognised as a mental illness, but was thought to have been a physical trauma caused by being in the vicinity of large explosions. Early on, mental health workers called the condition NYDN (not yet diagnosed nervous), as they could not classify it. Soldiers later changed this to NYDN (not yet dead nearly).

She describes a condition that involves a paralysed set of experiences, which cannot be processed. Sufferers are unable to engage with new experiences and this prevents the healing process. Our mental stability comes from the world around us staying the same, she explains, and this gives a sense of the world as reliable. However, the experiences soldiers experienced in World War One went well beyond the boundaries of this understanding of the world. People would not have expected to kill nor see so many die around them. Usually, we process change and assimilate new things, she continues, however in war the ruptures can be so large and continuous that this does not happen. We numb ourselves and can become stuck in this state. 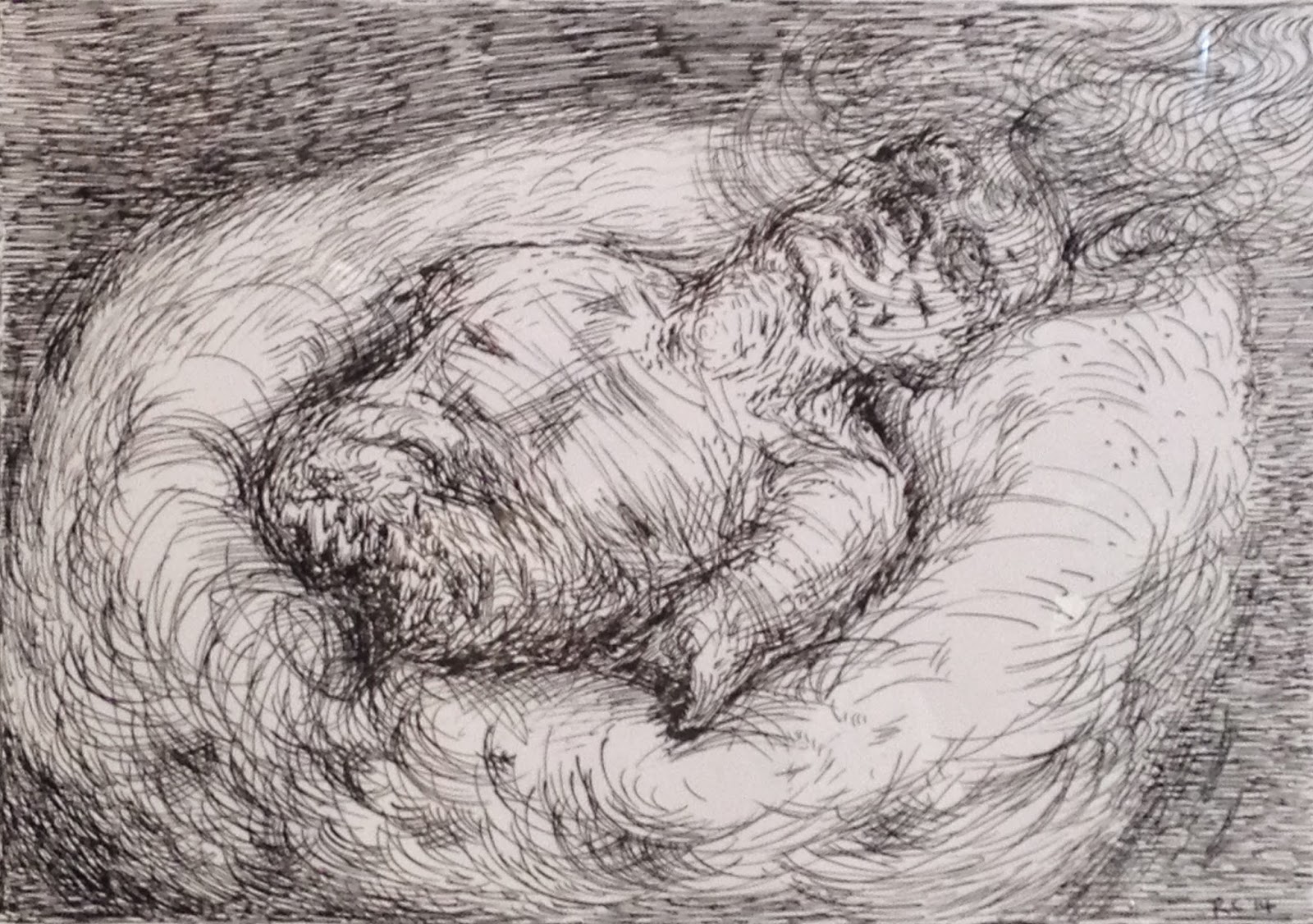 She tells us that the physical symptoms that emerge can be related to the atrocities experienced; so someone who has seen horrific things might go blind or a sergeant’s trigger finger could become paralysed. People can also develop irrational beliefs, largely that they could have done more to prevent things happening. Ruth explains that the latest treatment for shell shock, Eye Movement, Desensitization and Reprocessing (EMDR), has in a sense come back to the physical as it involves tapping and moving the eyes whilst thinking of a trauma to gradually reduce its impact.

Ruth told us that whilst hanging the exhibition her father became very ill and so it had taken on a new meaning for her. She dedicated it to him.

She showed us the following video, which includes WW1 footage related to shell shock and stories from survivors. Please be aware it is a fairly disturbing film.


People stayed afterwards to look at Ruth’s art works and to continue the discussion. In the year when we remember the 100th anniversary of the start of World War One, Ruth's artworks help us to to understand that the horrors of war, and their impact on the minds of those affected by them; issues that are still very much with us today.