The Start of Something Wonderful at Inky Cuttlefish

Inky Cuttlefish studio by Blackhorse Road celebrated 10 years of the Art Trail with a party on Saturday night, which meant a chance to see their exhibition, called – appropriately – ‘Something Wonderful’. Between the artists and the studio they’ve been involved in every Art Trail since 2005, so there was lots to celebrate! There was much good cheer and admiration of the artworks and the studio’s success, as well as plenty of cheese and wine, with beautiful musical accompaniment by Anna Skodbo on the harp. 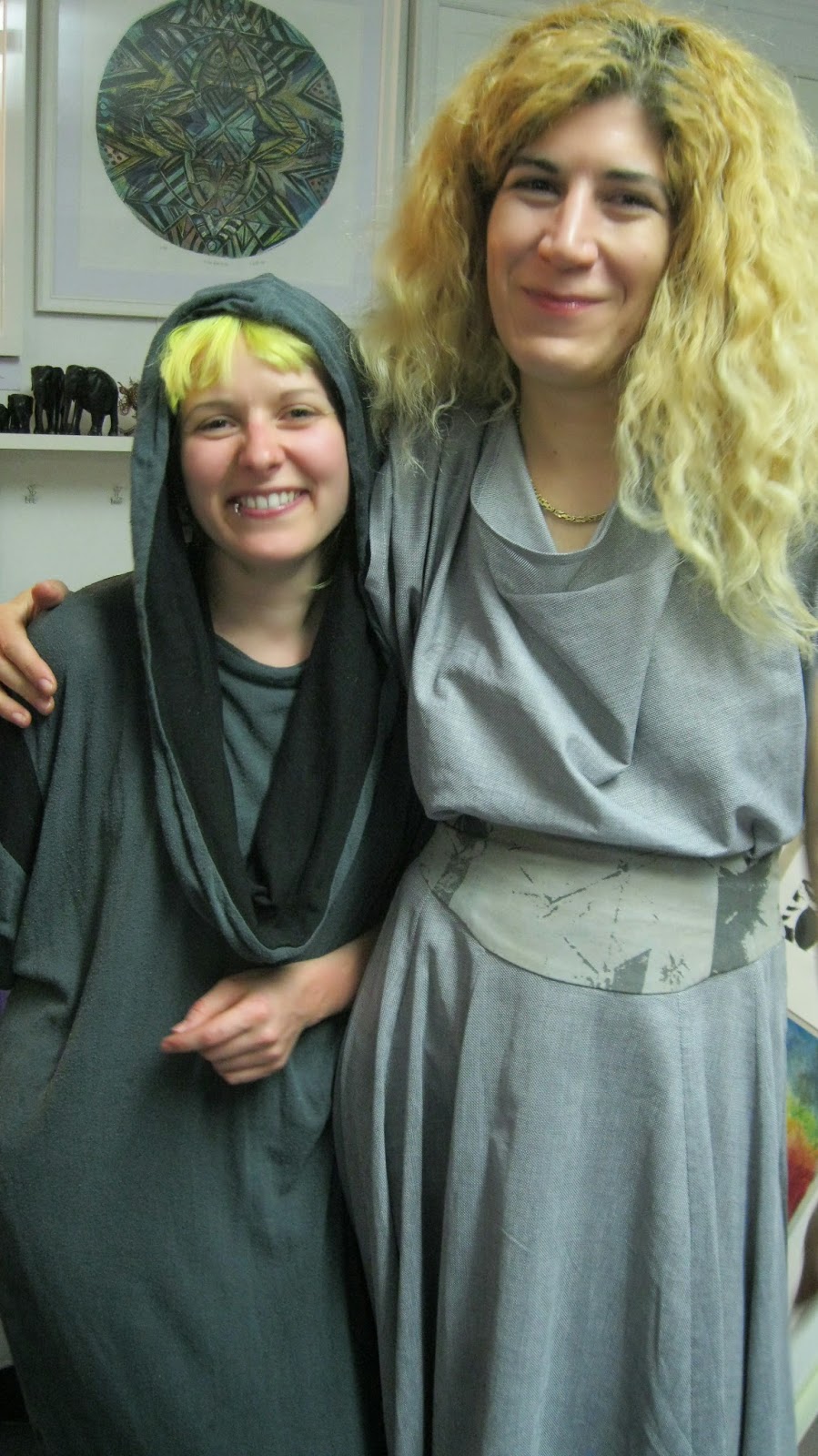 Anna Alcock opened Inky Cuttlefish after her first child was born, and what started as a means of combining creative and family life (without having to go back to her day job) has become one of the pillars of Walthamstow’s artistic scene, with a gallery, darkroom, studios, and spaces for printmaking and workshops. It’s a hubbub of all sorts of creative activity: a wander round the studios took in Cat Boy’s familiar figures, John Clair’s comic-book inspired paintings, and beautiful portraits-in-progress.

The diverse output is reflected by the multiple exhibition strands. During the Trail you can see Anna’s new etchings based on Zulu myths and African stories, ‘Outsider Art’ – a selection of artworks from the groups and projects that run at the studio, Carol Zilla’s wonderful jewellery, inspired by Walthamstow’s wildlife, and pieces by women from Community Day Services, which explore global warming and its effects on butterfly and moth populations.

As guests chatted at the party two topics kept returning: Anna’s amazing dress, designed by Anna Skodbo (not just a harpist, she’s the fashion designer behind Phannatic - Anna S and Anna A both in Phannatic above) and the amazing image that’s just been painted along the entire flank wall of her (Skodbo's) house on Ritchings Avenue. Created by Stu Lee, the project, ‘Ceci n’est pas une galerie’, looks for the potential canvas in the urban landscape. Passers-by will have noticed Stu painting day and night – and in the rain! – to get the wall ready in time. Make sure you check it out when you visit Inky Cuttlefish!