Creative Appetite Post: Lessons from the World of Music for Artists and Writers

Virginia Firnberg is a woman on an unusual mission; a mission to mix up the worlds of the word, the picture and the sound. As a sensory freelancer I was most intrigued by the concept of her new workshops and so made a beeline for this particular workshop.


With a background in music, Virginia realised there was much that could be learned from the art of composition that relates to other artistic fields. As a writer and an art dabbler, I was really looking forward to getting stuck in.

Inventive signposting led me to the community centre and a room with a really interesting mix of people from stone carvers to art therapists, journalists and ceramicists. 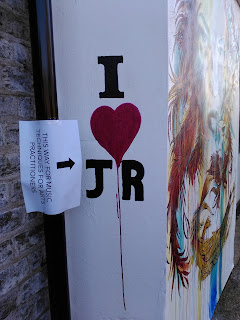 It was a taster for Virgina’s new selection of classes starting in July. During our evening we learned about motifs: regularly occurring aspects in music such as the “dun dun dun daaa” in Beethoven’s 5th symphony. We played around with our own motifs in our own work which proved to be most enlightening. I liked seeing the links between different disciplines. Virginia handled the technical glitch of the projector not working, well and was on hand to lend friendly advice. We fed back as a group on  our work and a large part of what I got out of the evening was seeing other people’s interpretations and discussing. 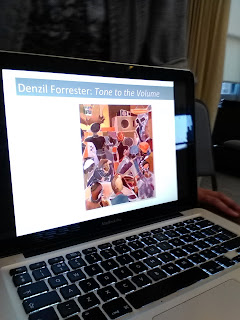 Here are a few pieces with the kind permission of their creators:

Marcia – an inventive piece of writing based on “getting started” as the motif:

"It started like a drop of water softly padding into hard ground. Each plonk making more of an indent till the solidness gave way, gently creating a softer receptacle willing to accept the inevitability of the landing.

It started like a murmur – low and hesitant, growing into a hum as it gained momentum, insistent upon being heard, till its roar could no longer be contained, nor hushed.

It started as most things – one day it appeared. One day it was just ... there. One day it existed.

Stone carving from Teresa – the letter A 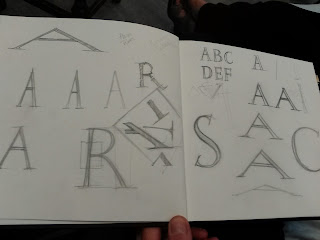 Motifs based on Penny Gunn's journey to the venue including running and waiting at the bus stop: 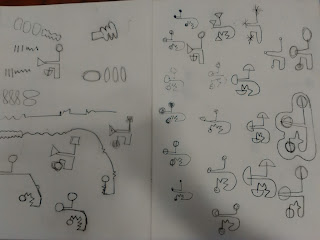 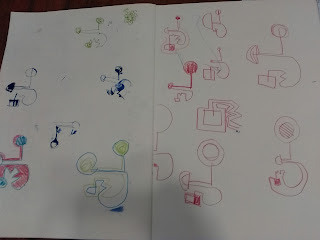 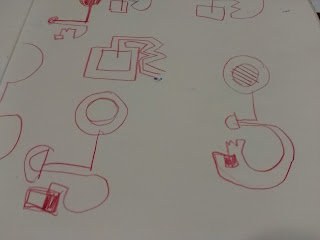 A sailing ship converted to a comic strip from Phoebe Swan, an illustrator. 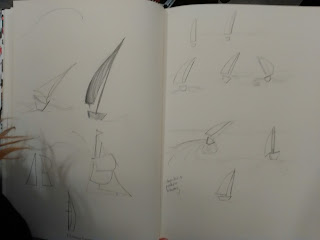 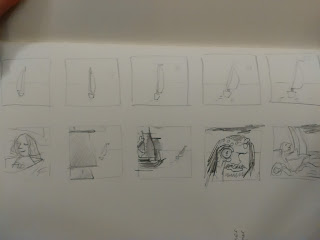 My piece – the artwork that links to the paper cutting I had just come from:


My poem that came from the motif of freedom:


Wavy Line’s classes are on 4th and 11th July. Contact Virginia if interested. I look forward to seeing what the next topic will be.