Gnome House (Venue 1) is an amazing resource for not just artists but the whole community. Essentially a reclaimed, previously derelict urban space, it has been transformed in one quick year into a hub of activity. Inky Cuttlefish printworks are also housed there and I caught up with printmaker and artist Martin Adams. One (of many) of the features of the Art Trail that I love is the chance, usually midweek on the trail to catch up with artists and participants and have a deeper conversation about their practice and inspirations. Martin is a genial and erudite figure, a down to earth presence with a fund of knowledge. We spoke about everything from AV Roe's flight experiments to Bremer's motor car innovations in the airy and bright environs of Inky Cuttlefish. In half an hour he crammed a wealth of information into my crowded brain and it had given me inspiration of a midweek day. Martin reminds me of Robert Wyatt in his modest manner which houses a powerful intellect and gentle sense of humour and radical poilitics. A winning combination in my humble estimation. 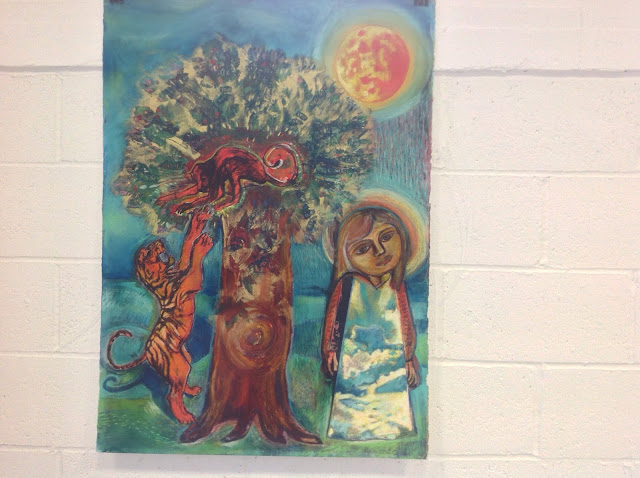 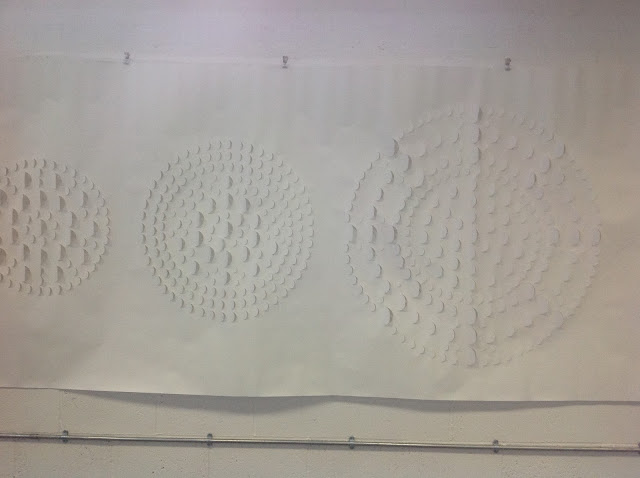 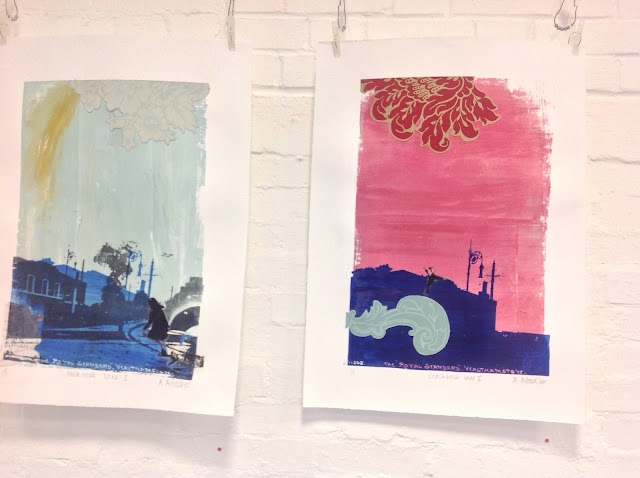 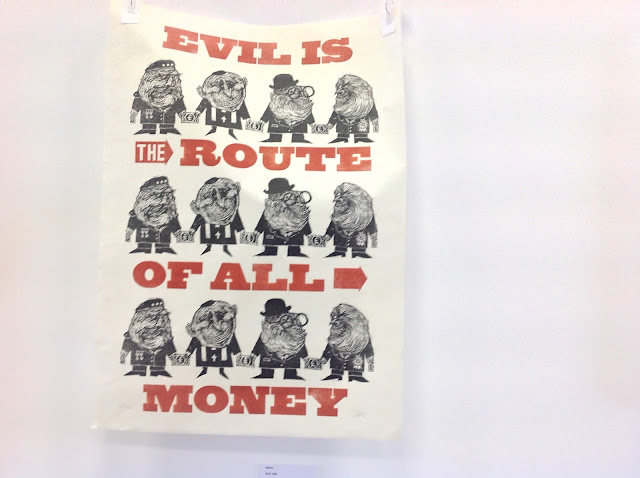 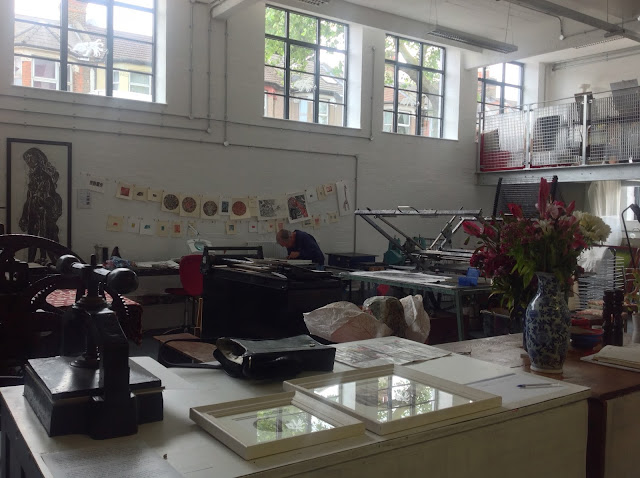 There are several contiguous exhibitions colliding within Gnome House and Inky Cuttlefish, from Anna Alcock's ethereal fine art prints, to Della Rees's large scale paper mandalas. Also exhibiting are Alke Schmidt, whose polemical works are bold and overtly political and Spike whose quasi Rostov-window prints are arresting and thoughtful, with stark titles such as 'Evil'. 'A Woman's Story' housed at Inky Cuttlefish features artwork created and curated by Day Service for Asian Women (DSAW), in a range of mediums, which relates to their experiences and embodies their own personal histories. Also on show at Inky Cuttlefish is the 'Learning Disability Experience', a delightful array of bright and optimistic artwork created by artists throughout the year. There is also 'A Little Exhibition' at Inky Cuttlefish, which features Martin Adams among others. It is an eclectic array of talent, medium and the use of space is highly effective. It is a very worthwhile venue as are its artists. 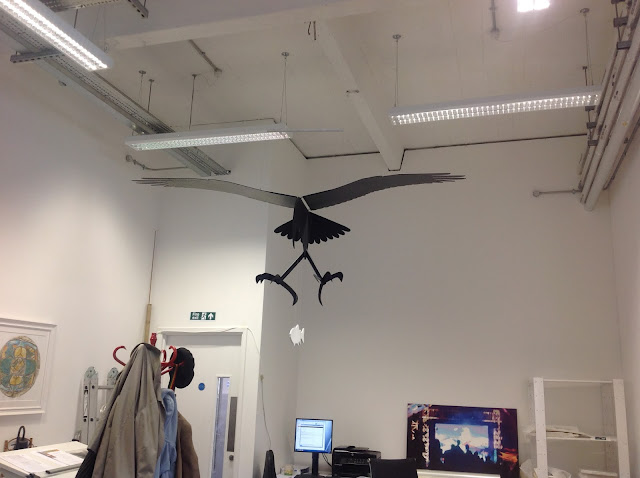 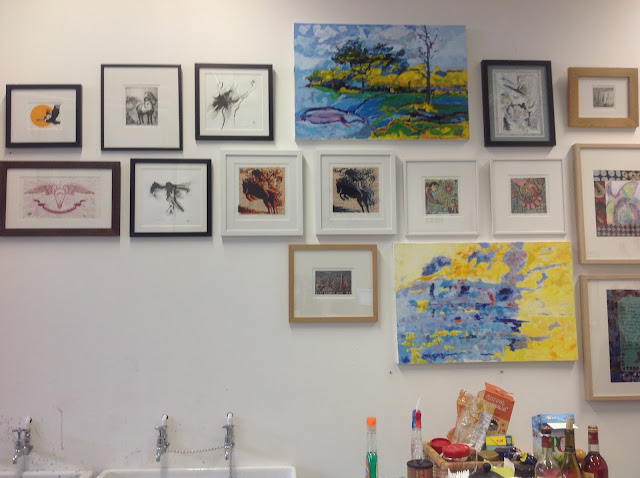