Unfortunately, my first port of call today was unexpectedly closed. I got to the Ferguson Centre to see Arts and Minds 3 but there was a sign on the door saying they had decided not to open because they had no water. Apparently there was some kind of maintenance work going on which was a real shame but this meant that my first stop then ended up being the Outset Centre.
I didn’t realise that all the deckchairs from the ‘Rearranging’ Project were going to be sitting there surrounded by all the other pictures and art on the wall which formed Outset's ‘Teenage Pics’ exhibition so I walked in and got a very pleasant surprise. It looked ‘brilliant, utterly brilliant’ as I wrote enthusiastically in the visitor's book!
There must have been at least 40 deckchairs, all of them completely different. There were pretty ones, poignant ones, funny ones, sweet ones, sad ones, daring ones, super cool ones and just plain in your face ones. The pictures on the walls were also a big mix of styles and colours. Some classic graffiti and graffiti style panels rubbing shoulders with some very delicate and skilful flower and nature painting, patterns, characters and a couple of great (not sure what they were) print collages (?) with faces and patterns and colour overlays. I took loads of pictures and have decided that the best thing to do with this post is just to put up loads of pics. Apologies to those I missed! 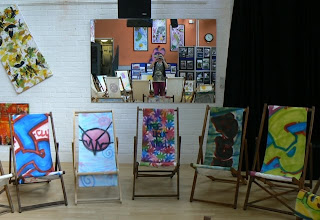 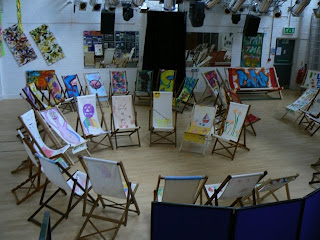 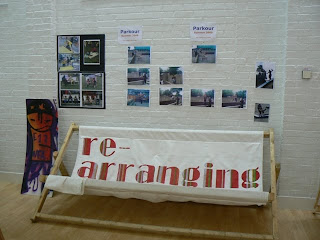 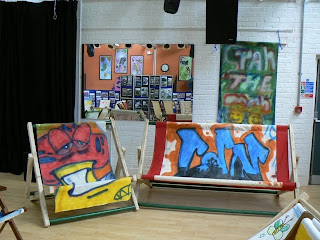 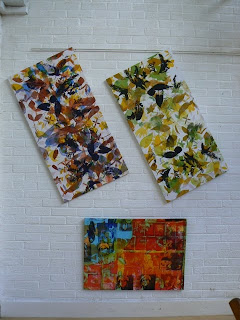 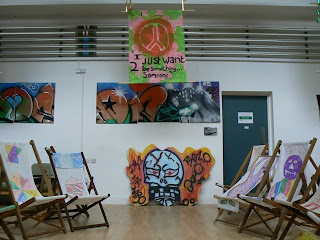 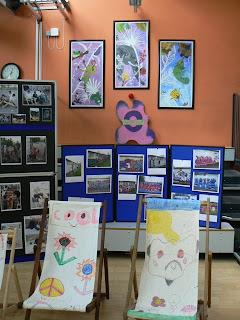 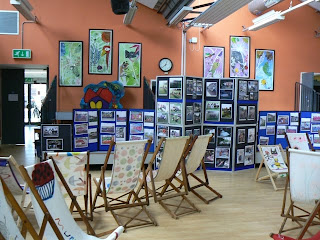 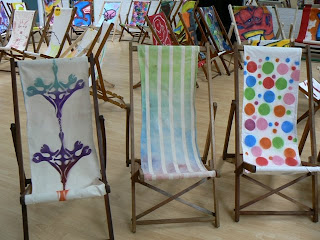 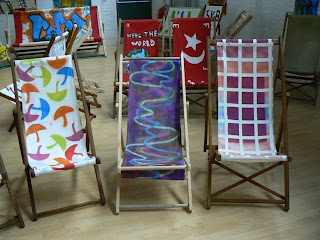 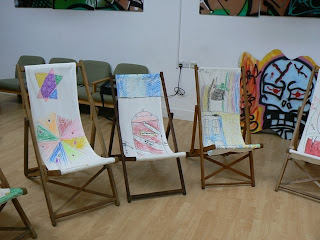 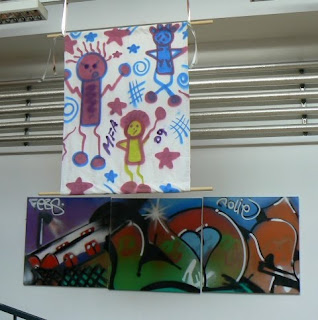 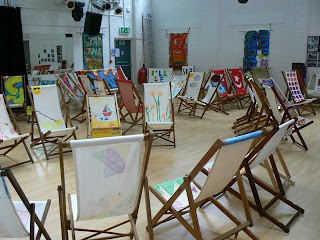 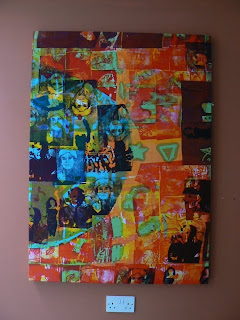 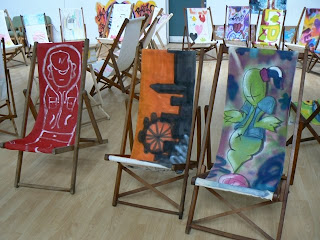 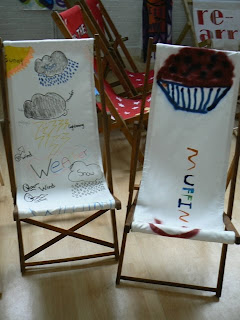 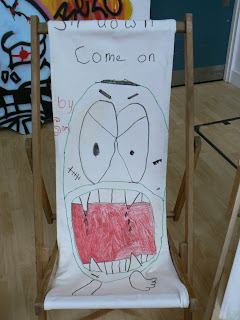 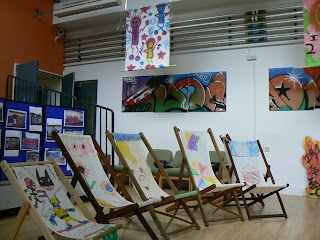 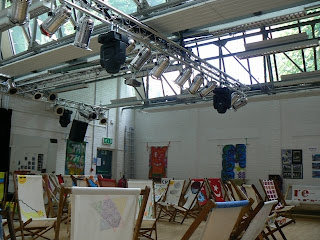 Hi
thank you taking such great photos of the deckchairs including one by our daughter. Please come and see more of her art at #17 on the art trail.
Thanks
Nicola