Last Friday I was at the BFI to see a screening of the finalist 3 minute short films that were selected from over 90 submissions, both local and from around the world. There were multiple categories and film-makers of all age groups and experience levels, but one thing was constant: the level of quality in ideas and lo-fi execution with minimal budgets was fantastic.

This weekend festival screenings took place at Vestry House on Saturday and Lotolie Hairdressers on Sunday. Hope you got round to having a look, but if not the same screenings in the same venues will be happening next weekend.

There were winners in every category, but the overall winner argued amongst the respected judges was Kieron Clark for his film Gas. The melancholic actions of  a woman who decides enough is enough. 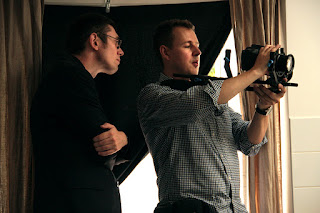 Kieron, who has just moved to Walthamstow recently, was kind enough to answer some questions about his work and the importance of local film festivals.


How long have you been making films?
I've been making films seriously for the last 5 years or so. While living in Sheffield in 2007 I made a 7-minute film for Screen Yorkshire called Joy. Since then, with one or two breaks, I've made a few more low-budget shorts including Gas.
How important are local film festivals like Walthamstow International Film Festival for aspiring and emerging film makers?
Local film festivals like WIFF are great opportunities for emerging film-makers to meet like-minded people and get a sense of how their work relates to what other people are doing. Like most of the Gas cast and crew, I'm just starting out in the film industry, so to win a prize like this is a real encouragement to keep on going.

Was Gas a project you had planned for a while or something really organic?
It was an idea that came to me very quickly one day and that, given the budgetary restrictions I had, seemed like something I could feasibly make. In terms of planning for the shoot, I storyboarded from the script and had discussions with the camera, sound and acting teams beforehand.

What influences you as a film maker?
As well as making film, I watch a lot of films, so I suppose my influences come from all over the place. I'm influenced by a lot of European film-makers from the past (Buñuel, Bergman, Antonioni etc.) and the present (Michael Haneke, Andrea Arnold, Lars Von Trier) and also by directors from around the world (Terence Malick, Apichatpong Weerasethakul, Abbas Kiarostami). I like films that are different, that have a strong authorial voice and that can be awkward, annoying and beautiful in their own way.

Do you remember the first film that made you realise that film was an art?
When I was a teenager there were still some really good film seasons on late at night on BBC2 and Channel 4. I remember discovering a lot of great films this way - Sergio Leone's westerns, Wim Wenders' road movies, Luis Buñuel's films, David Lynch - and realising that cinema was an art and could take on a variety of different forms and shapes. 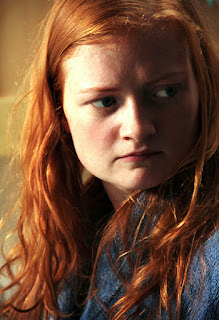 I did like Gas, whether it was my personal favourite I am still undecided because there were some real quality and diverse ideas being displayed through the shortlist. Gas, made on almost no budget, was an example of what most of the films in the festival display - when you have an idea and if you are a real film-maker you can make it authoritative and distinctive with whatever you have to work with. Off the bat on Gas, I do think Kieron is very cine-literate and confident director and I will definitely watch his earlier films. He also has his latest film New Day which is currently competing in the Shooting People Film of the Month Competition. 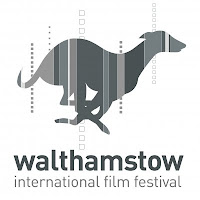 Really do try and make the effort to go the one of the screenings next weekend, the Walthamstow International Film Festival has been a tremendous success and Liza and Paul Fletcher have done a  superb job giving a platform for all sorts of film makers to be appreciated, encouraged and most of all have their films seen!

A GREAT SELECTION OF SHORT FILMS.Local open film festivals like these are rare but so so important for emerging and inspiring film makers.