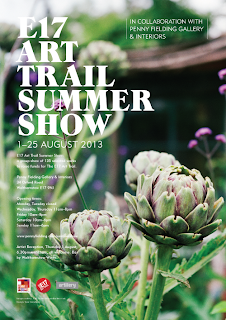 As a lot of people will know the Art Trail is having a break this year before returning in full for 2014 (more about that below).

It was obviously inconceivable that a whole year could go by without something E17 Art Trailish to feed the stow arts massive hence this year's E17 Art Trail SUMMER SHOW which opened last night.

Taking the format from the famous Royal Academy Summer Exhibition, the E17 Art Trail in collaboration with Penny Fielding Gallery and Interiors hosted its first salon style exhibition. Penny has been a huge supporter of the E17 Art Trail since it started nine years ago coinciding with the opening of her shop on Orford Road. This new initiative will help raise funds to support the administration of the next E17 Art Trail, which will celebrate its 10th birthday in 2014. 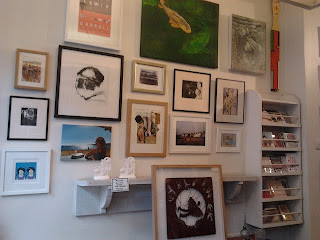 The opening last night was as packed with hot people as the walls were with cool art. There are an incredible total of 105 artworks representing 75 artists (I think.. recount possibly needed!) and covering the whole range of styles, mediums and sensibilities. There is humour, drama, sadness, beauty, being, nothingness, pain, pleasure, politics and peculiarity. There's a lot of other stuff as well not necessarily beginning with 'p'.

It was fantastic to see all of this work by E17 artists assembled in one place. For Art Trail veterans it really was the trail at a glance with a lot of work by artists who have been involved in this amazing community event since its inception. Just like each successive Art Trail, however, there were also a lot of new faces or should that be new canvases, photographs, sculptures and textiles.

It isn't possible to go through each and every piece and it was so packed it was also impossible to photograph the artwork anyway but here are a load of very haphazard pics for flavour! Anyone who wants to send me better pics to post up please use the email address on the right. 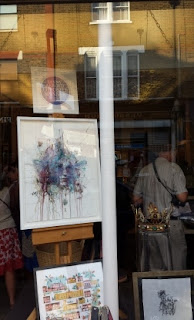 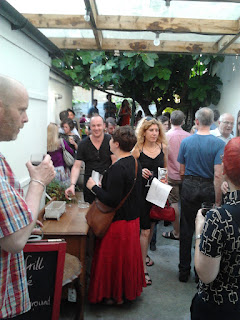 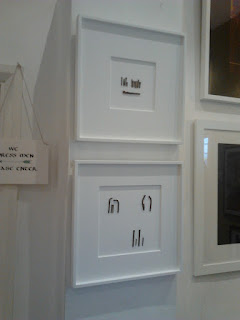 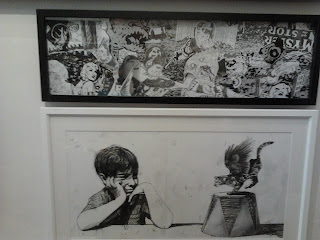 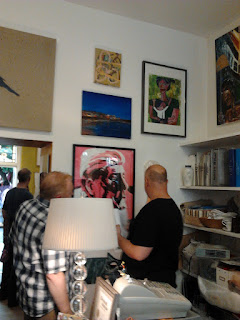 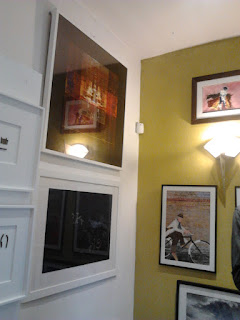 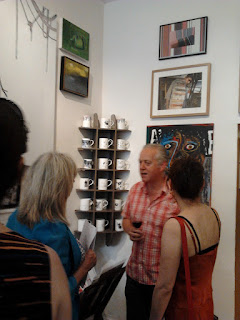 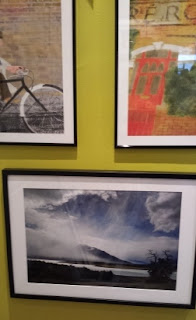 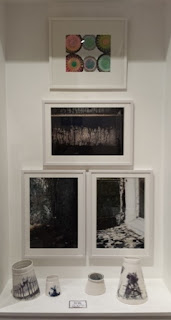 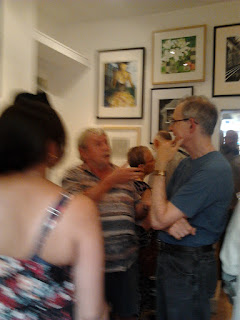 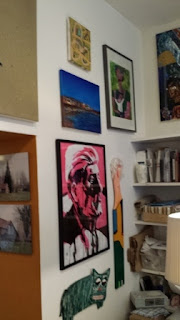 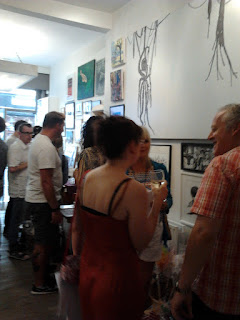 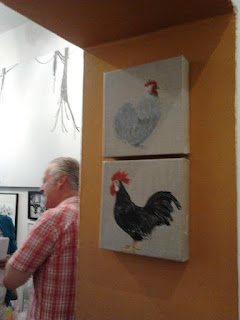 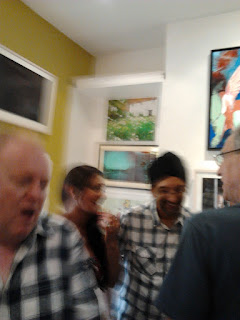 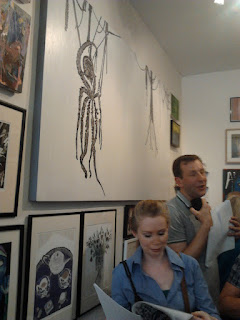 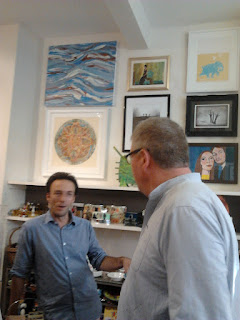 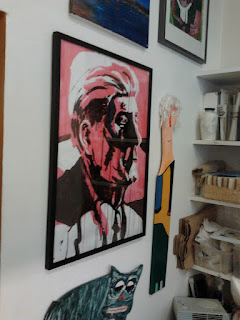 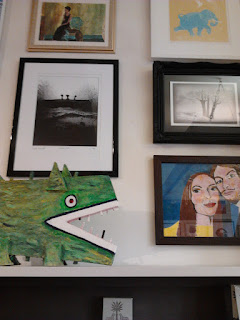 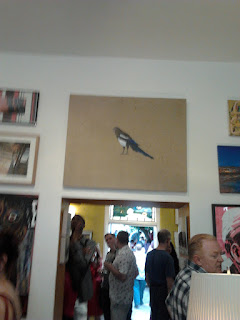 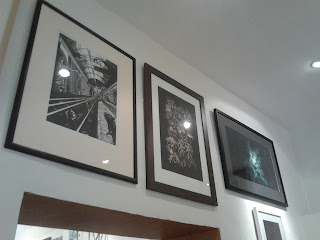 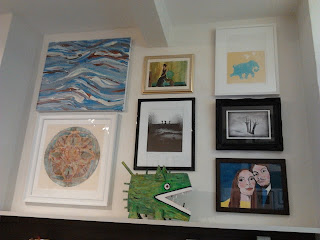 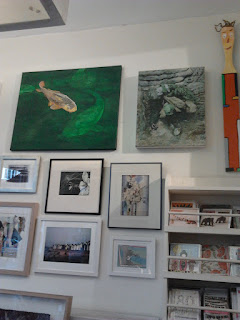 The only problem last night was that there had not been enough time to get the information into place so it was tricky working out which piece was by which artist. The 'map' of the walls was great but really needed the artists names listed numerically on the same page rather than having to cross reference with the separate catalogue. However, now that massive job of getting everything up on the walls has been done so brilliantly there might be a bit of time for the other stuff. SO.... Get Down There! The show is on until August 25th and even if you were at the opening I must insist on a second visit to appreciate the work in a moment quieter than the celebratory buzz of such a great opening night.

The E17 Art Trail will be back 30 May - 15 June 2014. The dates have been moved from the traditional time in September to enable the Trail to better support the huge and growing network of participating artists and organisations. As we speak the Trail team are busy developing exciting plans for 2014.

See you all then!

I enjoyed this review. For what it's worth, I have written a very brief comment on this mostly enjoyable show. I am not promoting T shorts from Spain or Portugal. Please see the link to my blog Deira Diary, Thanks Nik.

It was wonderful, though terribly hot -34 degrees. My two pieces are there and I am thrilled. I will definitely go back and wander round when it is quieter. Congrats to all the artists who were chosen.