At Home at the Mill & Time To Fly – Preview Evenings

The exhibition that currently adorns the walls of the ‘living room’ area at The Mill resulted from a call-out to artists to respond to the theme 'At Home at the Mill'. Since it was set up in 2011, following the closure of the St James Street Library, many local people have come to feel at home at The Mill, be they knitters, card-players, yogis or those in need of support.


This exhibition reveals the welcoming nature of The Mill as all works submitted are hung alongside each other, with no imposed hierarchy. There is a large, rather impressive, Matisse-inspired cut-out collage produced by the kids drop-in class that runs on Thursday afternoons, a beautiful drawing of a Heron on Walthamstow Marshes by Alison Brown, a glass-fronted light-box from Wendy Stone showing a bonfire burning in the distance and a Katja Rosenberg print, 'Steg', which comes in an edition of 20 with all profits going to The Mill. It is unusual to see such a range of mediums in the same exhibition. Here there is paint, photography, print, pen drawing, collage and wax and somehow, it works as a whole. Perhaps this is reflective of a community that has so many diverse sections, that at times can be brought together. The Mill and the Art Trail itself certainly go some way to providing this space for the community to bond. 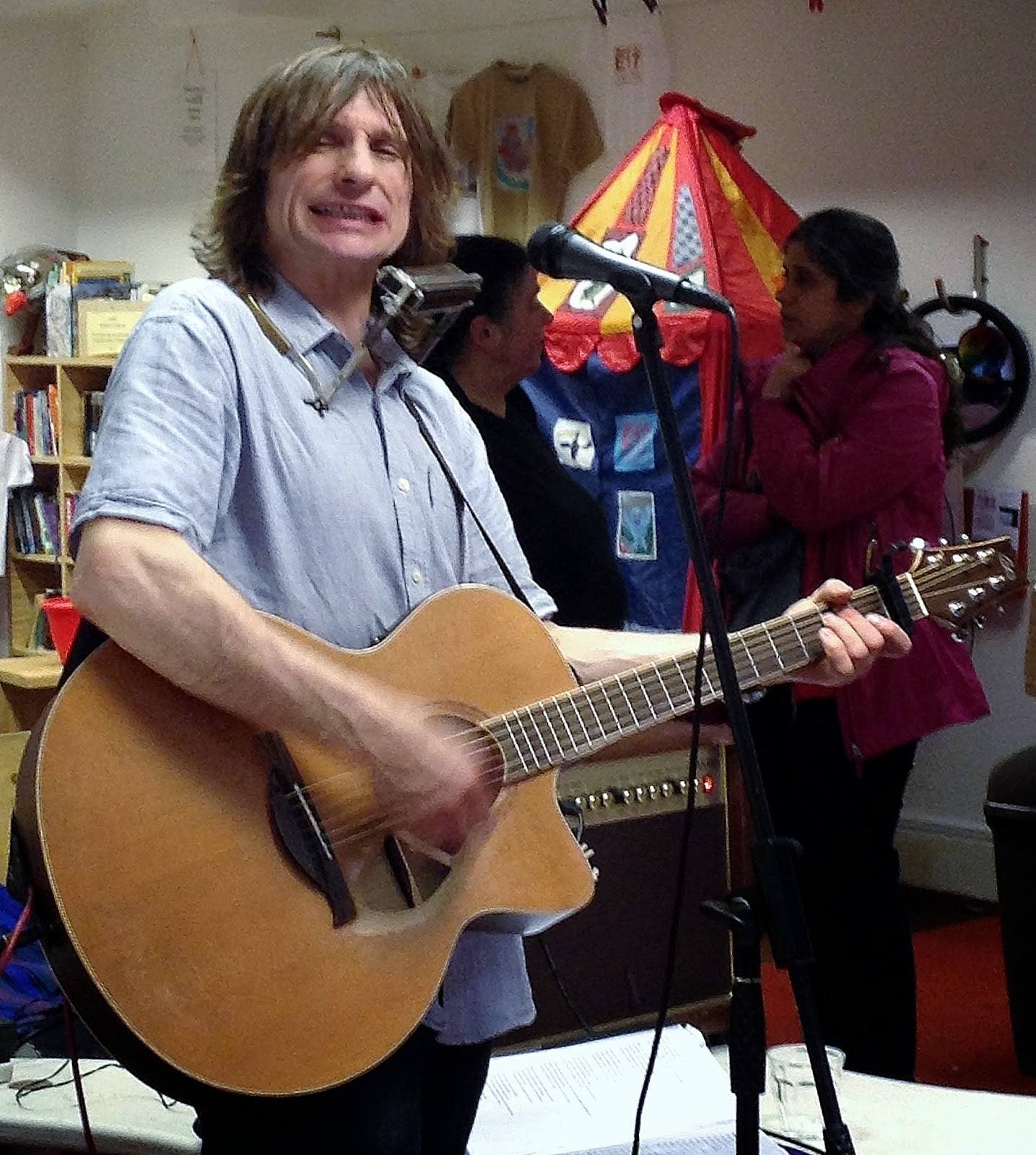 The preview was a very friendly, enjoyable evening with classic covers such as Neil Young’s Heart of Gold from musician Tom Lynch and some very tasty fruit punch from Mo Gallaccio (exhibition organiser). 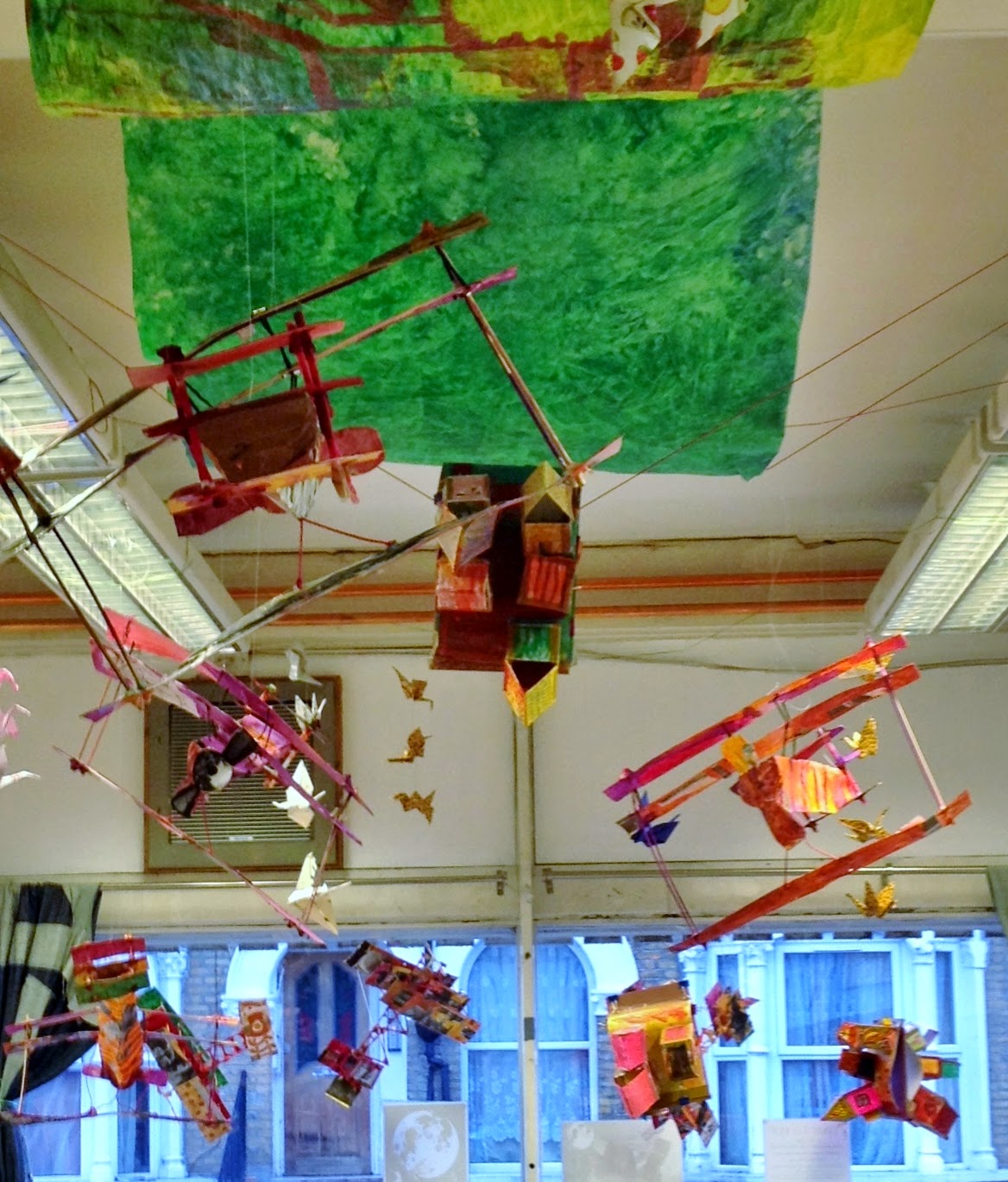 Last night was also the launch of Time to Fly. A series of triplanes and poems produced by children at Inky Cuttlefish Studios. This exhibition celebrates the industrial heritage of the Blackhorse Lane area and its connection with early flight. It is perhaps not so well-known that in 1909 the first all-British aircraft, the “Yellow Terror” took off from Walthamstow Marshes.

At the preview, the kids were presented with certificates and read the poems they had written on the flying theme. A folder of their poems is available for visitors to read, and includes some great lines such as;
The smoke patterns it leaves behind,
A message from the engines mind
-  Matthew

Listing no.60 in the guide: Click here for more information