Appetite Post: Some returning favourites from the Appetite/E17 Art Trail 2014

The girls from Organiclea graced us with cheery smiles and festive bunting. 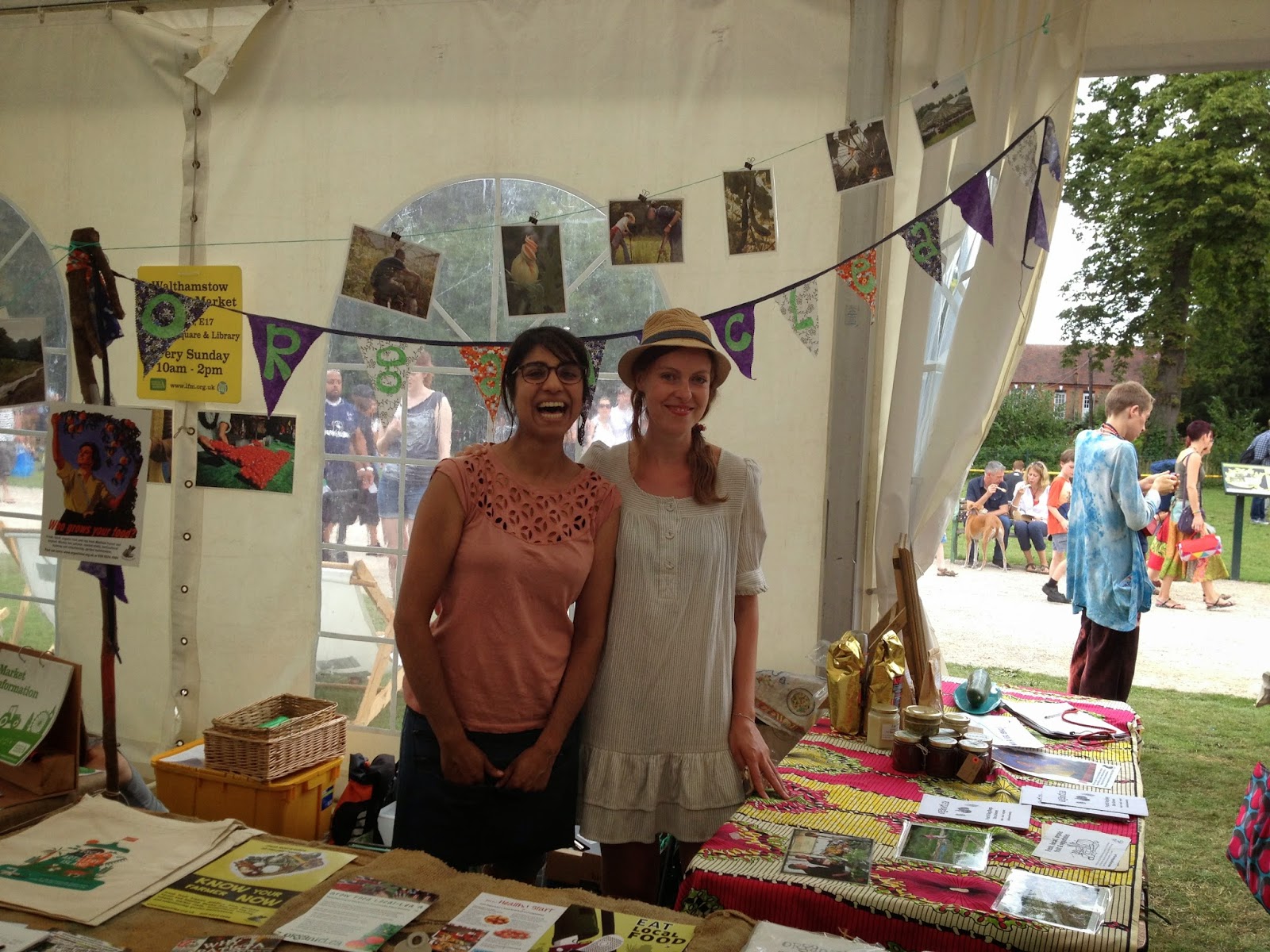 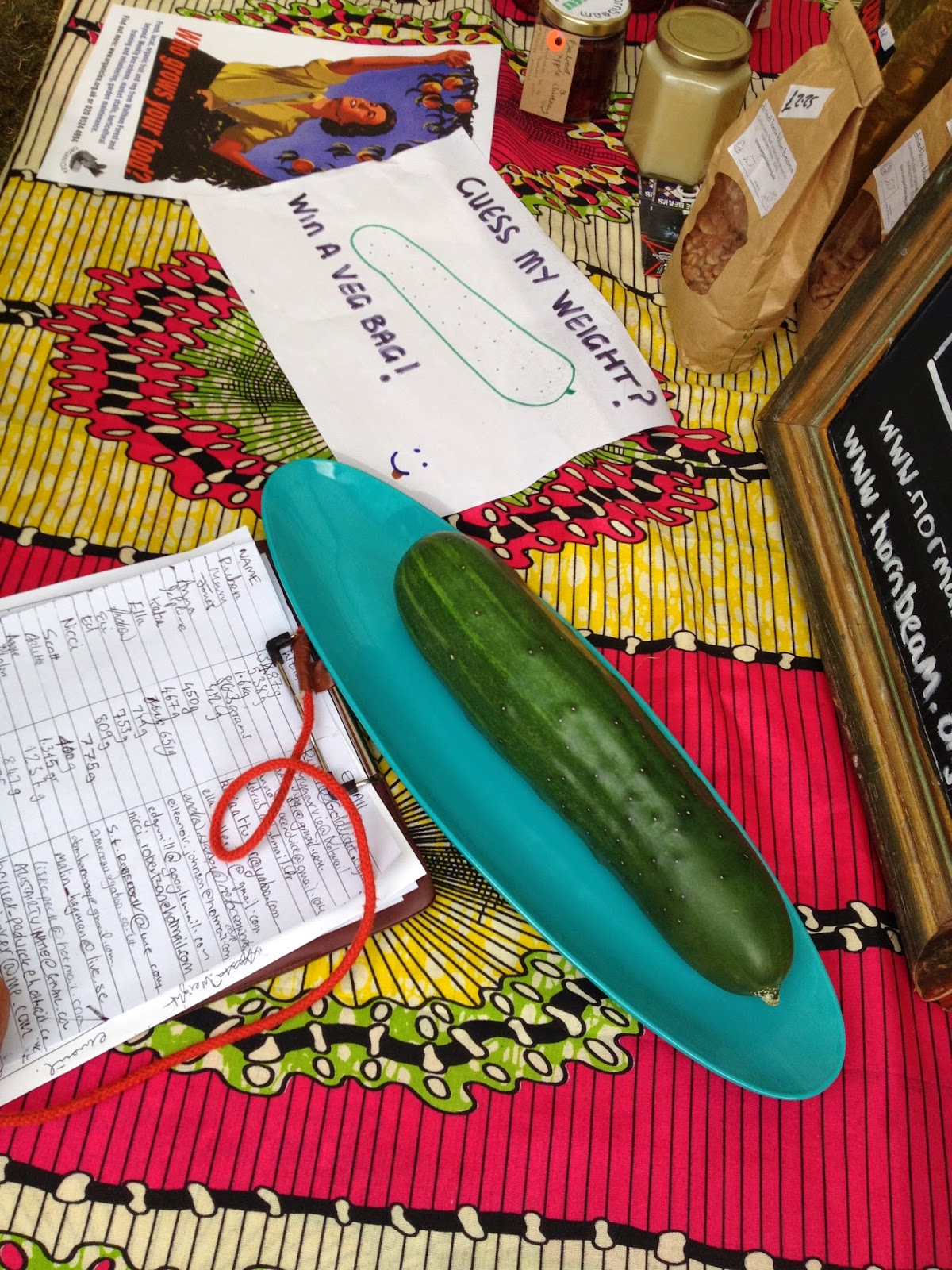 To bring an element of competition to the Artillery Island tent they hosted a guess the weight of the veg competition. 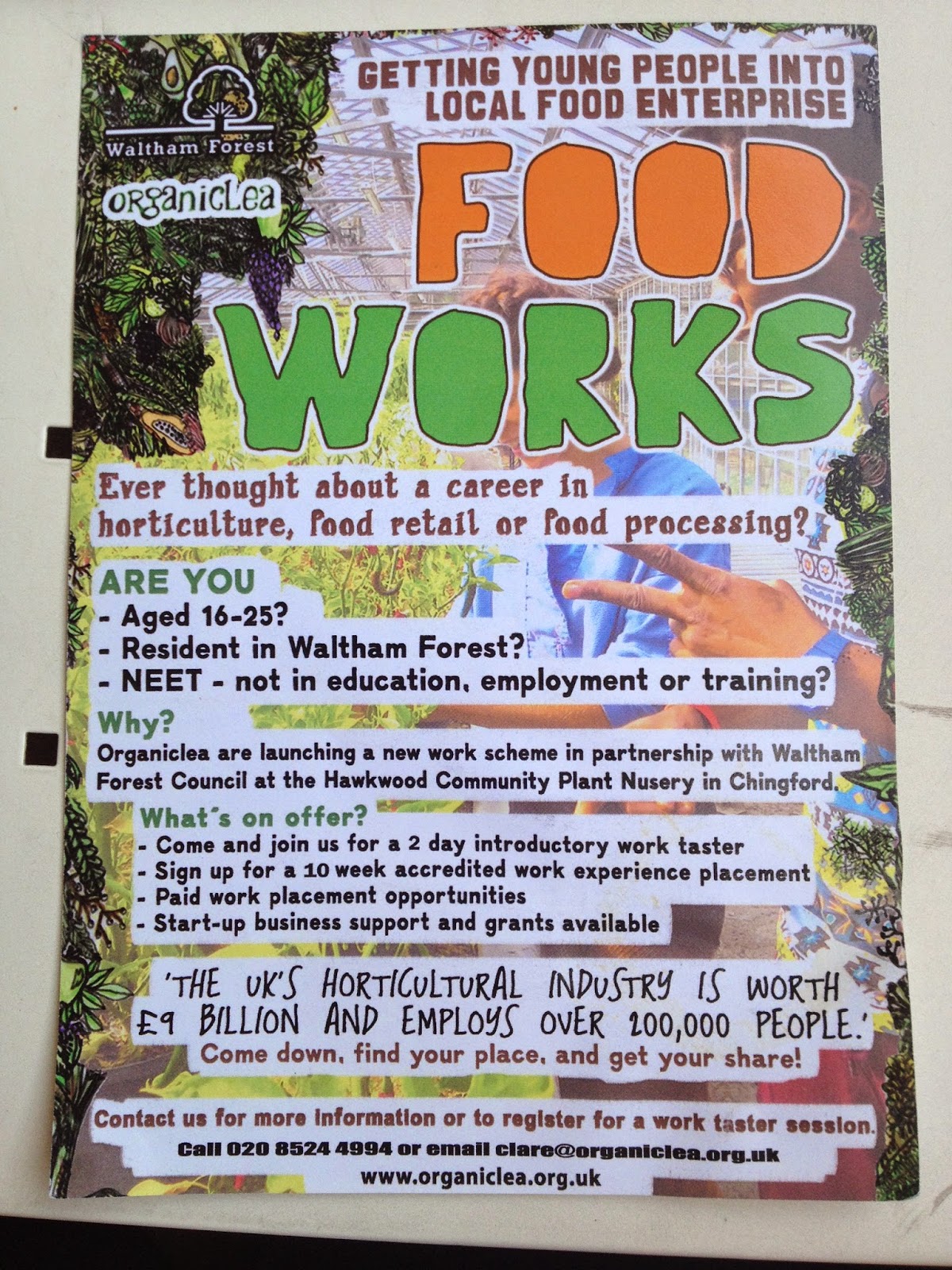 They confirmed they had provided the fruit, cucumber and mint for the Potcy Cold Store’s frozen yoghurt and popsicle previously featured here: http://e17arttrail.blogspot.co.uk/2014/07/appetite-post-day-one-of-artillery.html

If you too would like to try some of their fresh produce, they do a fruit and veg box scheme, more details available here: http://www.organiclea.org.uk/we-sell-food/box-scheme/.

There are also plenty of recipes on their website to inspire you with what to do with your veg once you get it: http://www.organiclea.org.uk/category/recipes/

They were also promoting the Food Works work scheme.

The team were back with their beautiful cakes and equally pretty pink lemonade, which was refreshingly tangy in the heat. 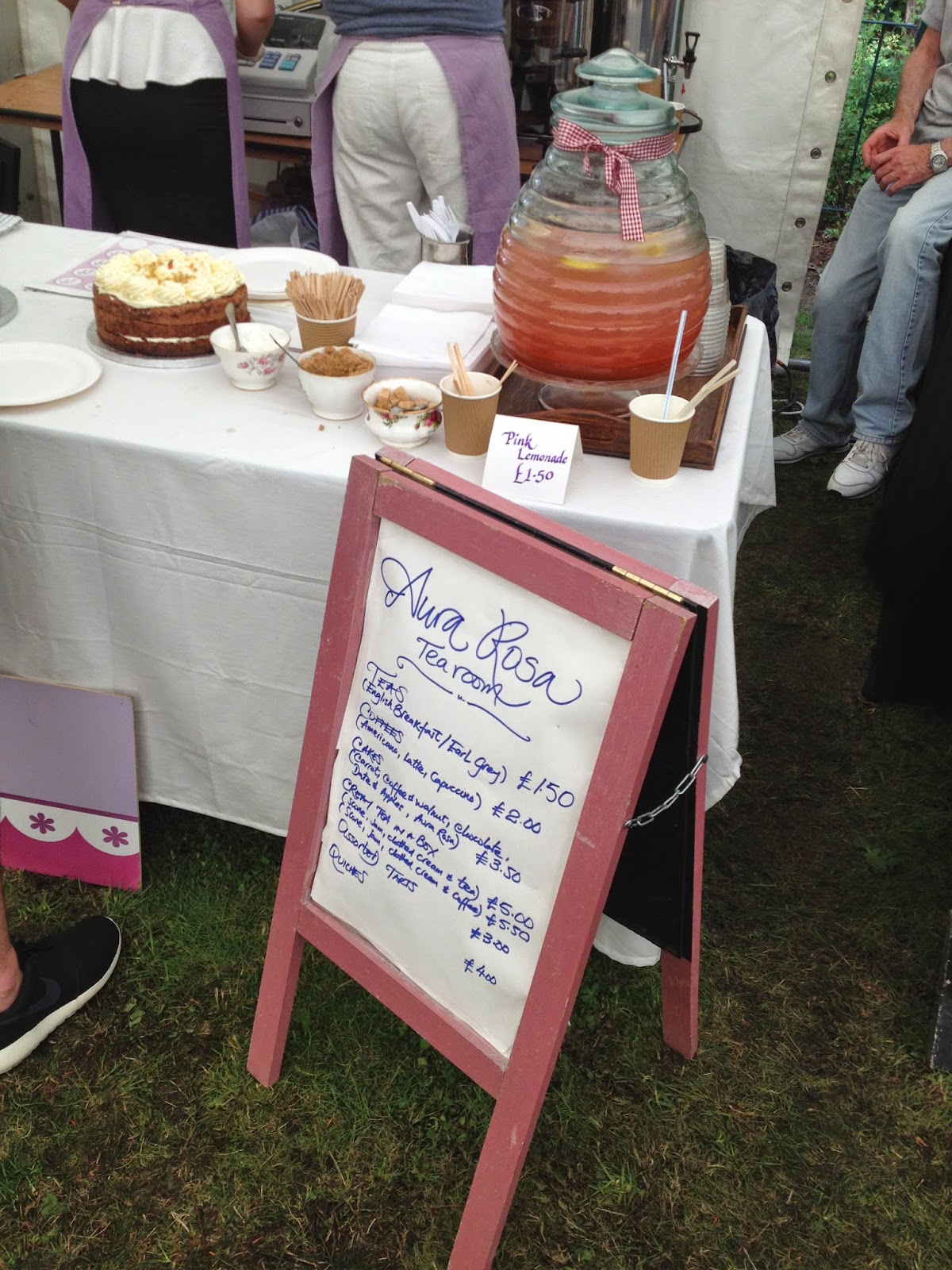 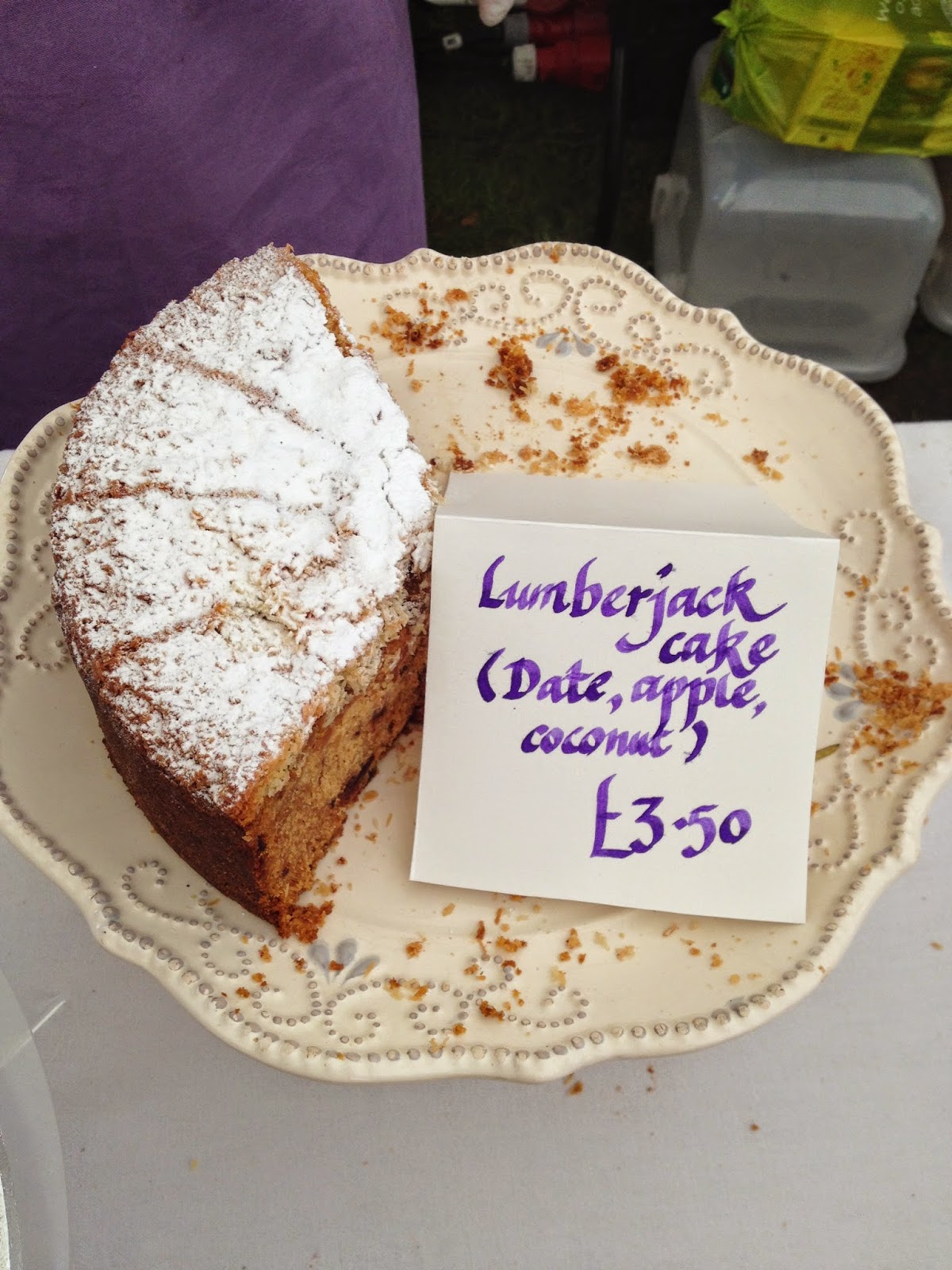 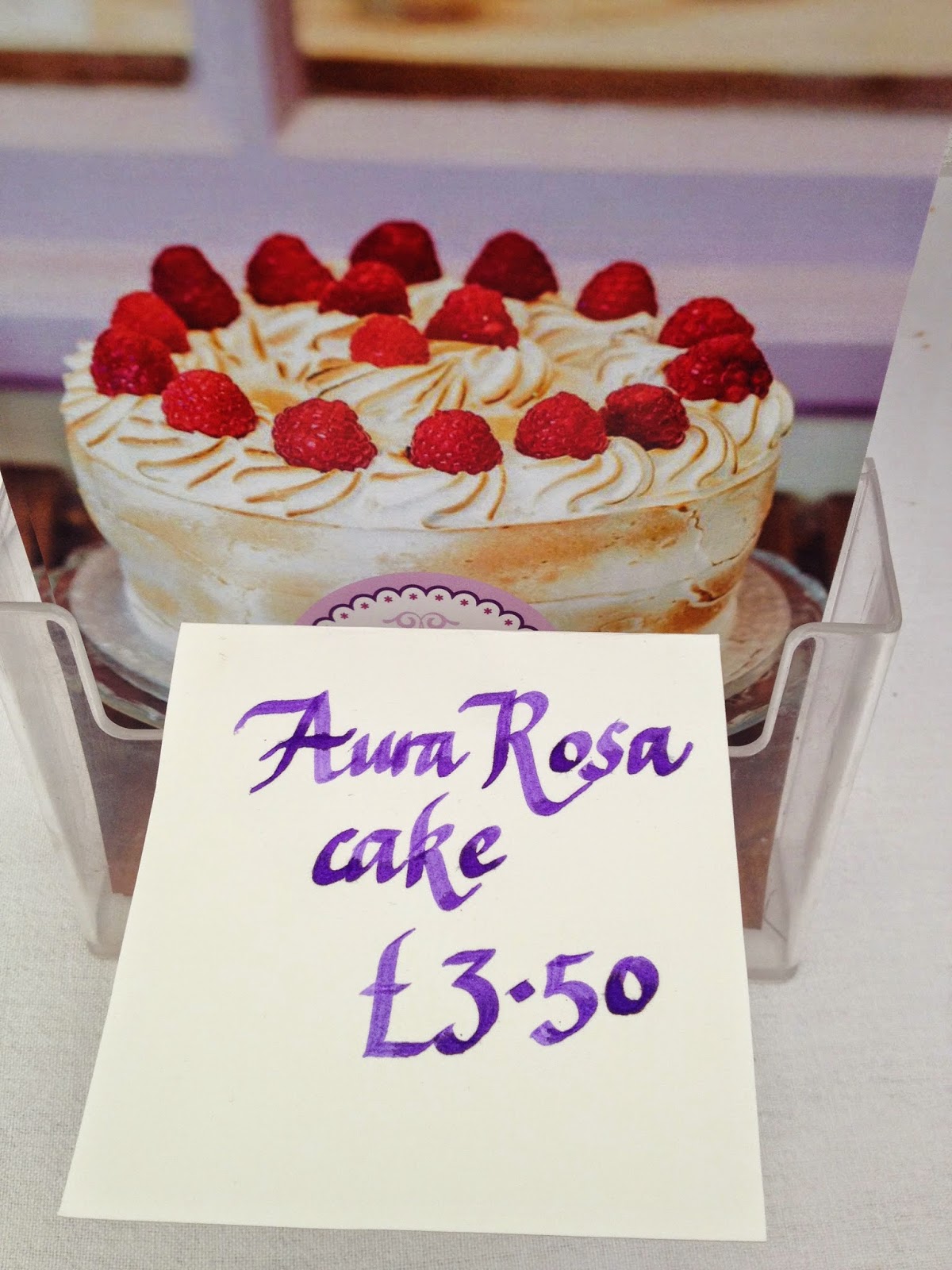 Sadly this had all proved too popular and had all been eaten so I could only take a photo of what I had missed.

Still there was an interesting selection of cakes remaining, including the intriguingly named Lumberjack cake!

Their exciting news is that they’ve coupled with Mother’s Ruin to create an exciting Gin and Pudding Palace. There, they match Aura Rosa cakes to specially selected gin cocktails. Be sure to head down to visit them near God’s Own Junkyard and sample their assiette of matching desserts including crème brûlée and cream tarts. 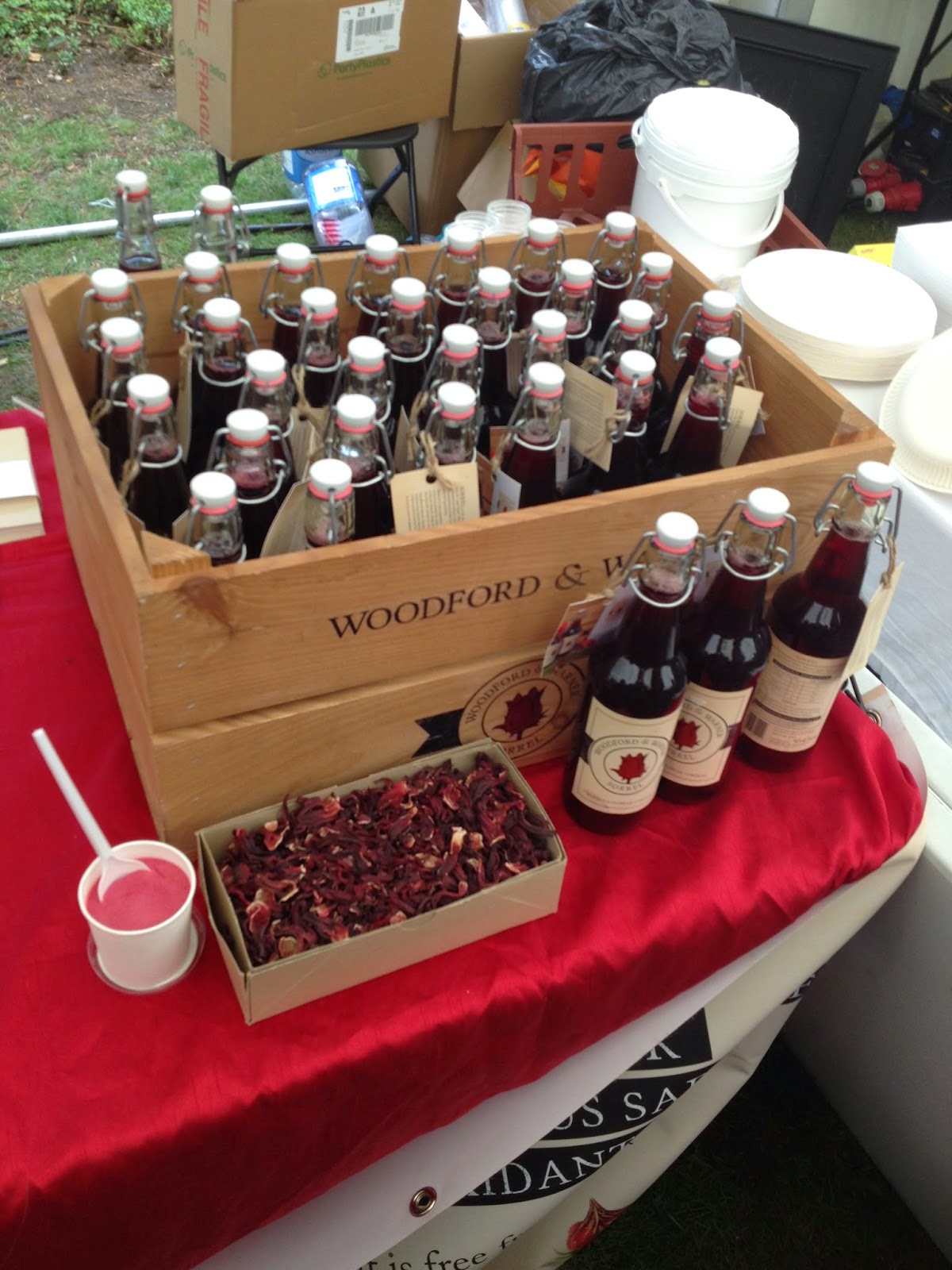 Serving both her own recipe sorbet and citrus punch all made free from preservatives and additives, Sarah had also teamed up with Northern Imagination to create a series of bespoke cocktails for the event. Lending the sorrel recipe’s unusual spicy notes to the creations. 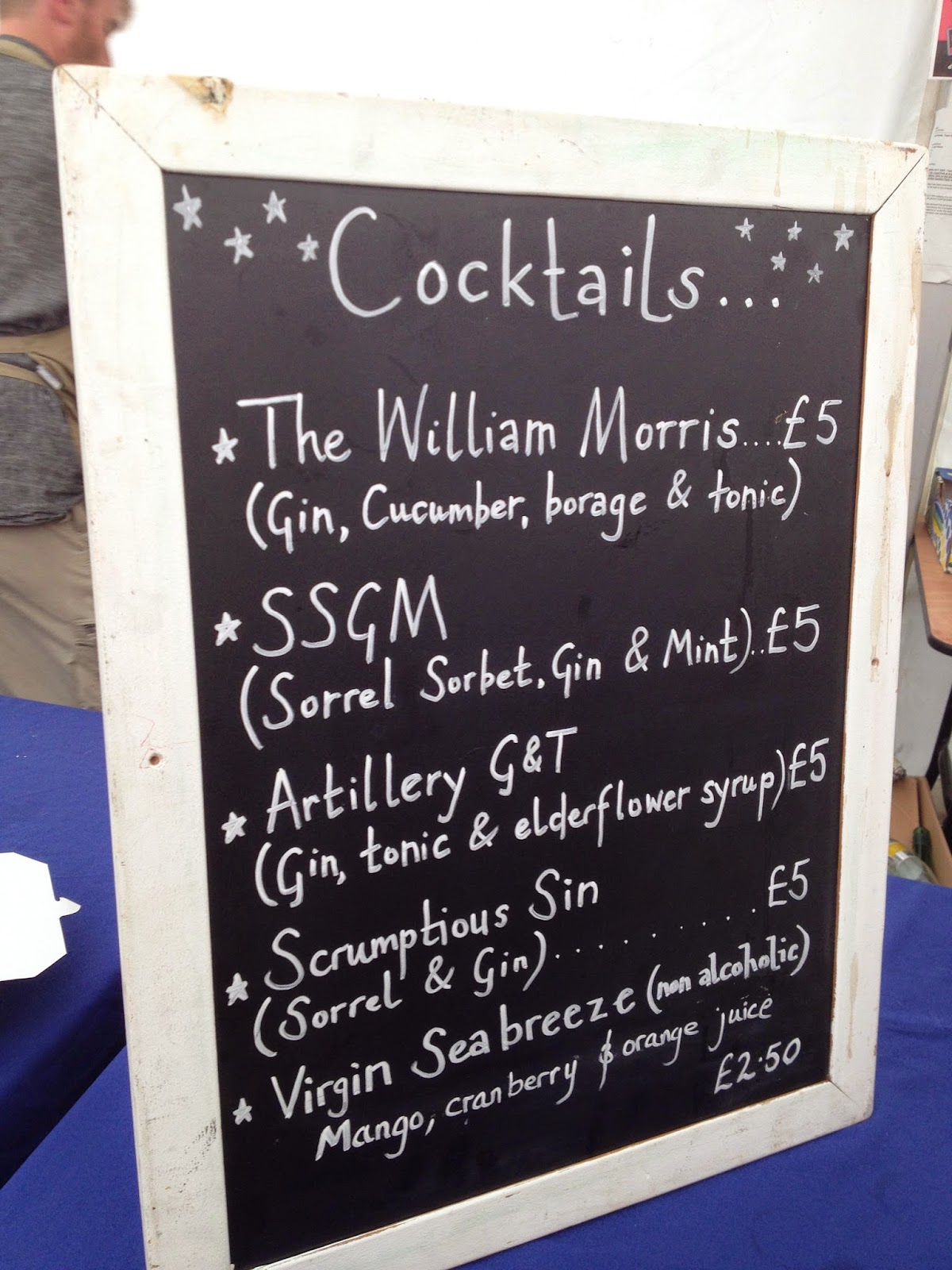