More Than Just A Walking Tour... 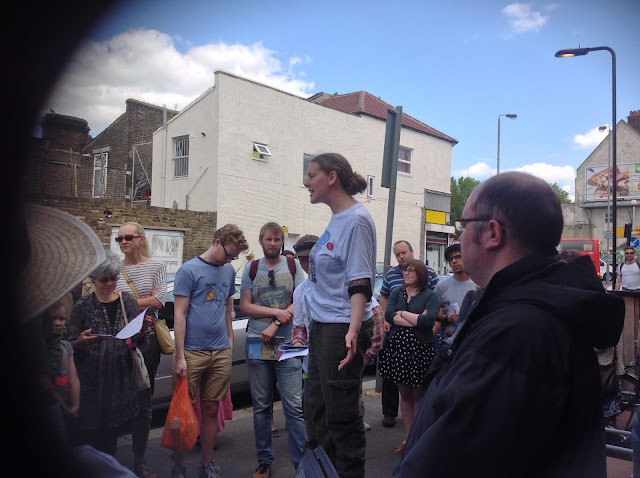 Hosting a guest at our venue on the art trail, in this case an old friend and colleague, Dr Gareth Rice, I was reminded of something he said to me when I visited him in Helsinki "the map is your enemy". He was referring to the practice of psychogeography where one walks randomly around a landscape looking for the echo of the landscape. I was briefly baffled until I realised that this is what I almost always do when I'm in alien territory. Gareth was staying in our studio for the weekend and followed me as I trailed and took part in the extensive walking tour. As ever his sage words rang true as we got cut adrift from the tour, but that is another story.

Marshalled by Morag McGuire, we lighted out from The Mill, three groups of trailers, impressive numbering over sixty in total. It was a humid afternoon and we were warned by Morag in advance to load up with cake and water in advance as we were going on an off the map trail and covering a good amount of mileage. Again, coincidentally, what I was rattling on about in the paragraph above. I love the notion of venturing beyond the boundaries in whatever sense and going off the map really intrigued and appealed to myself and my Sancho Panza for the day, the good Dr Rice. Gareth is an urban geographer, so I was further intrigued as to what he would think of the Art Trail.

We alighted at Venue 55, on Morland Road 'Some Easons, a Bergman and friends' where I was kindly given a chance to talk about my own wee contribution to the Art Trail, my novel set in Walthamstow before being warmly welcomed by venue host Serene Yeap (an apt first name, I have to add) to her curated group show of illustrations, print, photography and miniatures. Serene described herself as a collector of curios and we there were delicious cakes on offer available for a charitable donation. Phoebe Eason's witty and punning prints were both funny and thought provoking, especially her print entitled 'Happiness Is A Warm Bun' a hilarious take on John Lennon's 'Happiness Is A Warm Gun' from The Beatles' 'White Album. We were back on track in jig time to light out for the next ports of call, Venues 56 (Culture, rebellion and graffiti) and 57 (Stowhemia). Jennie has covered both of these in a previous blog post and all I would like to add and indeed reiterate is that both are well worth visiting. A slightly longer trek to our off the map venue of Masquerade 2000 followed, in Leyton Industrial Village a hidden gem in an unprepossessing location.

Masquerade 2000 is a community project that creates large and elaborate set pieces, not to mention beautiful costumes for the Notting Hill Carnival. A dizzying display of warriors, Greek gods, jewelled skulls are housed in a Tardis like warehouse. I was struck at just how many such artistic enterprises are hidden behind corrugated shutters in unusual locations. Although officially off the map, Masquerade 2000 was well worth the trek out to Leyton. With the pleasant olfactory whiff of bread from the nearby Kingsmill bakery in my lungs, we circumnavigated our way, led by our patient and excellent volunteer guide Penny to Venue 108, Steven Smith, H Locke and Lucy Harrison's brilliantly curated selection of ceramics, illustrations and writing. Steven generously poured multiple cups of tea and offered cake to the trailers, some of whom (myself and Gareth included) wearying at this point, as the temperatures soared into the low 20s (positively volcanic to a Celt like myself).


Steven Smith's ceramics represent a range of styles and influences as well as utilising off cuts "reusing them to uncover the hidden beauty" I was struck by both the environmentally friendly mingling with my own notions of aesthetics i.e the unobvious is often the most beautiful. H Locke is a pithy and imaginative illustrator and her collaboration with Smith 'Theydon Heist' resonated with a wry humour. Lucy Harrison is a prolific and eclectic writer whose CV is both impressive and varied. From her extensive history of the Warner buildings to 'A Club Collection', which chronicles the myriad clubs and societies of the East End of London, her writing encompasses the arena of public and social engagement with depth and aplomb.

It was at this point that I realised I had to be back at our own trail venue as I was performing two readings and time was very much my enemy. Gareth and I headed back towards Thorpe Crescent and I noticed at the top of Theydon Road one of the addresses I used in my own fiction, Boundary Road. This is where the psychogeography factored in for a brief moment. It sounds complicated and is an unwieldy term, but is essentially a simple concept. Anyone can partake in fact, all you might need is a pen and a notepad and the next time you are out on walk (a non-working day) take some random notes and see if there are any resonances from what you observe or feel during the walk. I use walks in almost everything I write and the Art Trail is a magical way of inspiring me to create. It might work for you too.

All in all, it was a fabulous and informative walk, both visually and in terms of engaging with the art on offer. Our three walking guides, Penny, Julian and Morag were invaluable and an absolute credit to the Art Trail. I would like to take this opportunity to thank them personally for their unfailing energy and aforementioned patience. 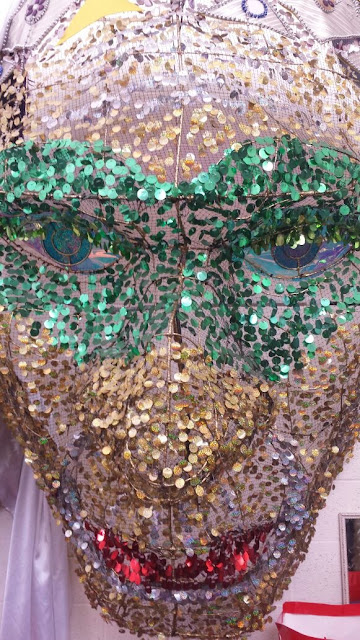 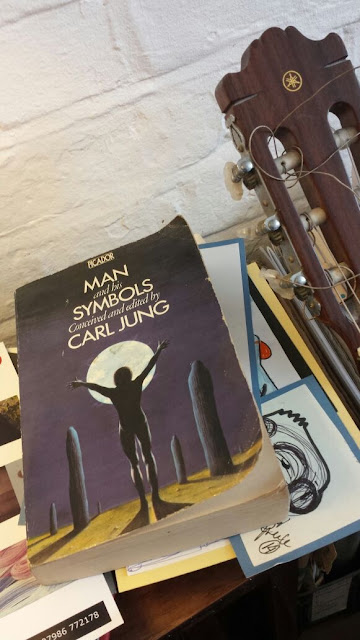 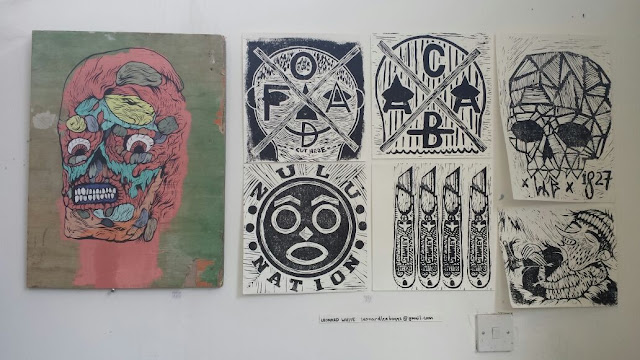