If you were expecting the same as the previous day you would have been surprised. Coffee and biscuits had been replaced by exotic ice cream from Osinsky. 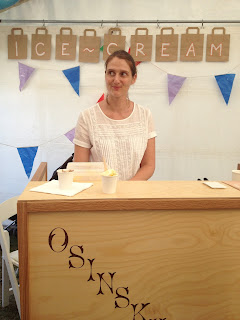 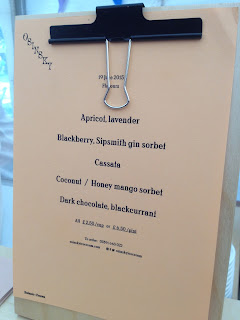 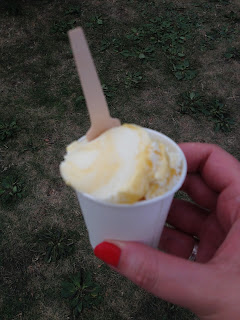 Honey had moved onto Organiclea’s bench and both Cambodian food and Louise’s intriguing food art had moved in. 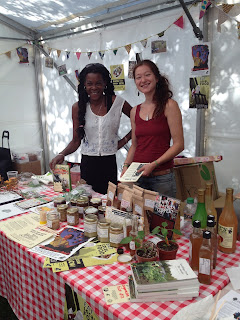 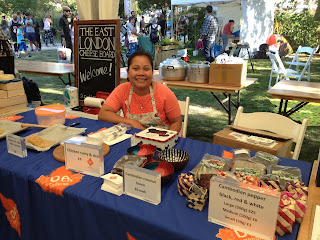 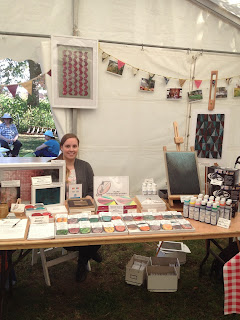 Morag's cultivations had had their moment in the sun and had been replaced by Katja Rosenberg's amazing travelling Favourite Words line printing workshop. 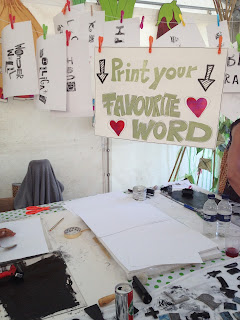 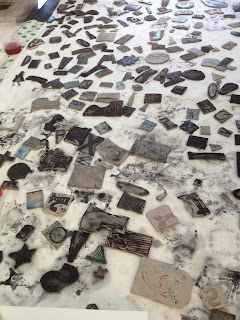 Along with a whole line up of new speakers, presenters and food demonstrators Sunday was all set up. 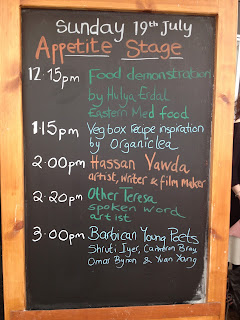 My 'one to watch' new exhibitor was definitely Louise’s Palette2. Such a different offering where using her patisserie experience she created edible works of art to share with friends and family. Certainly a good present for those you know who seem to have everything! 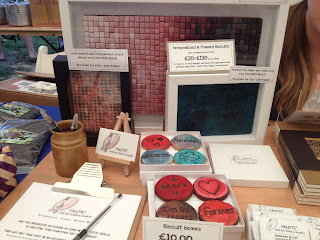 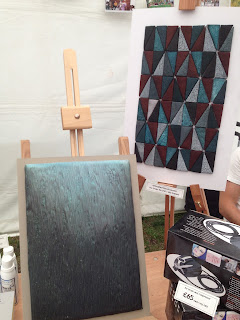