As the strands of Appetite, E17 Art Trail and Cultivate grew together in Artillery Island’s marquee, the Waltham Forest Cultivate Summer Produce Show took shape on the Saturday. Proud gardeners were invited to submit their precious produce under one of three headings: 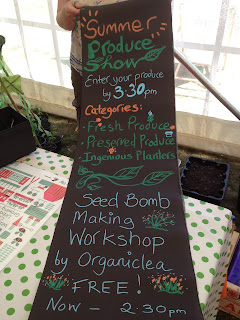 Here's Morag's run down of the event and the winners for each category: 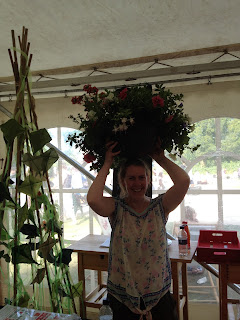 "The judges had a great time deliberating, it was all a bit touch and go whether they would reach a decision in time! 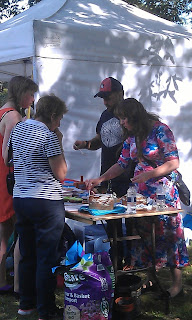 Huge thanks to Faruk (a master of vertical planting), Jenny from Norman Loves and Victoria and Helen from Copped Hall Kitchen Garden who kindly acted as the judges on the day. 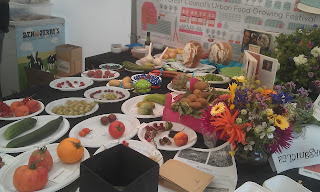 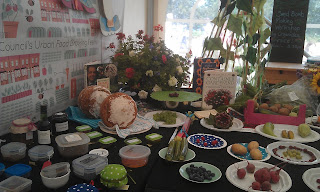 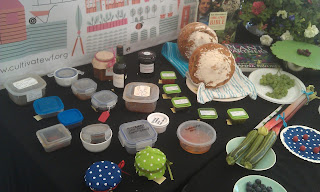 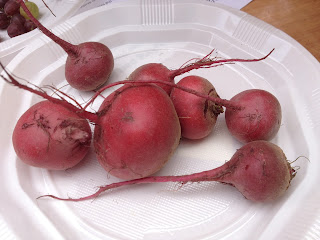 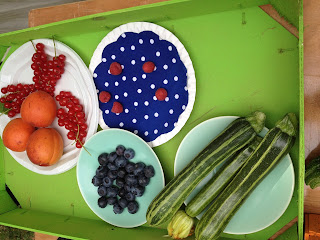 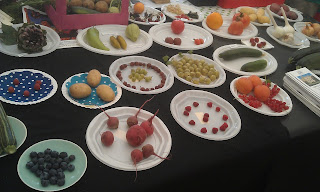 The winner for fresh homegrown produce was Julia Brown whose Invicta Gooseberries were plump and so so delicious. Grown on allotment - Sinnott Rd. Julia wrote she brough them to the show for two reasons:
Her prize was the ingenius grape lid from Charles Viancin donated by Grace and Albert Cookshop, 406 Hale End Road, E4 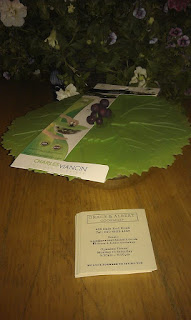 Larissa Lockwood came runner up for her raspberries grown on her allotment and entered into the Summer Produce Show 'for a bit of fun'.

Winner of Preserved Produce was Maud Milton with her organic sourdough - one white and one white/granary loaf.  "We call the starter Mama Lampo. The starter is over 100yrs old, originates from Genoa, via Oslo to E17" Maud was awarded an Organiclea veg box to provide some yummy accompaniments to her bread.

William Forbes & Harriet Podwick came a close second for their collection of jams, jellies and a fruit leather.

To replace the ingenius planters prize, the judges created a spontaneous award for Well Presented - this award had not been previously announced, but despite the challenge of not presenting preserves in anything glass, many entrants took a lot of care in their presentation and the judges wanted to acknowledge this.

The winner was Maisson Al-Jawad who beautifully displayed a golden beetroot, purple kohlrabi, tomato, courgette and nasturtiums on a slate. "All grown from seed outdoors in my small garden in E17" 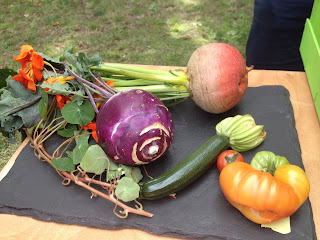 When asked "what convinced you to bring it to the Summer Produce Show?" Her answer was simply: "proud of my efforts! (First year properly grown veg)" What better reason could you need? Her golden beetroot was worthy of a golden globe! 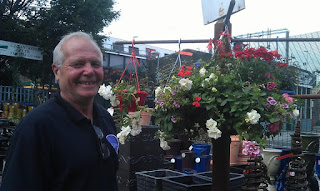 Runner's up prizes of a choice of books were generously donated by judge and Copped Hall Gardener Helen Lowther.

Morag also wanted to give special mention to Forbes and Podwick for their foraged produce and Julia Brown’s raspberry Jam.

Let’s hope we can make Julia’s dream of a regular produce show a reality. 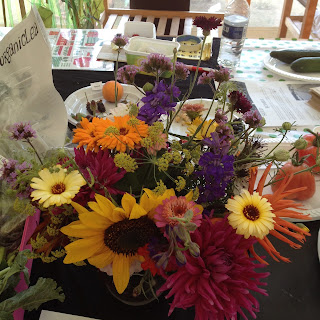 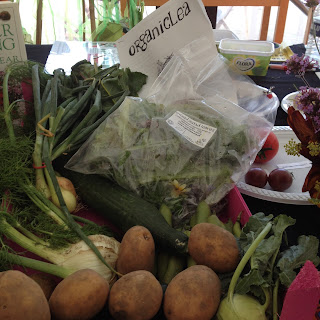