Deborah Nash presented an insightful talk on the history of food within art, its context and relevance, the symbology and form it can take.

To set the scene, two cakes had kindly been donated which were Mondrian and Jackson Pollock inspired. 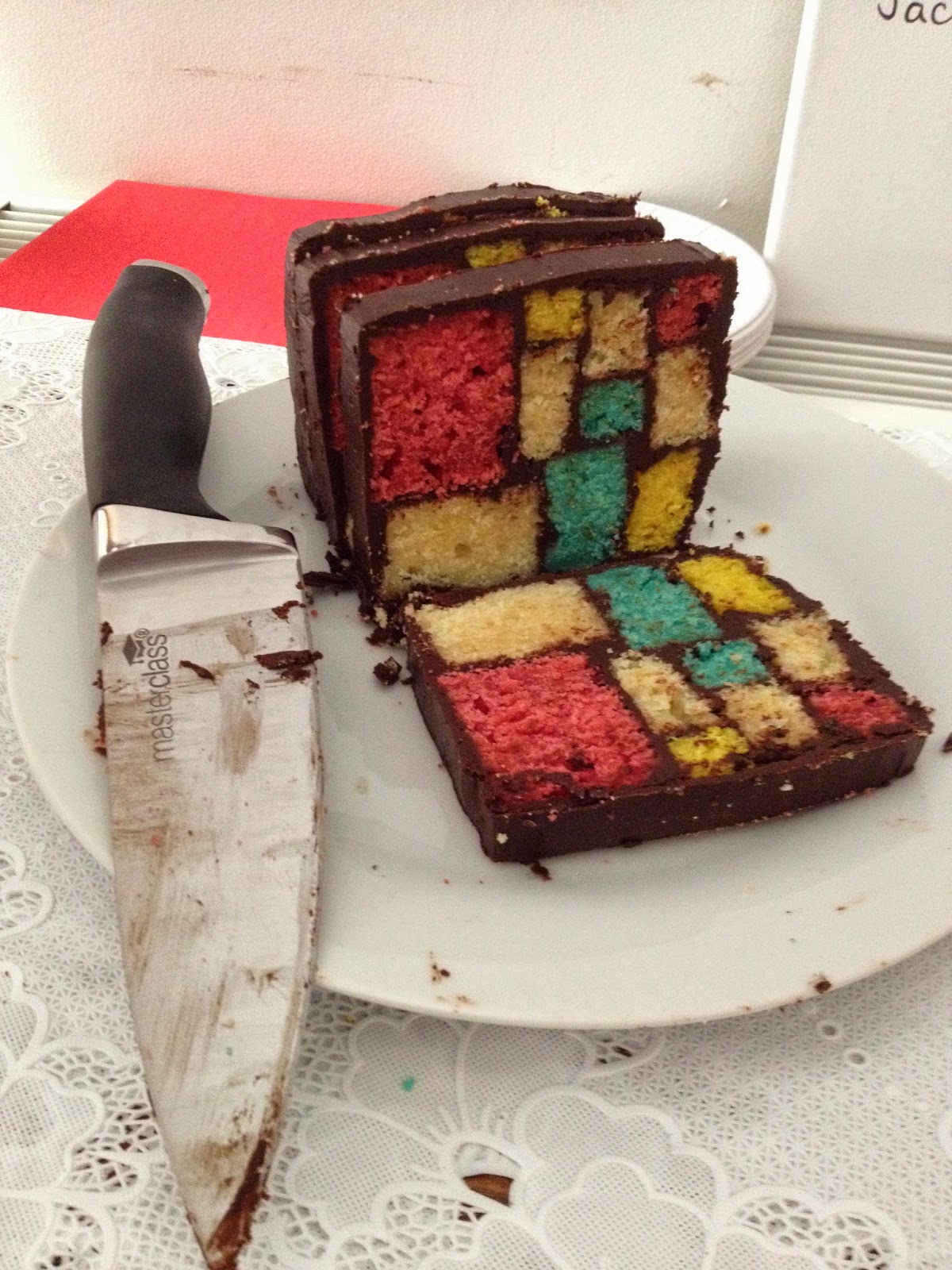 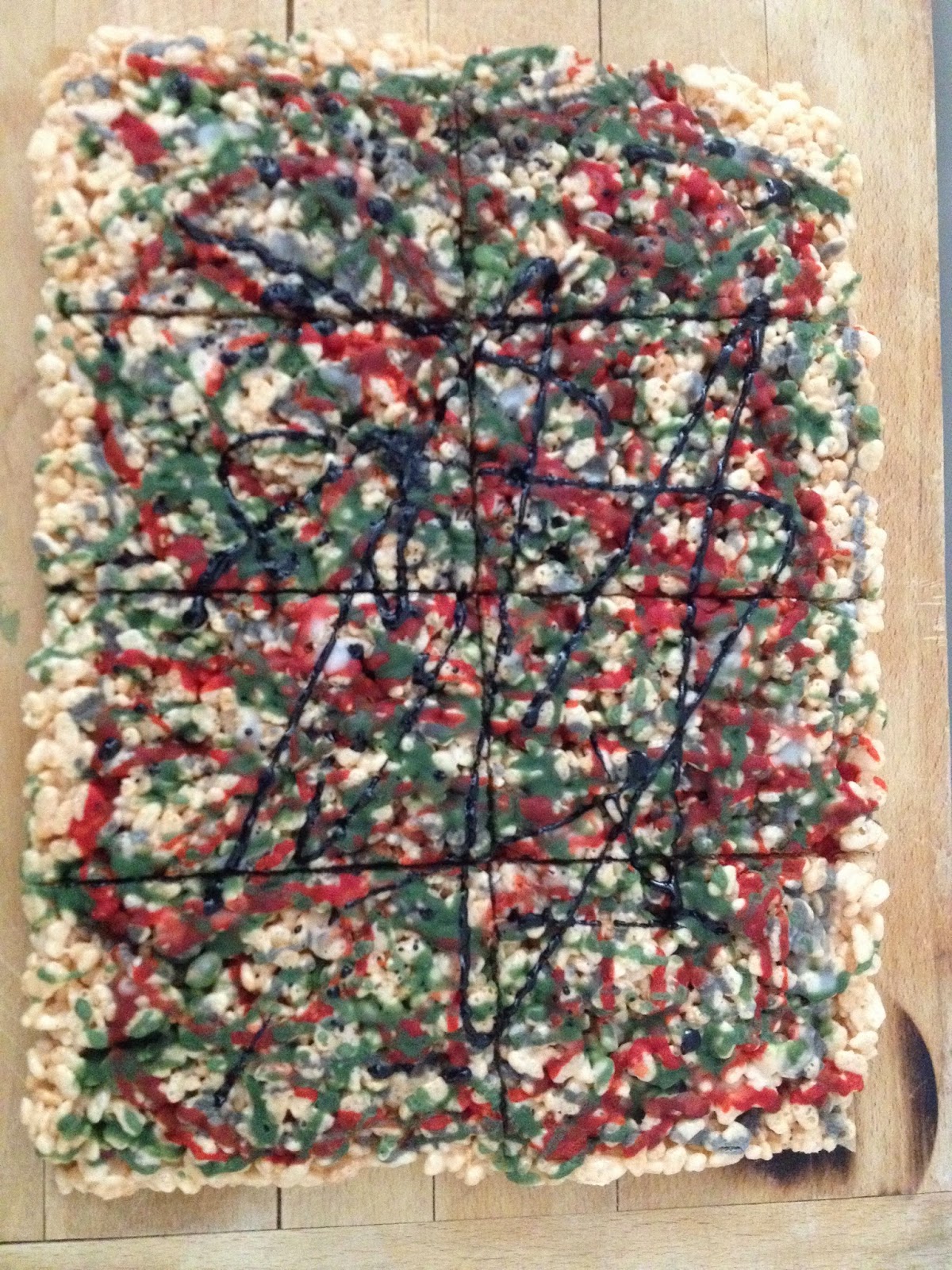 Starting in Egyptian times where the Nile had most importance as the source of life and much food for the population, Deborah wended her way through genres and styles.

Caravaggio’s time the importance of food could be interpreted through aspects like the direction of light and shadows. The appearance of the fruit, whether glossy and appetising or scarred and imperfect all gives meaning.

The subject of food can be used to create a stir and raise eyebrows such as Judy Chicago’s “The Dinner Party.” Or it can be used to send a political message such as Lubaina Himid’s “Swallow Hard” bringing forth the black servants’ anonymity.

Food can be depicted to be phallic, patriotic or create a sense of despair and a sombre atmosphere as with Frida Kahlo's work.

Alternatively, in the case of Helen Chadwick with “Cacao,” the multisensory experience: the texture of the chocolate fountain, the sounds of the gulp and gurgle for the bubbling liquid; the richness and gluttony that exudes. The slightly dark edge behind it, of sin and greed and danger. 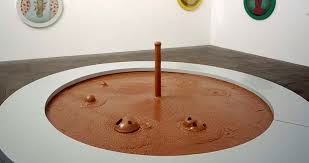 Food and the senses have played their part in grand exhibitions, such as one Deborah had the fortune to attend called “A Futurist Banquet” where each feature of the dining scene was carefully considered to have a role in the overall experience. This even extended down to the menu which had three strips of material on the back to be felt: velvet, sandpaper and ribbon. 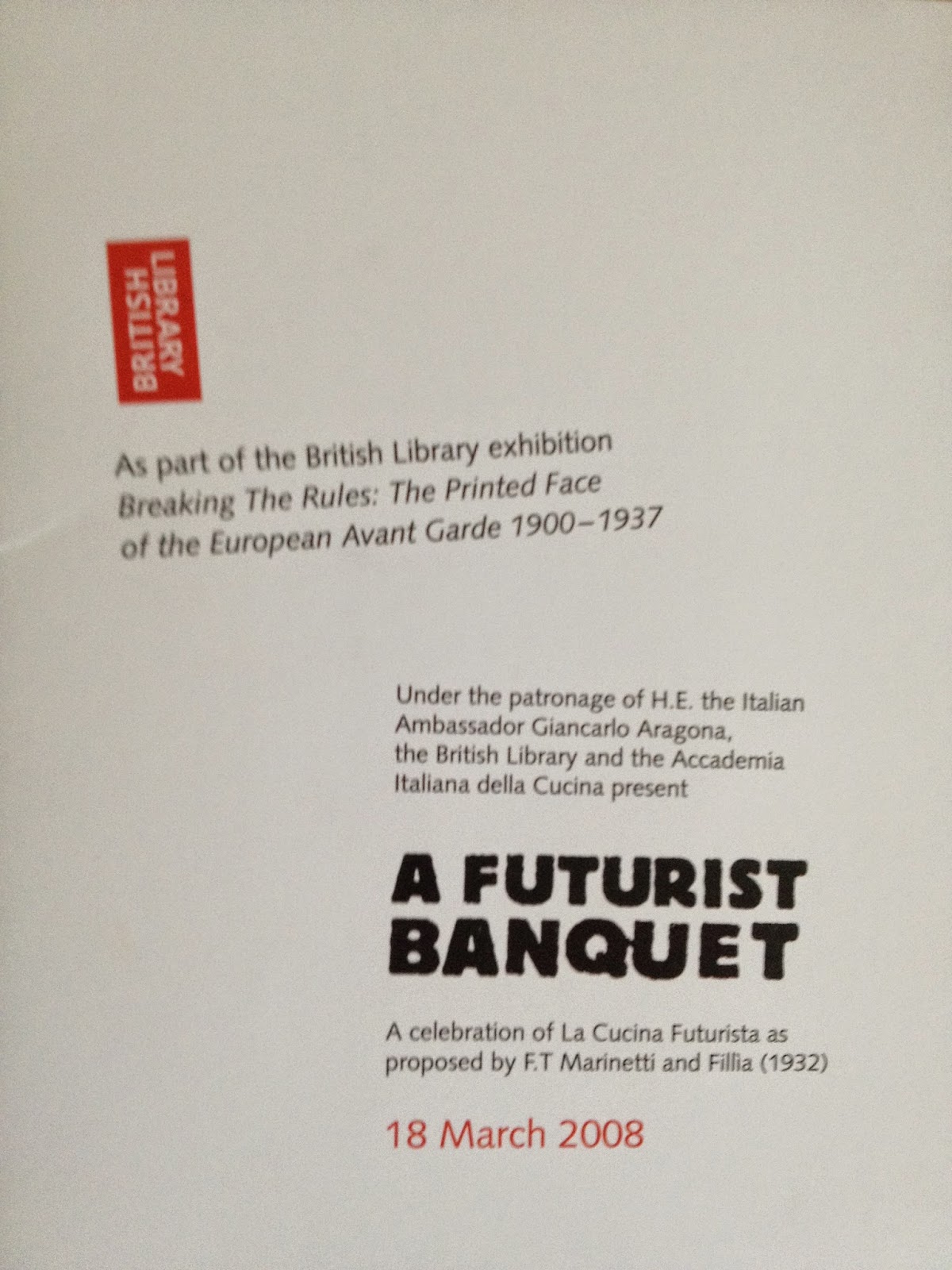 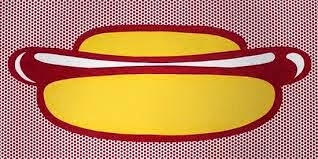 From the simplistic two dimensional, to the richly detailed Bartolome Murillo’s “An African Boy and Two Street Urchins” has so much focus on the texture of the basket and the crusty pie that you feel you can reach in and taste it. 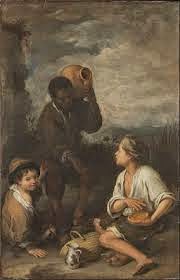 The art tells a story of what we have eaten throughout history, its social context and even cooking methods. Diego Velazquez’s “Old Woman Frying Eggs” shows her using the same method for poaching as we do now. 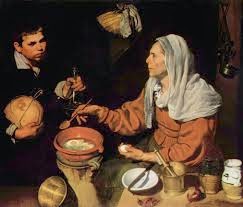 In the case of “The Last of England” by Ford Madox Brown, it showed that cabbages (in the bottom edge) were preserved on sea voyages with the salt from the sea spray. 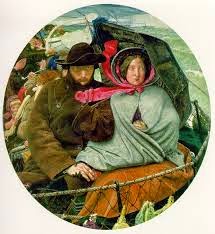 There’s also the playful way that artists such as Dieter Roth use food. He took the saying “eat up a book” literally and chop it up into a sausage casing in his work “Literaturwurst.” 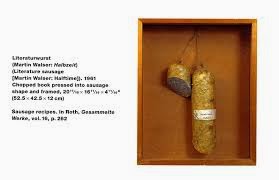 Deborah herself has gone into schools and worked on projects using food from a certain area to decorate the art, using for example seeds and tea from that country of province.

So there you have it, food really is everywhere, so seek it out. Even if a child in the background of your favourite painting is eating an apple which you once may have overlooked, look again. Perhaps reconsider why that artist chose that fruit, that angle, that appearance, what story was she or he trying to tell you? Or just have a go yourself at creating your own food artwork.