Guest Blog: Kester Muller explores the not-so-naive art of Fred Boorer, or “The World According to Fred” 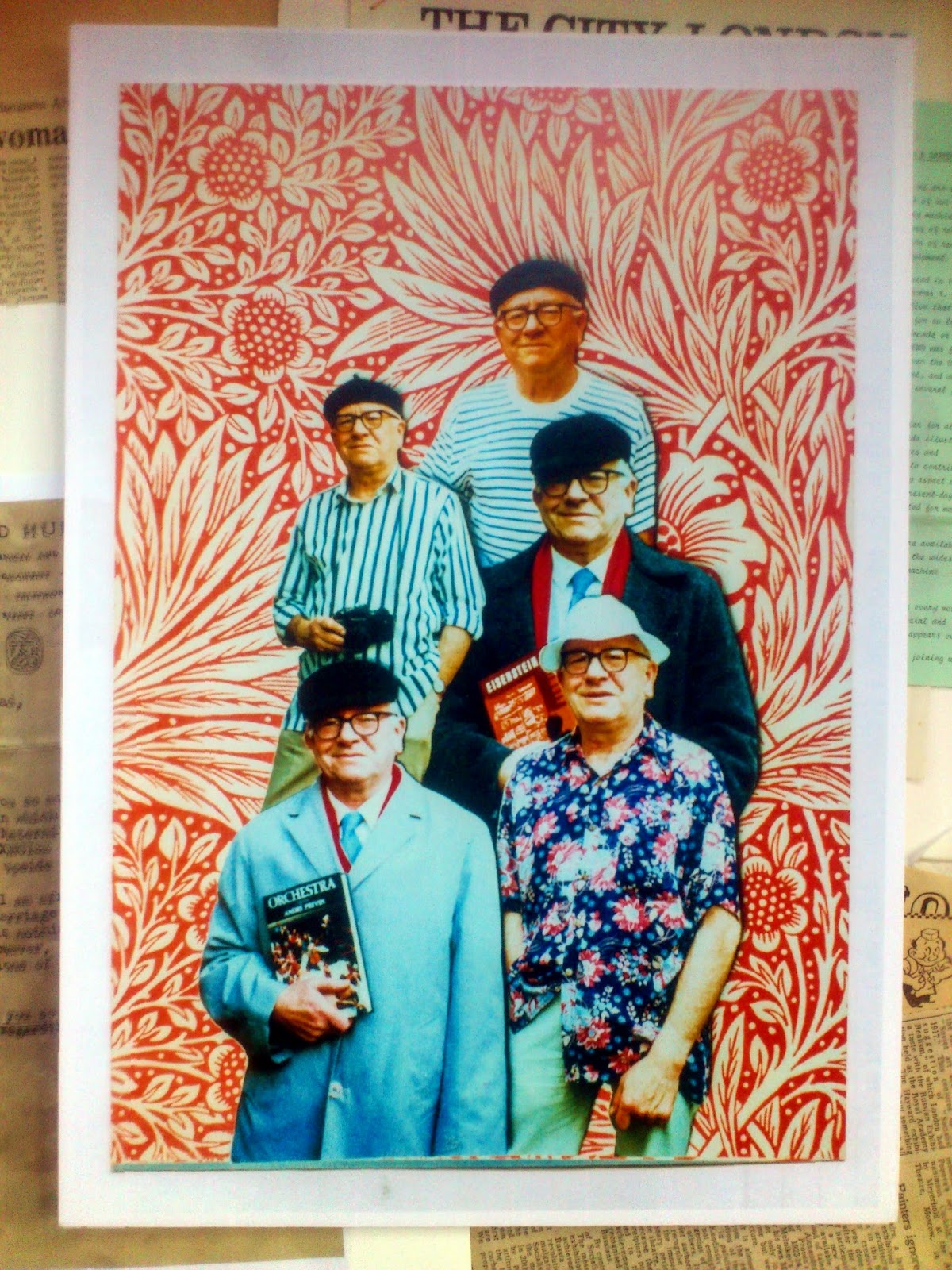 Fred Boorer was a Walthamstow man through and through, the only son of a couple who lived on Boundary Road. Later, the small family moved just a few hundred metres to the ground floor flat of 43 St. Barnabas Road – a fine red-brick Warner-type terraced house. The flat was small, with only one bedroom and no bathroom, yet Fred, who never married or had children, lived there with his parents and later alone, until his death in 2003. He was dedicated to his parents and neighbours, and was known well by all on St. Barnabas Road and beyond. He could be seen crossing the street once a week with his bath-towel – his friend Ted had the luxury of a bathroom!

Filmmaker Jonathan Elliot moved in to the first floor flat of number 43 in 2001. He came to know Fred well in his final years. He was a true man of the community, and an active socialist as it later transpired. The more Jonathan talked to Fred, the more he understood how unusual he was. The son of a dock worker, and with little formal education, Fred had fashioned himself into a man of high culture. He worked as a book binder and was constantly reading, listening to jazz and seeking out opera performances, presumably in central London. Jonathan knew that Fred was producing a lot of art, but he never sought to exhibit it formally and seemingly never saw himself as 'an artist'. However, when Fred died, Jonathan aided Fred's relatives in sorting out his possessions and was quick to rescue his art work when it went unclaimed.

Some years later, Jonathan married Rachel, who moved in to the St.Barnabas Road house. Though her background was history, Rachel was interested in, and working in, the arts. She came to feel like she knew Fred well, though she had never met him - through his art and the stories their neighbours told. Together Jonathan and Rachel decided that Fred's story should be given a wider audience and this year they opened up their own house to the Art Trail, to showcase his work and tell his tales.

Fred's art was very diverse. He made copious playful collages, referencing well know artists and playing visual jokes. He was part of the Walthamstow Photography Club, and shot and developed his own pictures in the club's darkroom. He included himself in a lot of his images, in some form or another, sometimes at the centre of a mass of symbols like a Waltham Forest Peter Blake. Fred was always keen to be seen as a cultured man and to involve himself in cultural events. He went annually to the Royal Academy Summer Show – where he was photographed in the pose seen here. 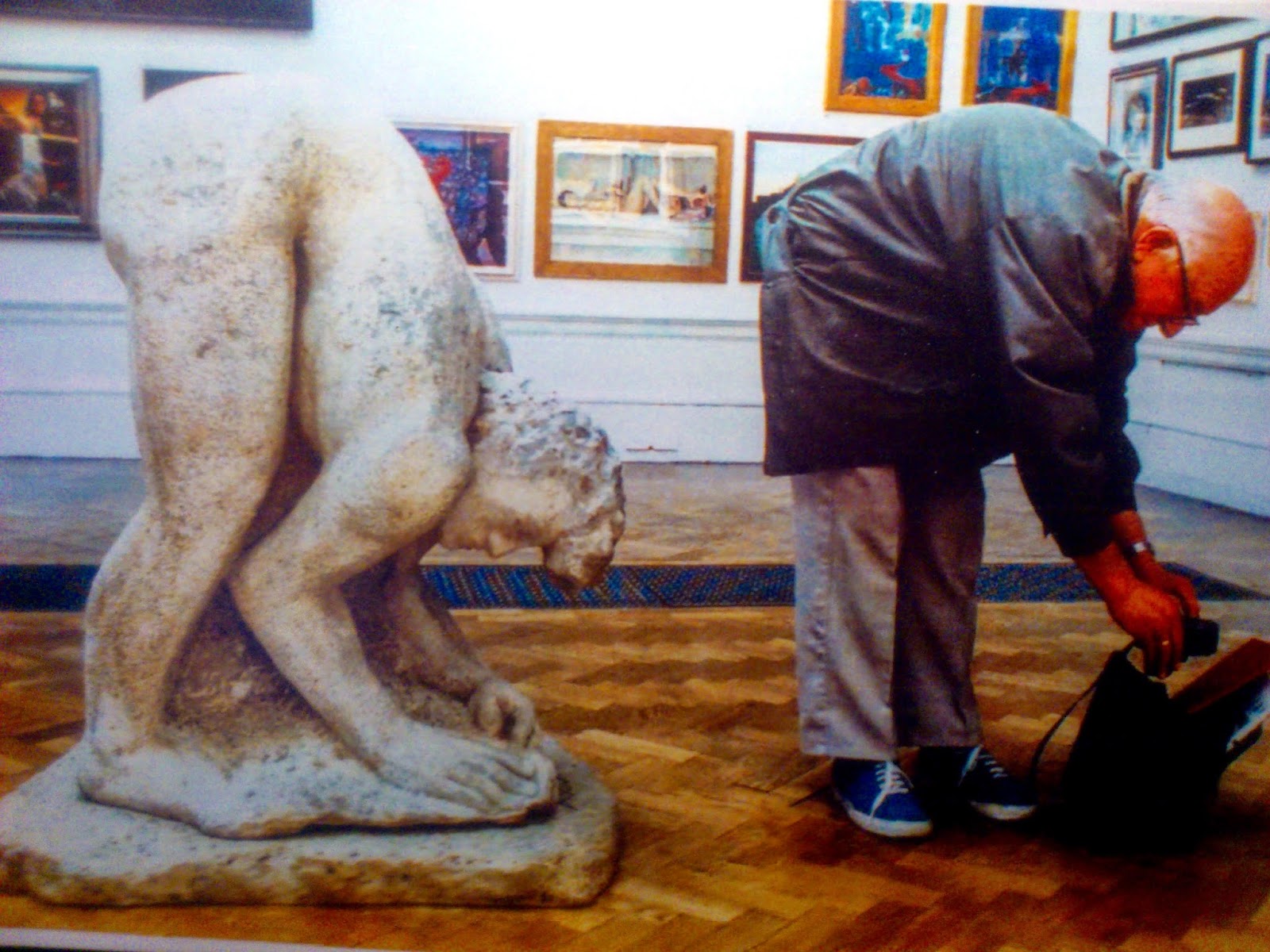 This completely un-posed image ended up on the front page of the Telegraph.

“We're all collectors when we're little, but he just kept collecting” says Rachel. Fred worked constantly, and the work displayed seemingly represents only a selection of his output. He didn't slow down as he got older, and kept up with his jazz and ballet. He joined a church late in life, encouraged by neighbours, and perhaps to deal with the loss of his father. Neighbours joke about how the ageing Fred would say: “I'm going to visit the old”. It was testament to his character that he thought about himself this way, forever young at heart.

I encourage you to see this fascinating and unique exhibition that somewhat defies classification. Thanks must go to Rachel and Jonathan for the care and sensitivity with which they have presented Fred's works. They've taken on a legacy that could easily have been lost and should be applauded for recognising that Fred was man who is worth celebrating. 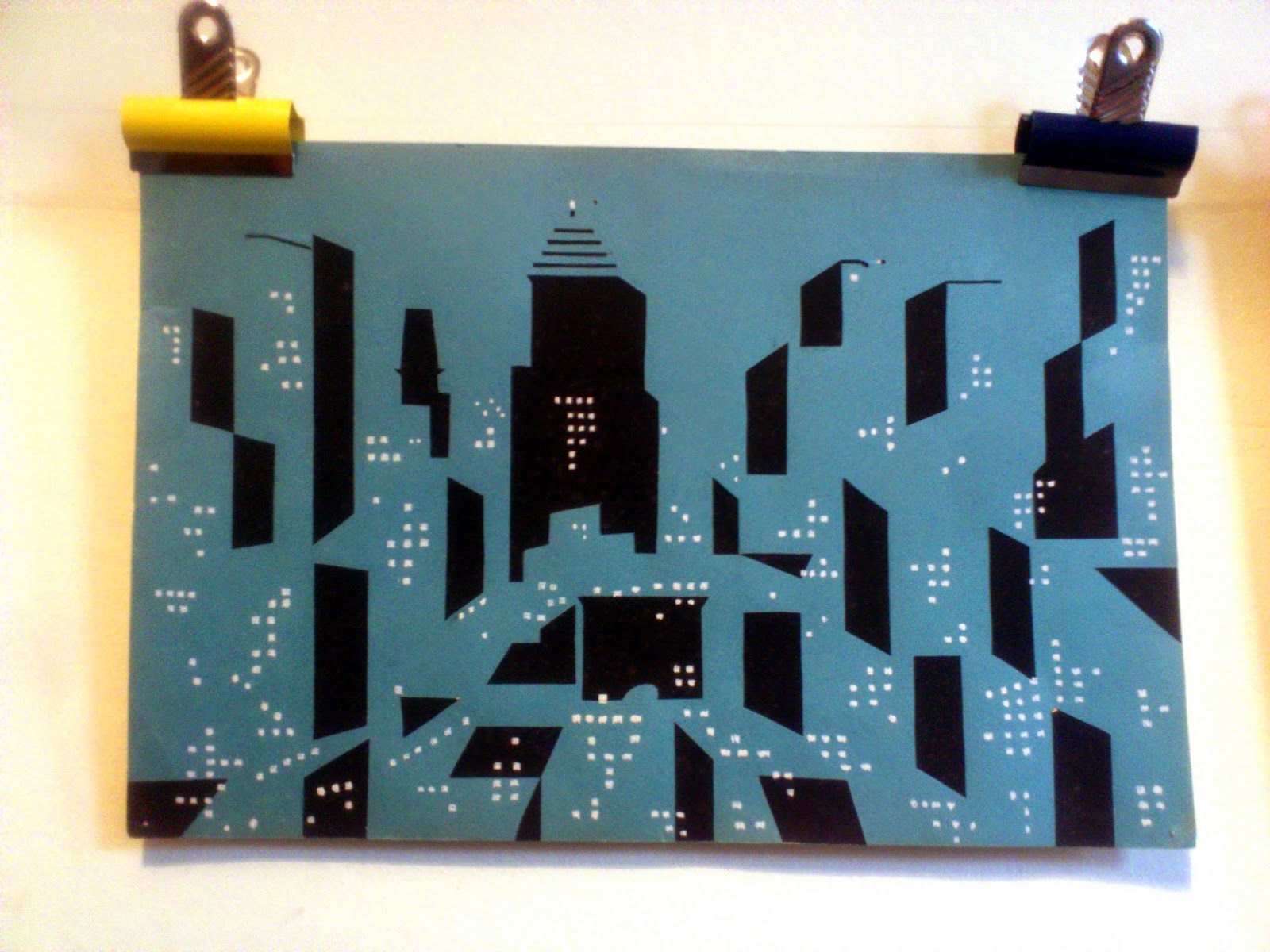