Kristen from Organiclea mirrored her talk in being an undiscovered gem. Stepping up to take the final food demonstration slot of the weekend she shone a much needed light on the much underrated magic to be found in a simple allotment. Having thought I knew something about produce, Kristen’s 45 minute slot blew me away with so many amazing and interesting discoveries. Using veg all from the Organiclea’s veg box scheme, the audience was introduced to a whole new world of tastes in her final salads. 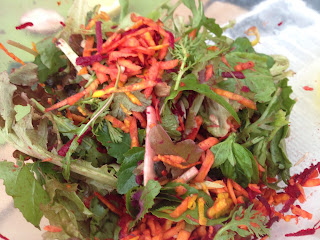 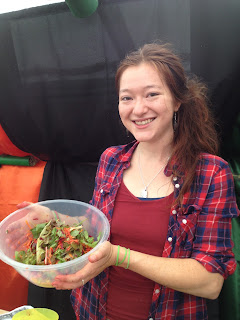 Here were my top 5 new facts I learned:

1. Out of the over 80 different varieties of salad leaf Organiclea have throughout the year, I found a potential favourite. It’s called ice lettuce and is incredible! It looks like it has little drops of dew on it and is sweet and incredibly crunchy. It actually elicited me to send a tweet to all the major supermarkets asking why we didn’t hear more about it. 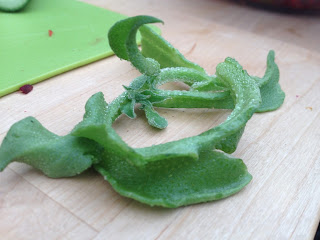 2. Beetroot is beautiful, along with being purple it can also be golden, striped, candied and eaten raw. 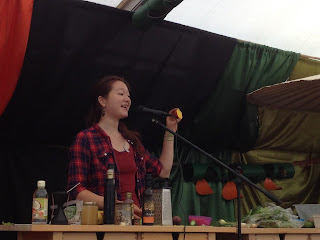 3. Did you know there are at least three uses for your carrot tops? Neither did I! According to Kristen you can make a detox tea with honey, stir fry them or make a pesto! 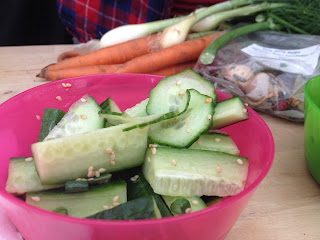 4. Tearing tomatoes apparently helps the flavour delivery – and is great fun for children, seeds all over the kitchen! Explosive fun! Salt can draw the flavours out even more, that’s why Kristen put a sprinkle of salt on her salad. 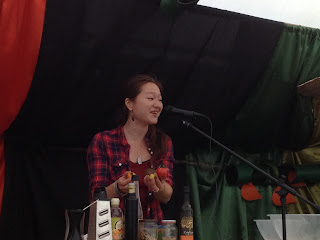 5. Basil doesn’t like being stored in the fridge – instead put it into a cool cupboard and get an extra few days out of it. More fridge space and more basil life win win! 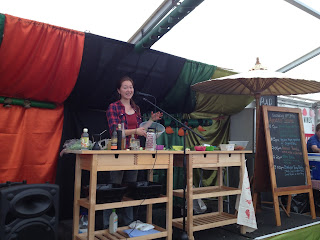 If that inspired you and you want to get your hands on some Organiclea veg boxes and salads here are is their website: http://www.organiclea.org.uk/we-sell-food/box-scheme/